ks. The committee would include both local and state health officials.

Marler noted a task force came up with recommendations for preventative measures following the 2011 E. coli outbreak at the N.C. State Fair in Raleigh. He said Cleveland County Fair officials “had plenty of time to take note and implement similar interventions.”

Cleveland County Fair Director Calvin Hastings has previously said that organizers tried to prevent any problems with E. coli before the fair started. Steps included having more hand-washing stations than state law requires, he said, and posting signs to remind people to wash their hands.

But Marler said the guidelines aren’t working well and “blaming the victims for not washing their hands is wearing thin.”

He suggested animals should be vaccinated to reduce how much pathogenic E. coli they carry and tested before they arrive at the fair.

Banning petting zoos is also an option, he said. 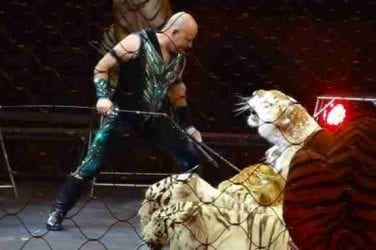 ACTION ALERT! RINGLING WANTS TO EXPORT 8 OF THEIR CIRCUS TIGERS TO GERMANY TO ...

Rocky Gets a “Home Improvement” at the Cape May County Zoo

Rocky Gets a “Home Improvement” at the Cape May County Zoo Release Date: June ... Thanksgiving Big Cat Love Story Take our poll here about what you love most ...