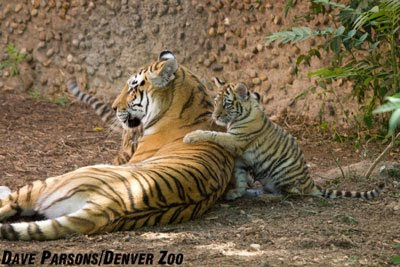 DENVER – The first set of Amur tigers to be born at the Denver Zoo since 2003 can now be seen playing out in the summer sun.

The quadruplet tigers, girls Zaria and Akasha and boys Nikolai and Thimbu, were born on May 31.

The baby tigers were given a clean bill of health on Monday and were able to spend their first day outside in the Feline II building. The Denver Zoo says the best time to view the tiger cubs is between 10 a.m. and 2 p.m.

Their parents, mother Koshka and father Waldemere, were placed together in 2008. Waldemere was part of the litter of Amur tigers that were born in Denver in 2003.

The Denver Zoo says Amur tigers, which were once known as Siberian tigers, are considered to be critically endangered, with less than 400 tigers left in the wild. 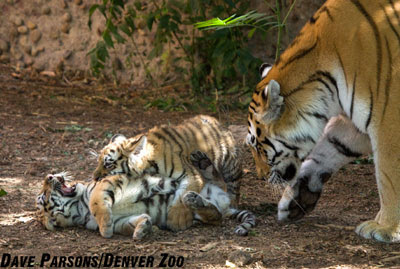 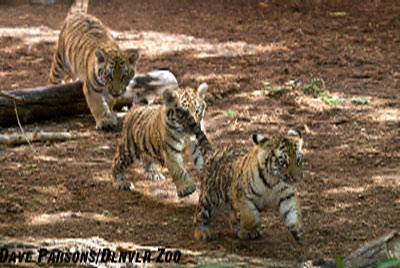 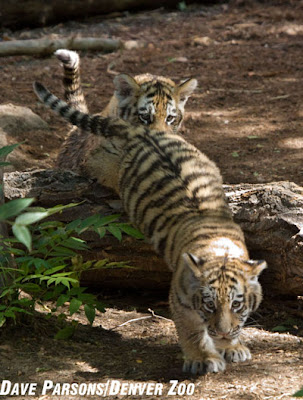 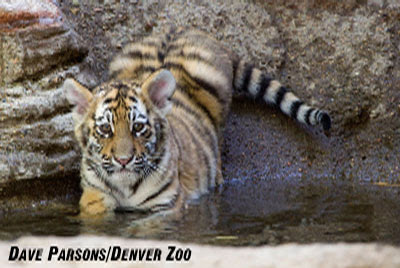