0
SHARES
8.1k
VIEWS
Share on FacebookShare on TwitterShare via Email 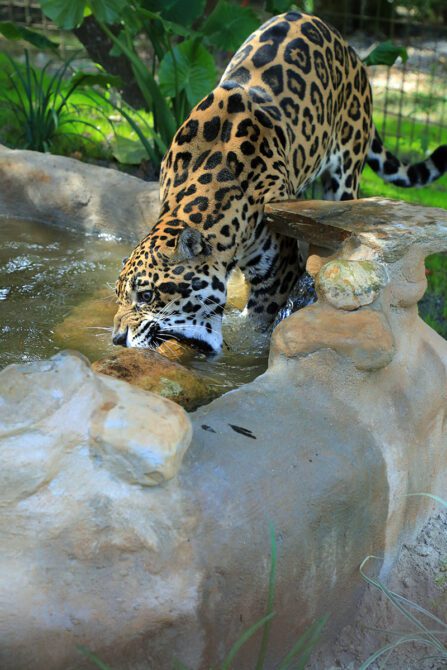 You can sponsor Manny and get an Instant Download Sponsor Kit with info about Manny and beautiful photos of Manny you can print. 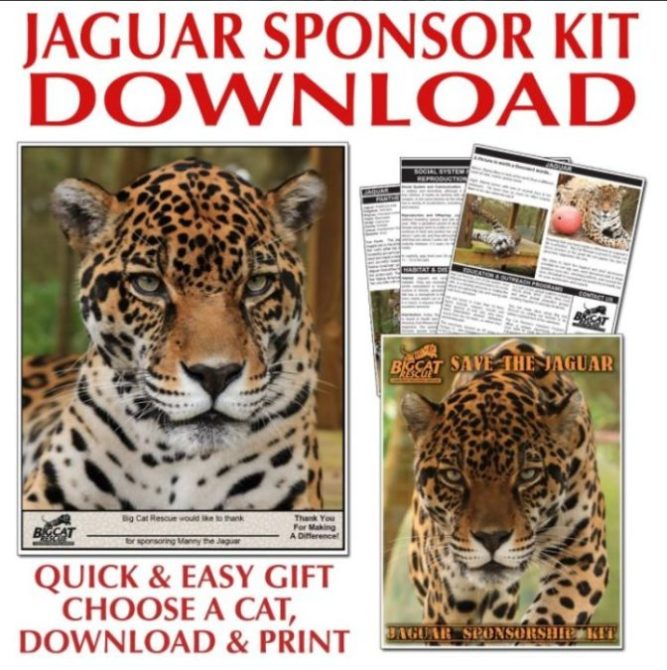 Get YOUR Downloadable Manny Sponsor Kit at https://big-cat-rescue.myshopify.com/products/download-jaguar-sponsorship  These make great gifts for that special purr-son on your shopping list that LOVES big cats.

Manny has been curious and investigated his new home. 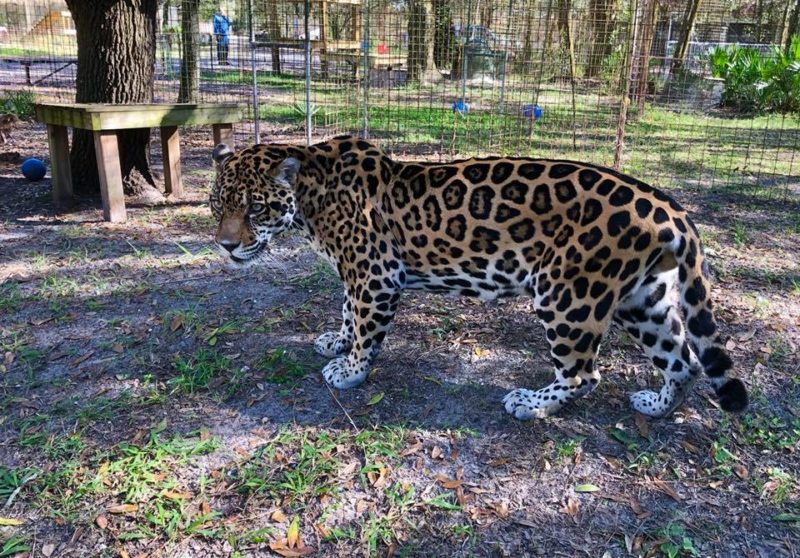 Manny is such a funny cat. His first day here he rounded up all the toys and took them inside the den which totally cracked us up. Keepers frequently peek in on him through the den peep hole just to check on him. We are not lingering long at a time. He seems to want some privacy while he gets used to the routines, sounds, smells, etc. We are respecting that and being patient to give him time to get acquainted, on his terms. Currently, we have limited the number of keepers caring for him so he does not feel overwhelmed. When he is more comfortable we will take new pix to share with all of you. Thank you for your patience while we wait for him to settle in.

Jamie Veronica captured a sneaky snapshot of Manny. Spying on Manny in his den with all of his toys that he is hoarding. Keeper Michael got a snapshot from another angle of Manny hoarding his toys in his new den. 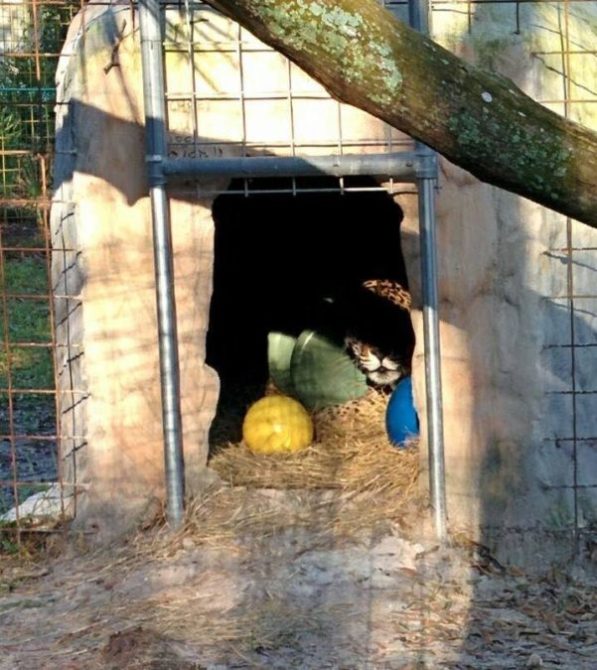 Keeper Afton came along later and got another great snapshot as well,  “I saw a picture of Manny the jaguar in his den with his toys, but some things you just have to see for yourself.” 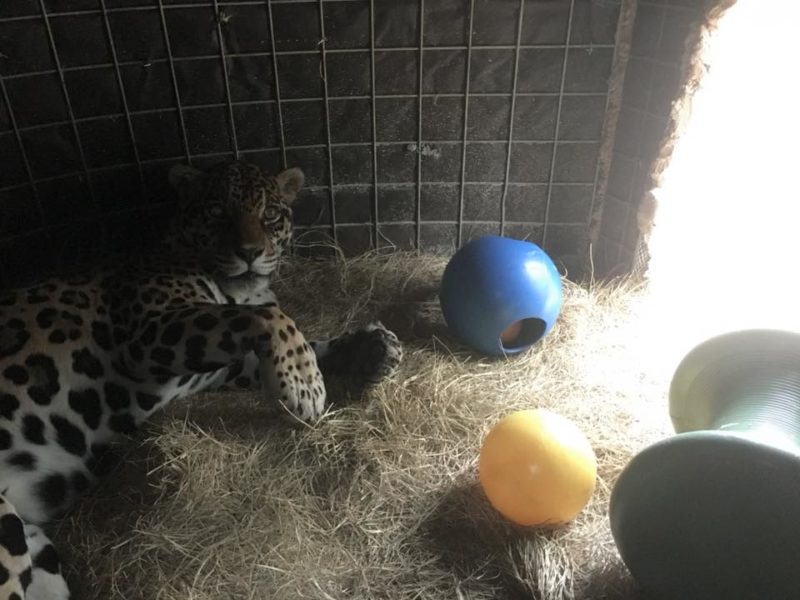 I think it is safe to say, “Manny Jaguar likes his new den, especially when it is ‘decorated’ with his favorite things.

Keeper MaryLou Geis got some new snapshots of Manny. What a handsome jaguar this boy is. 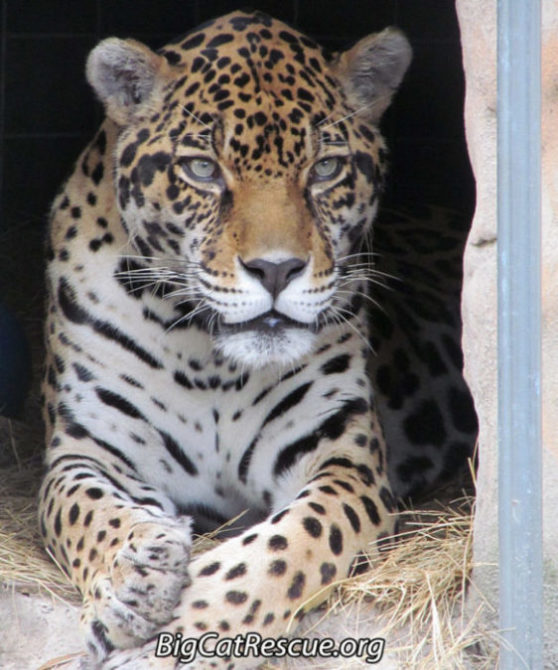 Keeper Marie Schoubert found out that Manny LOVES sicles. Check out this cute video of Manny and his tuna sicle.

Jamie got snapshot of Manny lounging around under the trees, still keeping those toys close by. 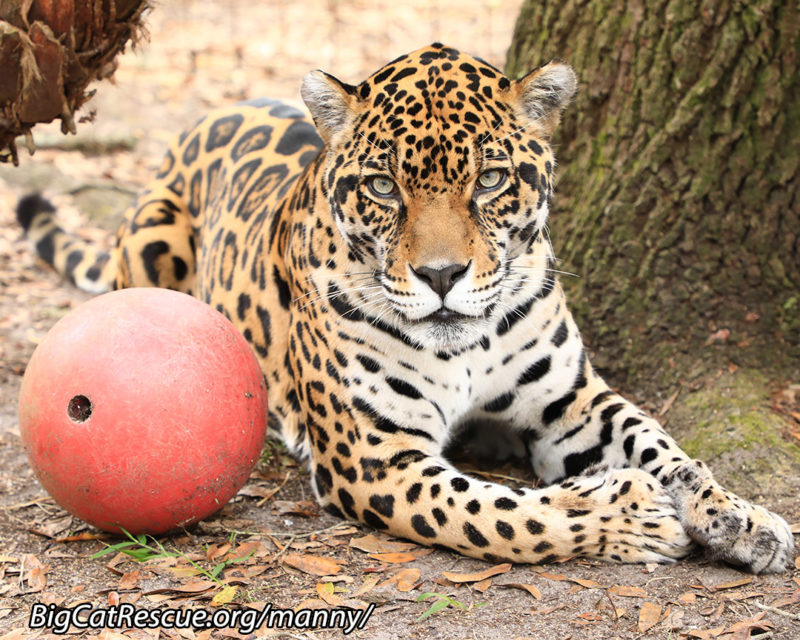 Manny has a heart on his belly. ~Keeper Afton Manny’s pool got 1,000 pounds of concrete added today. Little by little this project is coming along. 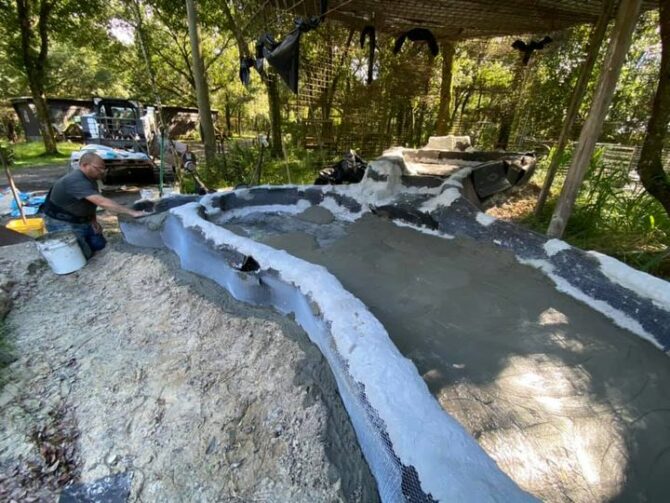 Manny’s pool is coming along. We are in the final days of construction and are so excited for him to see it! 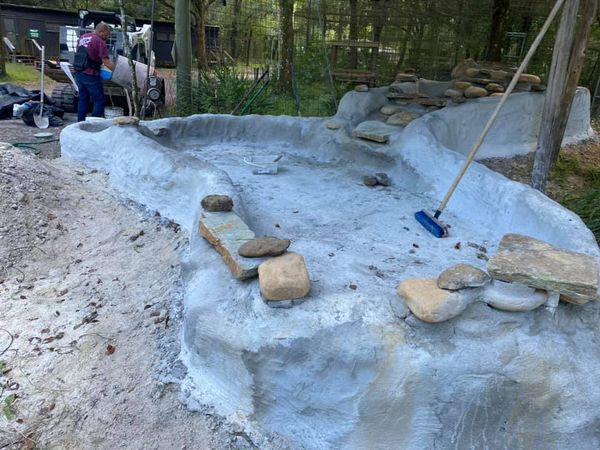 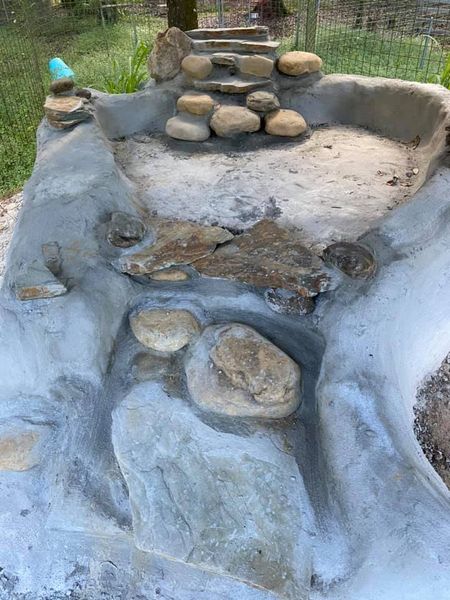 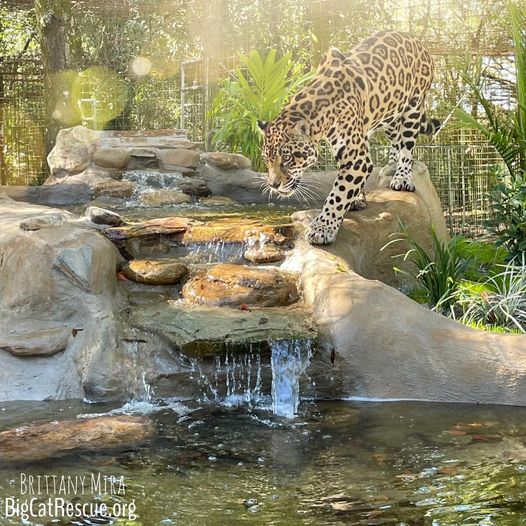 Manny is being seen by Dr. Boorstein for not eating all his food and vomiting.

The next 2 videos are of his exam and surgery.

Please note there is a surgical incision made so if you are squeamish you may not want to watch the part that begins at the 1 hour, 20 minute mark of the first video thru the 6 min, 20 second mark of the second video.

The obstruction in Manny jaguar’s bowel was fur, bone and plants. 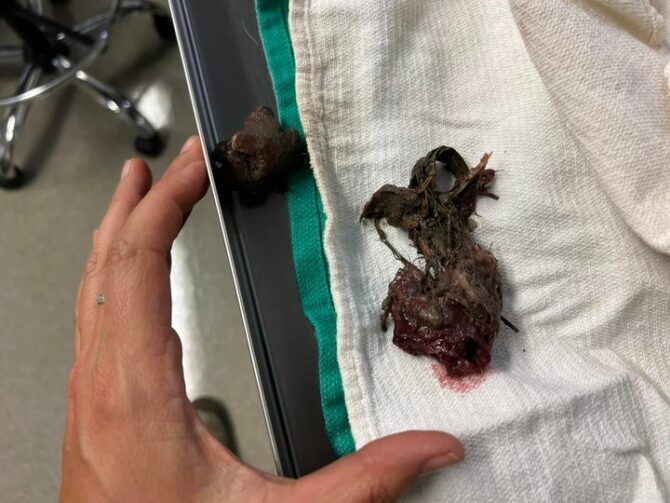 Manny was seen yesterday by Dr. Boorstein for a bowel obstruction which was removed. It was fur, bone and plants. He is now in the outside recovery cage and will recover there for the next 10-14 days while his incision heals.

*Please note this is the only concrete floored cage on property. This is necessary to keep the incision clean for healing and is easily washed off to keep the floor clean.

Manny went back home to his enclosure after 2 weeks in the outdoor recovery cage after having surgery to remove a bowel obstruction. As you will see he was not real sure about getting in the transport and it took some ingenuity from Jamie, Afton and Victor to get him in there but he sure was happy to be home!

Manny Jaguar is being sedated today by Dr. Justin Boorstein for inappetance, vomiting and lethargy for 5 days.

Dr Justin came in to examine Manny this afternoon. He had a blockage in his intestine larger than when he was last sedated for one in June. Dr. Justin removed a piece a piece of his jejunum (a part of the small intestine) where there appears to be scar tissue and a blockage of some kind. The section was sent out for testing to make sure it was just a foreign body block and not something more serious.
Manny will be in the outdoor recovery cage for at least 10 days after which he will move to a section of his cage without access to platforms or his pool for at least two weeks. His diet will no longer include whole prey or bones of any kind going forward.
16 years is old for a Jaguar, so we will be monitoring our intense boy very closely to ensure he heals.
Watch Manny on his nest cam at https://video.nest.com/live/ysEBDZVvlX
or at BigCatCams, the outdoor recovery cage.

Lab Results – Manny’s results came back today and the portion of intestine that was removed in his most recent surgery came back as Adenocarcinoma (intestinal cancer). According to the lab reports the entire tumor was removed with good margins. Fortunately there was no sign of metastasis. However there is a chance of reoccurrence.
It is possible that both blockages were caused by this same area (the first blockage may have been stuck in this area and then shortly before surgery finally moved down to the lower intestines where it was removed. Or it could just be coincidence. 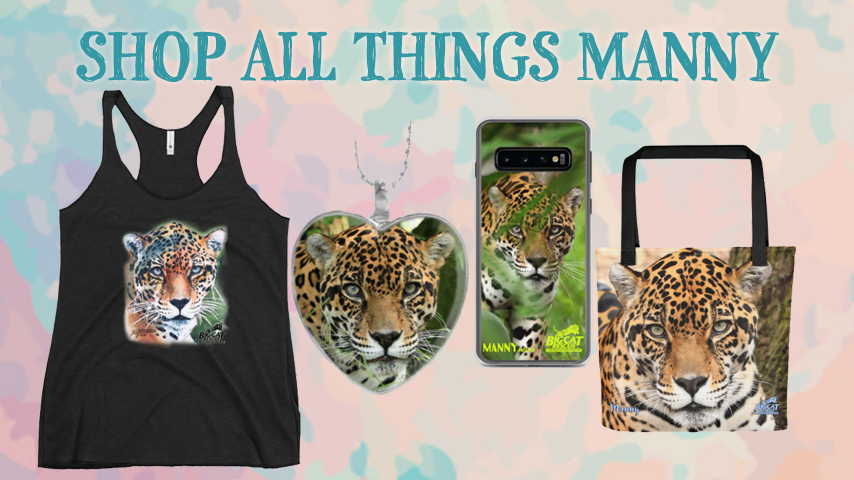 Who Is That Cat?