by BCR Staff
in News World, Rescues
0 0
0
0
SHARES
156
VIEWS
Share on FacebookShare on TwitterShare via Email 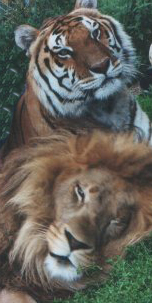 It took the combined efforts of USDA, undercover agents and concerned citizens seven years to shut down Diana McCourt (aka Cziraky) and her Siberian Tiger Foundation.  It wasn’t until her landlords, Donnalynn and Christian Laver were able to evict her from the property that Knox County was able to seize the six cats who had been used for years as props in Diana McCourt’s “tiger training” scheme.

To make the cats more pliable McCourt had their teeth and claws removed.  (Joseph still has his canine teeth)  Despite the abusive violations to their bodies and mobility, the USDA investigation included eight allegations of attacks on visitors in an 8 month period. 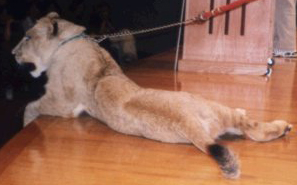 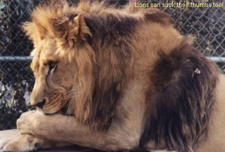 Media Contacts: We have posted 5 minutes of high resolution b-roll clips of the rescue and transfer of these cats from OH to FL online that you can download for 1.99 at VEOH.com Providing it this way is cheaper than mailing and you can download it immediately HERE.

The International Fund for Animal Welfare (IFAW) agreed to help rescue and place the last two cats, Sierra and Ekaterina at Wild Animal Orphanage.  When WAO collapsed in 2010 these two tigers were relocated to the Wildcat Sanctuary.

Watch as we let Joseph and his pride of another lion and two tigers into their new large enclosure. These cats have been settling in since October and getting use to their new life here at Big Cat Rescue in Tampa, Florida.

Sadly, there are still at least hundreds of cats like them out there in the U.S. Some states have little or no laws regarding ownership of big cats. And those that have tough laws lack the abilities to enforce them.

Few people realize the small amount that eventually find a decent home at one of the few good rescues/sanctuaries out there still take away resources that could be spent on saving these animals and their habitats out in the wild.

Thanks again to those that helped us from the Wild Animal Orphanage (Texas), Columbus Zoo, Humane Society of Ohio, Knox County Ohio, IFAW, & to our wonderful volunteers and supporters who made this all possible.

A video after their rescue