Had a good day today with just enough people to clean, feed and take out tours.

A number of cleaning sign offs were done for small cats, cougars and bigs.

Sarah C stayed longer than intended to help Intern Lisa do food prep, while the other interns were on tours.

Denny and Susan Bass covered private tours this morning, so i didn't have to pull cleaners except for the kids tour. I was very grateful for that

Ivermectin was a success besides a few picky's.

Max bobcat caught and ate the front half of a black racer. I was able to retrieve the rest and noted it on his chart.

In April 2017 the South American country of Guatemala banned the use of wild animals in circuses. Guatemalan authorities gave the circuses one year to surrender their animals to sanctuaries or wildlife rehab centers, both national and international. The deadline of April 11, 2018 is fast approaching and the vast majority of the animals are still in need of rescuing. We need your help now to save these tigers, lions and cougars!

Big Cat Rescue is working closely with Animal Defenders International (ADI), Tigers in America and other rescue groups to save the 70+ lions, tigers and cougars and approximately 10+ other animals (camels, spider monkeys, llamas, porcupines and goats) now languishing in small cages in Guatemala.

You may recall that Big Cat Rescue worked with ADI to provide a new home to Hoover tiger in April 2015 after ADI rescued him from a circus in Peru.

Big Cat Rescue will take in at least 3 or 4 of the big cats and will help ADI find appropriate sanctuaries to re-home the rest of the animals. The animals may be relocated to the United States, South Africa or other countries.

This is not going to be a quick or easy rescue effort. There are many moving parts and it could take a year to get all of the animals out of Guatemala. But we need to start raising funds NOW so ADI can get their temporary rescue facility up and running and ready to start accepting animals. The costs for this include construction of the ADI temporary facility, cages, power, lights, security, food, veterinary team, animal care team, etc. Then the next costs are for permits, transport cages, airline transport to their new homes, etc.

YOU can watch Cameron, the lion, and Zabu, the white tigress, on vacation at Explore.org/bigcatrescue

With an annual budget or between 3 and 4 million we are always looking for ways to raise funds.  YOU, the viewers, are making  YouTube a good source of monthly funding for the cats.

Max caught and partially ate a black racer snake. Keeper Lauren Buckingham had to clean it up. Of course, this episode of "wild enrichment" will get added to the keepers' daily observation sheet and will get logged in on Max's chart and on the vets' chart as well.

Snakes are a natural part of a wild bobcat's diet and this is not a snack that will harm Max, but just in case it goes on the Observation Sheets.  (Uh.. I meant snake instead of snack)

Join Us in CONGRATULATING

Please join us in congratulating the following;

What is a Partner?   What is a Senior Keeper? Find out at http://bigcatrescue.org/get-involved/volunteer/

Ever wonder what kind of training you would need to be a keeper at Big Cat Rescue?  We created our own keeper training program.  You can find all 50 lessons on our website ZooCollege.com and take all the classes yourself for only $9.00 per month.  You can stop any time you choose. Do YOU have what it takes to be a Big Cat Keeper?  Try the three free lessons to find out.

What Do the Keepers' Shirt Colors Mean? 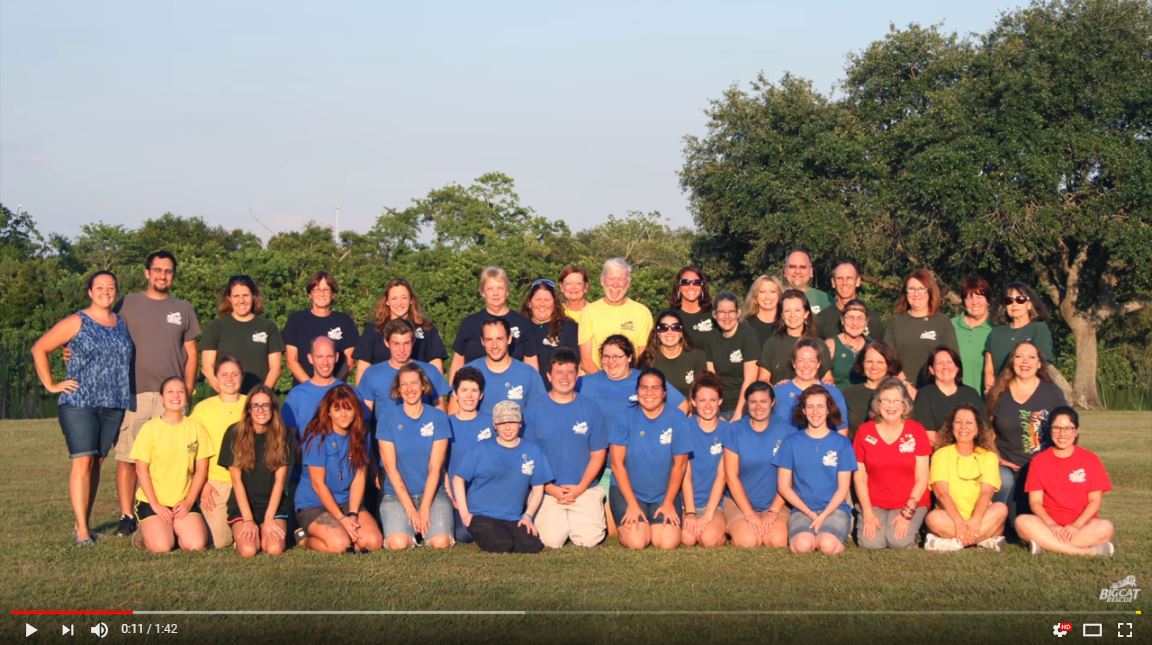 How can I become an Intern at Big Cat Rescue?

What is an Intern?  Find out at http://bigcatrescue.org/get-involved/volunteer/intern/ 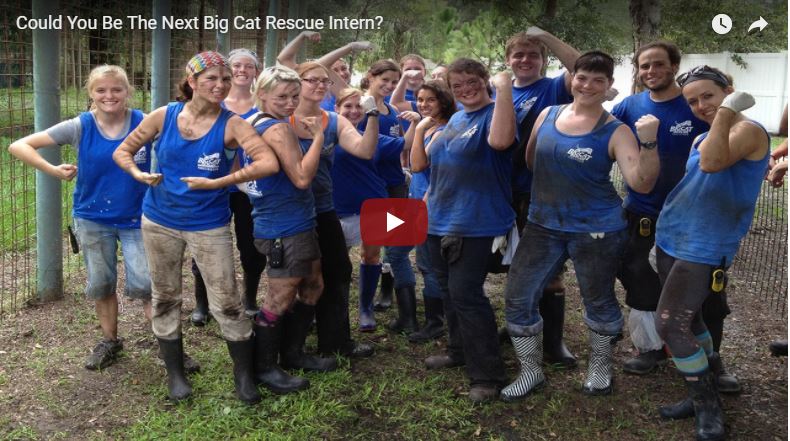 Your Feedback is Appreciated

We check the page comments daily so please leave us your thoughts, opinions, suggestions, and comments on this page.

If you like this page and want them to continue, please give it a star rating below and at the top of the page, above the photo, are social media share buttons.  Please take the time to share this Big Cat Update in groups you belong to and on your own Facebook page to help us reach more people.

Your interactions on this page such as sharing, star rating, and commenting, help us achieve better rankings on both Facebook and search engines.

Hoover The Tiger Gets Tunneled Home