Awesome day today a lot of volunteers came in to help getting feeding and cleaning done.

The cicle cats loved their treats!

Des and Sue stayed later to help feed picky cats in the afternoon which was great!

Victoria and the interns finished up food prep in the afternoon

April 4, 2018 - Three in one! See the cougars, Ares, Orion and Artemis, who arrived as cubs at Big Cat Rescue 13 years ago. Then watch CamBu, the lion and white tigress go on "vacation" in the 2.5 ac Vacation Rotation enclosure. Then come along for evening meds and snacks with some of your favorite cats. Any Facebook Fundraiser you do for Big Cat Rescue in the month of April 2018 will be earmarked for the effort in Guatemala to free 50-60 circus lions and tigers and get them into permanent sanctuaries, incl. BCR.

What do tour groups see after their tour?

April 2, 2018 - Wildcat Walkabout at Big Cat Rescue in Tampa, FL where we will visit with rescued lions, tigers, leopards, bobcats and more!

For outstanding volunteer service, the February 2018 SAVE Award goes to Marie Schoubert!

Marie has been volunteering for the cats for nearly 14 years. She is hard working and has dedicated a great portion of her life to ensuring that the cats are well taken care of. Marie is also one of the sweetest people you will ever meet and always has a smile on her face!

A donation of $1000 has been made in your honor to Lion Landscapes.  Lion Landscapes is a non profit organization dedicated to lion conservation in Africa.

The Laikipia and Samburu region of Kenya supports the 3rd largest lion population in the country, despite the presence of people and livestock throughout the region. In recent years Laikipia’s lions have faced increased danger; unprecedented influxes of many thousands of livestock and people from other regions has threatened the viability of the area for lions. Some lions have been killed directly due to conflict with incoming livestock owners.

There is less food for lions because wild prey has also been killed directly or out-competed by tens of thousands of incoming livestock. The biggest threat to lions is that they have been exposed to large numbers of poorly defended livestock, and lions that have never killed livestock have started to view livestock as prey.

Past experience has shown that livestock depredation behavior in lions, once learnt, is a longer term problem that will not be resolved when the large numbers of livestock and people from other areas go home. Rather, now visiting livestock are leaving the area, lions are facing a period of nutritional hardship, and some lions are turning to kill resident livestock, that they previously co-existed with without incident. In short, an alarming number of Laikipia’s lions have developed a dangerous habit - people whose livelihood is threatened by lions often respond by killing the lions.

Luckily long term research in the area has shown that conflict between lions and people can be effectively managed by collaring and monitoring lion movements, and giving livestock owners access to real time lion movement data. This allows livestock owners to be proactive and keep their livestock away from lions, or increase their protection of livestock when close to lions.

One adult lioness in each pride, and one adult male in each male coalition is collared with a GPS collar that sends us hourly locations for the lion. Access to lion movement data is given to livestock owners that maps the lion locations on google earth. Even if livestock owners don’t have the same technology as all of us, almost all of them have access to smartphones and a cell network.

In addition to the data from the GPS collars, Lion Landscapes has developed a predator system. This system responds to chips in the lion’s collar by setting off alarms and lights when the collared lion approaches livestock within a certain distance.The harmless deterrents used (lights and alarms) often stop a lion attacking on their own but the system also ensures that human boma guards are awake and ready for the lion when it arrives.

Saving Little Camilla’s eye - She is one of the domestic foster kittens that arrived with nasty infections. The other kittens in the litter have recovered, but little Camilla is struggling and in need of special care.

Many of you have been asking about the Heartbeat Tiger Stuffie that Karma was talking about for Little Camilla Kitten.  We have been notified that two of these are on their way to the sanctuary. Three Orphans and an Awesome Mom

Three adorable kittens, She-ra, Flash and Bumblebee, lived with their mama, Thor. Thor tried really hard with her kittens, but never produced much milk and never seemed quite right.

One morning, one of the interns awakened to find Thor very ill. I rushed her to the vet where she was diagnosed as diabetic. Her blood sugar was over 500. Unfortunately, there was nothing to be done for her, so humane euthanasia was performed.

This left the three babies, who were already a bit stunted, without a mom. We could try to bottle feed them, or see if another nursing mother would take them.

We introduced them to Nimbus, who had two kittens of her own about the same age. Although She-ra, Flash and Bumblebee were reluctant to accept their new mom, and greeting her with hisses and spits, momma Nimbus was having none of that and instantly started bathing them and feeding them the much needed milk. She treated them like they had always been hers.

Unfortunately, Nimbus did not have enough milk to sustain all five kittens for very long, but they got to stay with her for two weeks and get the boost they needed. They are now thriving on special food formulated for kittens and goats milk.

Thank you, Nimbus, for giving these precious little ones a chance!

I often get asked what the kittens need.  Here is a wish list:

The Liquitinic and Royal Jelly Ginseng is what I believe helped save our two miracle kittens. However, we pretty much ran out with their treatments.

BCR's PR Director Susan explains why this viral video of a baby and lion at a roadside zoo in NC Isn't cute! Watch our efforts to get Hoover the retired Peruvian circus tiger to move into his new enclosure. Help us rescue circus big cats just like Hoover from Guatemala by visiting http://bigcatrescue.org/circusban! 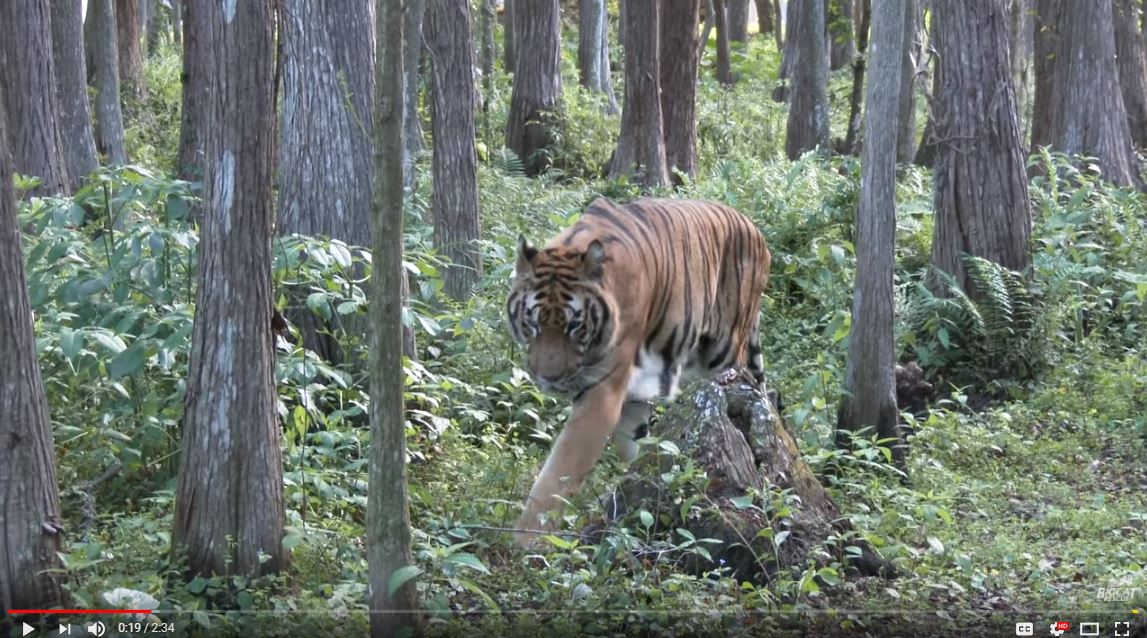