SAO PAULO — Ariel, a male lion that was the focus of an Internet campaign to raise money to treat its paralyzed legs, died Wednesday, the owner said.On the lion’s Facebook page, owner Raquel Borges said: “Our beloved Ariel is gone. This is the saddest day of my life.”

Further details were not immediately available.

The Facebook page created by Borges was “liked” by more than 61,000 people. The lion’s case was widely reported in the Brazilian press.

Borges said earlier this month that the $11,500 needed every month to pay for Ariel’s treatment was coming from donations from the people who clicked the “like” button on the Facebook page.

Veterinarian Livia Pereira who cared for Ariel recently had said that for unknown reasons, the lion’s white blood cells attacked healthy cells due to a degenerative disease affecting the medulla, a portion of the brain stem involved in motor functions.

Here are photos of lions at Big Cat Rescue in Tampa, FL 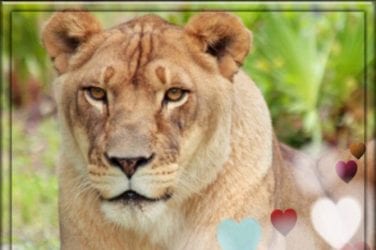 Cat Updates Cameron was getting Ivermectin today.  he tasted it in the first bite ...