As tiger becomes tigress, experts for shift from pugmark to hi-tech

New Delhi : For four months between November 2008 and February 2009, the Uttar Pradesh Forest Department chased a ‘young male maneating tiger’ in a bid to shoot it. When the tiger, originally from Pilibhit in UP, was finally shot more than 500 km away in Faizabad in February, it turned out that the animal was actually a young tigress, and the Forest Department had got its basic field work all wrong. Last week, another ‘maneating male tiger’ in the Lakhimpur Kheri district was captured after a long chase. This too, turned out to be a tigress, unlike what the Forest Department had claimed.

Clearly, the Uttar Pradesh Forest Department, armed with a team of experts and vets, did not know how to read the basic, and oldest, indicator of tiger presence: the pugmark. But the failure of the Forest Department comes with some consolation: experts hold that the future of tiger conservation lies in technology and software, and not complete reliance on field signs.

Tiger scientist Ullas Karanth, working with the Lex Hiby of Conservation Limited and a team of scientists, has created a new software which can identify tigers by their unique stripe pattern, a first in tiger science. “The method of recognising a tiger by its pugmark has no efficacy and is prone to error. The new software has pattern recognition which can help match two photos of a tiger and identify individual animals,” Karanth says.

The software will also plug a loophole in the present system: identifying where a poached tiger originated from. “This software will be very helpful in long term research, and it will also help in identifying where a poached tiger was poached from provided we have an existing picture of the animal,” he says. “The software can be downloaded for use by anyone, and is currently being used in Karnataka,” he says. The team is now working on a spot identification pattern for leopards.

“Through a pugmark, you can tell whether the animal is a tiger or a tigress. A male’s rear leg will be squarish, while a female’s rear leg will be rectangular. By the splaying of the toes, you can also tell the rough age of the animal, toes which are more spaced apart will belong to an older animal. This amount of identification is not difficult to ascertain,” says National Tiger Conservation Authority Member Secretary Rajesh Gopal.

However, he adds that tiger conservation in India is now turning towards technology, while not ignoring basic field signs. “The pugmark method is field friendly and can give a basic indicator of tiger presence. However, we cannot rely on this alone for number estimation or for conservation. We are now allocating a head under Central funding for camera traps for tiger reserves so animals can be photographed. This has been incorporated in different Plans of Action. Further, we have asked the Wildlife Institute of India to work on a software for putting together field data and camera trapping evidence for determining tiger density,” he says.

Uttar Pradesh’s fiasco, despite the experienced field members of the team, also puts into question the accuracy of the tiger censuses which were done after Project Tiger was launched (with the exception of the latest 2007 Census) which relied on identification of pugmarks to earmark individual animals, their age and sex. Experts are unanimous that tiger numbers have been historically distorted.

“Tiger counts in India have been overestimated,” says Qamar Qureshi, senior scientist from Wildlife Institute of India, who was involved in the All India Tiger Estimation in 2007, which for the first time used camera trapping to estimate tiger density and found 1,411 tigers in the country. “But that is not to say that our field officers should not know how to read field signs. We need a better training for range officers and Divisional Forest Officers to know how to read a tiger’s pugmark. This has to be the first thing from which they can work upwards from,” he says.

The Plight Of The Captive Cheetah

OWING to a vehicle problem on my yearly trip around various parts of Namibia ... 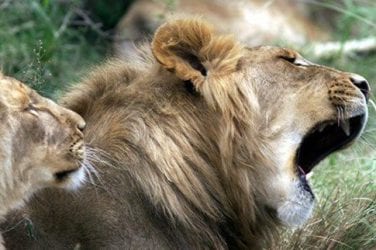 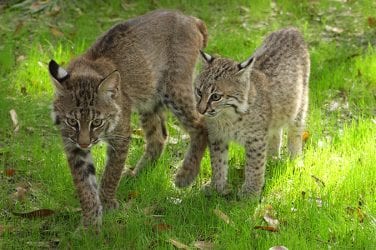 Big Cat Health Updates All of the cats on our watch list are doing ...