Calcutta, Jan. 28: A tiger sneaked up from behind, grabbed by the neck a fishermen pushing his boat out of the shallows and swam for about 15 feet to the bank last night.

It could not, however, drag the fisherman into the forest as half a dozen others who were with Khudiram Haldar, 42, chased it through waist-deep water with bamboo sticks.

Keshab Mondal, 45, said seven of them had set out for the high seas from Moukhali village in Canning, 70km from Calcutta, a week ago. “We were on the way home when our mechanised boat got stuck in the Matla’s silt during low tide. The water was waist deep and we decided to get down and push the boat. Khudiram was closest to the bank.”

Keshab heard a yell and saw the tiger taking away Khudiram as he struggled to free himself. “We started shouting at the top of our voice and beating the water with sticks. The tiger swam about 15 feet with Khudiram and dragged him on to the riverbank. Then suddenly it left him behind and sprinted into the jungle.”

Bringing Khudiram back to the boat, his mates pushed it out of the shallows and set sail again along the various tributaries of the Matla. It took over five hours to make it to Canning, around 100km away.

Experts said lack of food in the core areas of the reserve was driving tigers towards human beings and into villages .

The forest department is rearing deer to be released into the forest, an official said. It has also decided to encourage forest villagers to rear pigs

Man-eating Tigers of the Sundarbans 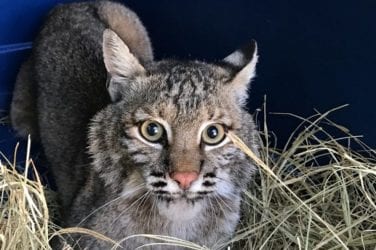 Is there a tiger living next door?

Is there a tiger living next door?   Wildlife commissioners ruled against notifying neighbors ...