Rutledge, Oaklawn’s 16 -year old lion and the world’s largest lion living in captivity, enjoys a lazy morning in the shade. View all pictures What’s new at the zoo

Oaklawn Farm Zoo’s success over the past 25 years could be attributed to its big cats or other exotic attractions, but the real secret may very well be in owners Gail and Ron Rogerson’s Millville kitchen.

When the morning chores are done and the pair finally get to put their feet up, relaxing solitude is far from what they experience. In and out of their kitchen file the workers that keep Oaklawn running, each greeted with a smile and a “how are you?”

This comfortable relationship between the Rogersons and their staff permeates the entire site. Visitors soon get the impression they aren’t just visiting a zoo, they’ve been invited into a vibrant home – that’s a little different than most.

In the Rogerson’s yard, peacocks roam, chickens peck and barn cats laze about.

“Small children really enjoy the farm animals, the barn cats and the baby goats,” explains Gail. “It’s their parents who are really interested in the big cats.”

As she pats the large orange and black striped tiger, Czarina, it’s easy to see how the animals themselves are part of the Oaklawn family, just as much as the staff.

“It’s like you have your dog or cat at home, but ours are just… larger.”

The zoo boasts a diverse collection of all the animal kingdom has to offer. The little spotted ocelot, a miniature version of a jaguar, is a pint-sized jungle cat – just the right size for smaller visitors. The slithering boa constrictor, a menacing Central and South American snake, curls in its corner and evokes a flip-flop in the stomachs of even the bravest viewers. Other zoo favourites include bears, monkeys, lemurs and lions – and the family is always growing.

For years, the gibbons, small apes from Malaysia, have been a zoo favourite. Their siren-like call can be heard all over the zoo: it’s hard not to laugh at the silly noise. This year, Booboo and Zandor welcomed their little one, Paddy, to Oaklawn. Paddy’s bright ginger fur contrasts with his mother’s as he clings to her and, when his parents boom out their wailing call, Paddy replies with a sweet coo.

Also welcoming a newborn are Zack and Zelda, who are, of course, the zebras. The pair had a healthy baby boy June 11. The little guy has all of his black and white stripes, but is lacking one of the most important features: a name. The zoo is holding a “name the zebra” contest to find the foal a suitable moniker.

In addition to these new members, the zoo is home to a new wallaby joey and a colobus monkey, born in March. Visitors can see the joey, both hopping about independently and tucked inside its mother’s pouch, and view the development of the young, uniquely thumbless, primates.

The folks at Oaklawn encourage your family to become part of theirs.

In less than a half-an-hour’s drive from most Kings County communities, it’s easy to go out, spend an afternoon and still make it back in time for soccer practice. The zoo is open from 10 a.m. to dusk, seven days a week. The best times to visit the zoo are mornings when the animals are active and at feeding time, which is at 7 p.m. until mid-August when it will switch to 6:30 p.m. Admission is good for the entire day, and summer passes are available so visitors can come and go as they please.

PHOTOS: Tiger farms and tiger carcasses in storage in China

Stockpiles of dead tigers should be destroyed, experts urge China 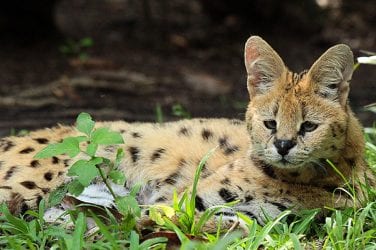 Hurricane Hermine slammed into the “big bend” area of Florida as a Cat 1 ...