To the Lincoln Park Zoo, the raccoon-like red panda has the heart of a lion.

The fury creature joined its feline friends Tuesday in a $1.75 million upgraded exhibit at the Kovler Lion House.

Hadley was particularly fond of the panda’s thick red coat and small size — weighing between 7 and 15 pounds. Also, “the way it walks makes the animal cuter from what it really is,” she exclaimed.

The red panda and the Pallas’ cats are new animals to the zoo.

So why welcome a panda in feline territory?

“We thought it be nice to mix it up a little bit,” said Robyn Barbiers, vice president of collections at the zoo. “Cats sleep a lot — people love seeing them, but they aren’t very active, and the red panda is pretty cute [and] very different.”

The red panda also shares similarities with some of the cats in the exhibit. Like the snow and Afghan leopards, for example, the panda is endangered. It can also withstand cold temperatures like the other animals, making the new habitat a perfect fit, Barbiers said.

“We’re happy to contribute to help keep [the zoo] a fabulous place for the animals to live and a free and accessible place for all the people in Chicago that visit,” McCarthy said.

Stockpiles of dead tigers should be destroyed, experts urge China 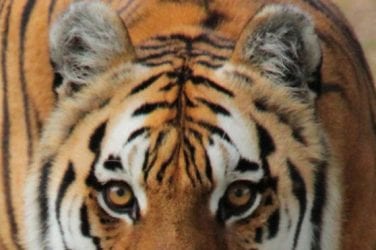 Cat Health Updates As of last night, Charaka and Hoover the tigers are still ...

Welcome to Big Wildlife’s enews, a monthly email update about our work to protect ...