A fatal jaguar attack on a Denver Zoo keeper was “a tragic accident,” police investigators concluded, but their report did not address why the door to the animal’s cage was open.

Investigators found no evidence of a crime in the February death of Ashlee Pfaff, 27, and closed their case, according to a 14-page police report obtained by the Rocky Mountain News.

The 140-pound jaguar named Jorge got into an employee access hallway and then pounced on Pfaff. Officials were unsure of what Pfaff was doing at the time of the attack.

Zoo officials found no faulty doors, locks or gates, and zoo employees told a homicide detective “they had no reason to believe what happened to Pfaff was more than a tragic accident,” according to the report.

One zoo worker told investigators that after the attack, he found the door to the jaguar’s cage nearly wide open and its padlock lying on the floor beneath it.

An autopsy found Pfaff died of a broken neck and had extensive internal injuries.

Initial reports said the jaguar was shot and killed when it approached others trying to rescue Pfaff, but the police report said the cat survived the gunshot and was then tranquilized with a dart.

The report said a zoo staffer then euthanized the cat by cutting open a jugular vein, apparently because he was unable to find a suitable vein to inject with euthanizing drugs.

Zoo spokeswoman Amy Sarno said Wednesday a veterinarian euthanized the cat by cutting an incision in its skin and injecting a solution into a jugular vein. Sarno said the cat’s low blood pressure prevented the veterinarian from finding another usable vein. She said the alternative procedure was common and humane.

Sarno said zoo staff “made every attempt to save the jaguar” but determined it was mortally wounded from the gunfire and decided to euthanize it.

Sarno said zoo officials had not seen the police report.

Pfaff’s death is still being investigated by the U.S. Agriculture Department, the Occupational Safety and Health Administration and the Association of Zoos and Aquariums, a zoo accrediting agency.

Sarno said the zoo is cooperating with the other investigations.

Pfaff, who had started work at the Denver Zoo in 2005, graduated from New Mexico State University in 2002 with a degree in biology. Her parents live in New Mexico.

The Denver Zoo obtained Jorge in 2005 from the Santa Cruz Municipal Zoo of South American Fauna in Bolivia.

White tiger born in Indian zoo — will this one live?

Owner knew how dangerous cougar that mauled teen could be – Florida 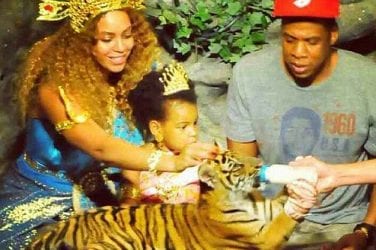 Open Letter to Beyonce   Beyonce, I’d like to begin by saying that in ...