A landmark meeting of the field directors of India’s parks and sanctuaries at the Kanha national park in Madhya Pradesh ended on Saturday.

It is the first time in recent years that the government has given top priority to saving the tiger. But officials are divided on the tiger numbers and the new methodology adopted by the wildlife institute for the recent tiger census has put the number of big cats to an alarming 1411.

This is the first meeting of the heads of national parks and tiger reserves after the latest tiger census. They agreed on a roadmap to save the big cat.

Now each tiger reserve will have to identify a buffer zone to ease man-animal conflict. This provision in the Wildlife Act will be enforced after 30 years.

Tiger reserve states will have to sign a memorandum to strengthen conservation efforts.

The meeting agreed that the civil society should be involved in tiger conservation, a fact highlighted by a recent NDTV campaign.

It was also agreed that villagers living in tiger reserves will have to be duly compensated and rehabilitated elsewhere.

Saving the Tiger
.Buffer zones to be marked
.Tiger states to sign memorandum
.Civil society to be roped in
.Villages in tiger reserves to be evacuated
.Plan to set up tiger protection force
.Recruitment of forest guards

There are proposals to set up a national tiger protection force and conduct a special recruitment drive of forest guards with support from the centre.

”And of course, the issue of preparation of the tiger conservation plan and getting an indicative plan by the end of this month was emphasized,” said Rajesh Gopal, Member-Secretary, National Tiger Conservation.

According to the latest census, India has only 1411 tigers. But some say it’s impossible to find the exact figure.

”The methodology is different and you cannot come to any number. Numbers cannot be decided through any methodology,” said Mohan Jha, Field Director, Pench Tiger Reserve, Maharashtra.

Field directors were divided on the methodology used in the latest tiger survey but were united on a desperate need on a specialised force for tiger protection.

Now, the question is, will the latest roadmap on tiger conservation lead us anywhere?

Dear Christopher,   Congratulations!  I'm pleased to inform you that  you received a first place award at last night's Tampa ... 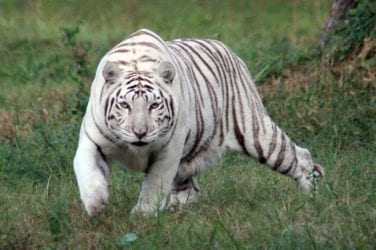