After receiving a confidential report about a pair of large cats that were spotted in Cameron County, Fox 2 news decided to explore a new trend invading many South Texas homes. It is a world where you can apply Charles Darwin’s theory on survival of the fittest. For centuries, animals have competed with people for food and space, but our intelligence has allowed us to become the dominant species, and that powerful trait has spurred people to remove all other creatures from their natural habitats to domesticate them.

For some, having the typical fish tank is not enough, so they seek bigger and better trophies like wild cats and poisonous snakes.
“Big cats are a symbol of power since ancient times. People that have the means to acquire tigers and lions, and it is not illegal to have them as pets.”

They can cost up to 10 thousand dollars, says biologist Jaime Pena from the Gladys’s Porter Zoo in Brownsville, Texas. The problem is once they get too big or aggressive people either give them away or release them out in the county.

“They will compete for prey with other local animals like the indigo snake or bull snake. Once there is an imbalance in the ecosystem it’s a chain reaction. Everything will be affected by it.”

But can those animals be blamed for disrupting the ecosystem? Refuges have been set aside as a safe place for many species.

“Only certain locations are protected by the federal government. Here at Laguna Atascosa National Park in Cameron County there are three varieties of wild cats. The last encounter with a jaguar in South Texas was in the 1950s in the San Benito area.”

Wild animals prefer to live far away from civilization. When they are captured they can become a huge responsibility. Barbara Hoffmann, are tired circus performer, owns tigers, leopards, and other exotic animals, but she says it’s her 20 years of experience that has allowed her to care for her pets safely.

“What I have here is an educational facility. Most likely unless I take the big show out into the community these cats would not leave their cages, which I’m getting permission to construct right here in Hidalgo County.”

We paid animal control in Brownsville a visit to see if a license is required to own exotic pets, and officer Arturo Martinez says one is not needed, however you must pay close attention to city and county ordinances. For example, an order in Hidalgo County bans ownership of ‘dangerous wild animals’. If these animals raise a concern for safety, where are people getting them from?

“We found the Asian gypsy moth. We also discovered birds that people were trying to smuggle in, and we turned them over to fish and wildlife.”

“Just this year we received six tiger cubs. They were seized from the lady that was trying to sell them. Our lions in our collection are part of a DEA drug bust. In the past when we had jaguars they were confiscated at the International Bridge, people were trying to cross them from Mexico.” Statistics show that several species are on the brink of extinction yet people continue to remove them from their natural habitats. Most only live up to two years in captivity. Tomorrow, during part two of my investigation, find out if the cost to raise an exotic animal makes it all worthwhile.
The cost to feed an exotic animal is only part of the owner's liability. Like we said before, you don't need a license to own one, but there are many more laws that can get you in the long run. Their natural beauty, grace, and mystery are reasons why people are drawn to exotic animals, and there are those that get so intrigued by these creatures that they want one as a pet.

In Florida, several residents started releasing their pet boas into the wild, and now they are competing with alligators.

"With the boas, they are preying on populations that are generally not doing well, because of habitat loss already."

Closer to south Texas, in Matamoros, Tamaulipas Mexico it has been confirmed that there is a black market for exotic animals. Usually members of the elite class purchase them, because they are priced in the thousand-dollar range. In the U.S. it is perfectly legal to own exotic pets like tigers, lions, water dragons, and venomous snakes, but you cannot exhibit or sell them.

Barbara Hoffmann, who ran a traveling circus act for twenty years, is trying to convince Hidalgo County to allow her to show off her animals as part of an educational show for kids.

"It's only a restriction if the county or state decides to put a restriction on it or prohibit it. I don't blame them for not wanting them as pets. They are not pet quality animals. They never have been and shouldn't be."

Hoffmann left Cameron County a few weeks ago since she could not find a property big enough for her pets.

"Recently, the city of San Benito told her that we are trying to develop that land and we were told that she has to relocate and she did, and as far as having problems with her none at all."

Aside from finding the right place to house large exotic animals, the cost to feed them can be hectic.

"Big cats, they can consume from a thousand to two thousand dollars worth of meat every week."

That's why some owners set them free creating room for an unwanted encounter with one of these beasts
"Certainly not to disturb it, especially if it's in the vein of a large cat or an alligator that is in an area that they may not want it to be in, because there are trained people that can go out and handle the situation."

Ultimately, is it possible to domesticate an exotic animal?

"These are wild animals and will forever be wild animals. Once you release them into the wild their instinct will kick back in, and they will fend for themselves."

Biologist Jaime Peña agrees that the natural beauty of an exotic animal draws the attention of almost anyone, but unless you're a professional it is highly suggested that you don't keep one in your home.

Vote to Rescue a Liger and 2 Tigers!

COLUMBIA STATION, Ohio (AP) – A bear fatally mauled its caretaker at the home ... 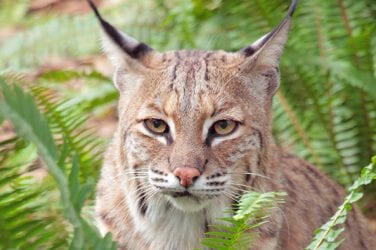