SECRETARY, TREASURER, ADVISORY BOARD CHAIRMAN AND BOARD OF DIRECTORS Howard Baskin is a retired management consultant who worked with early stage and fast growing companies in the areas of strategic planning, finance and operations.  He spent 11 years at Citicorp in various assignments, most recently as Director of Strategic Planning for the Commercial Real Estate Division.  After leaving Citicorp in 1991 he was an equity participant and general manager in three companies, one of which he co-founded.  He now devotes full time to Big Cat Rescue and serves on the Audit Committee.

Other civic activities include serving three years on the Board of Directors of the Upper Tampa Bay Chamber of Commerce and serving as first Chairman of its Performance Oversight and Monitoring Committee and member of it External Relations Committee.  He also is a past member of The Rotary Club of Tampa, serving as Chairman of the Community Service Committee and on the Board of Directors. 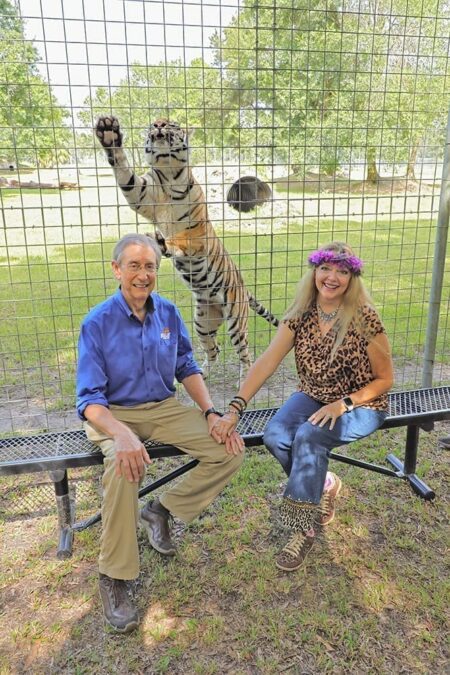 Howard Baskin was quoted extensively in an excellent, in depth article by World Wildlife Fund in their Winter 2016 magazine.  The cover story, called Tigers on the Rise, explained why breeding and possession of tigers in captivity is killing them in the wild.

Howard is frequently a speaker at Taking Action for Animals and at sanctuary conferences, such as the one run by PAWS in 2016.

Listen to a radio interview with Howard Baskin done by one of the Cox Radio stations in 2012.

Howard met Carole at the launch party for No More Homeless Pets in 2002 and they married in 2004.

My Superpower is: Bringing organization and structure

Repeatedly I rescued small companies where an entrepreneur had gotten the company going but operations and finance were in disarray preventing profitability and growth. At Big Cat Rescue, cat care operations were outstanding already, but organizing the finances, administration and fundraising was the greatest challenge of my life and by far most satisfying.  The second most challenging was organizing Carole’s kitchen cabinets at home. 🙂 . – Howard Baskin 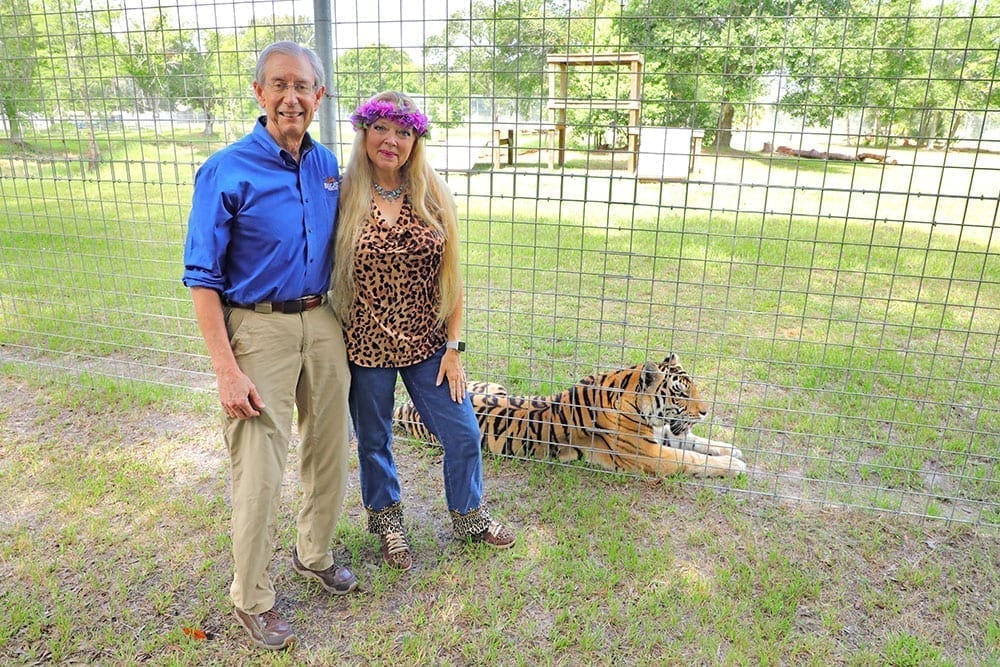 http://www.usnews.com/articles/business/careers/2007/10/25/where-work-really-is-a-zoo.html“I don’t take a traditional salary, but, in reality, I get a double payback. I not only get to do something for the cats,” he says as he watches Nikita devour her afternoon “bloodsicle” snack. “I feel like I am contributing to the world. More importantly, I get to make Carole happy. That’s my No. 1 goal.” Spoken like a true newlywed.