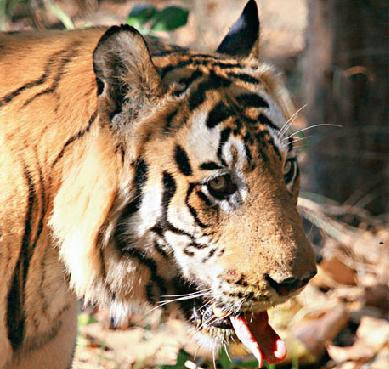 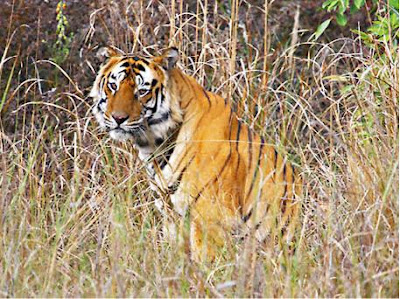 It is not a hidden fact that millions of dollars are being poured into the conservation of the striped wonders of India but the situation remains precarious.

With fewer than 1400 left in the wild, India is going through its worst tiger crises.

Human greed and selfishness has been one of the many cause of the plight of tigers in India and the irony is that as per recent trends, the present crisis has opened up a new dimension to the greed with corporates using the cause as a PR and branding tool hiding behind the garb of conservation.

If human greed and selfishness is one of the prime reasons for the condition of tigers in India today and if greed and selfishness is a character trait that humans understand, it would be worthwhile to save the tiger for our own selfish interest. The role of the tiger in the ecosystem is indeed quite interesting and it goes without saying that the tiger is the perfect indicator of the health of a forest. The tiger protects the forests of our country by maintaining an equilibrium that is important for the survival of its prey (deer, monkeys, boars etc.) and the vegetation.

And since the survival of the forests are crucial for the thousands of rivers, a life source for millions of people in India, that originate and flow through them, it makes the saving of tigers all the more important.

According to the Tiger Task Force data released in 2005/06, a total of 1.29 million people visited tiger reserves in 2004/05 which approximates to 58456tourist per tiger reserve every year and the number is continuously growing year on year. The nominal gate charges of Rs 25-50 gives revenue in crores to most of the popular national parks.

Corbett alone experienced a tourist inflow of over two lakhs in the last season. With a total ceiling of 600 visitors per day, Corbett can officially have 1.6 lakh tourists during the eight-month season. The numbers invariably overshoot this limit. Tourism is rampant in other popular national parks like Bandhavgarh, Kanha, Ranthambore etc. and the tiger, without doubt, is a magnet that pulls the majority of the lot.

Be it an ordinary weekend walk-in tourist, or a season wildlife researcher or photographer, the tiger is the binding force that draws visitors from across the globe.

As per Aditya Singh, wildlife conservationist and tiger expert from Ranthambore “The tourism zone of the Ranthambhore which has around 20 tigers, contributes over Rs 1 billion — directly and indirectly — to the Indian economy, every year.”

“Over 40 per cent of this amount never reaches anyone in Ranthambhore and barely three per cent actually goes to the park,” adds Aditya.

Dharmendra Khandal, wildlife biologist from Ranthambore confirms, “With a cap of 40 vehicles per day in the park, Ranthambore had been traditionally running at a 80-85% capacity throughout the season during 2007 to 2008. “ “However, the 2009-2010 season ended at almost 90-95% capacity and ofcourse the tiger sightings have been phenomenal during the season,” he added.

Bandhavgarh — the tiger haven of Madhya Pradesh, has also seen an year on year 10% growth in tourist traffic. The interesting fact is that foreign tourists have increased from approximately 14,000 to nearly 17,000 in just 2 years! This is considering the fact that in case of Bandhavgarh accessibility is a problem as the nearest airport is Jabalpur which is around three hours from the tiger reserve.

The tourism and revenue graphs dipped drastically for places like Sariska where tiger population had been wiped off. The inflow of around 49,000 visitors in Sariska in 2004/05 has drastically dropped and so have the revenues that used to be in the range of Rs 28 lakh.

Sariska showed some signs of recovery when the relocation of tigers happened from Ranthambore but has never been able to experience the tourist traffic that it witnessed when the tiger prowled the dry and deciduous terrains of this forest. Of course, tourism does come with a lot of negative impacts but it all depends on the seriousness with which private properties feel for the cause of wildlife and realise the impact of tourism on wildlife.

A recent survey around Corbett revealed 70% of the properties around the Corbett Tiger Reserve are venues for parties, weddings and rain-dances. In addition, properties have also blocked wildlife corridors which are lifelines for the animals.

However, regulated tourism machinery where in wildlife is given adequate breathing space along with sustained eco-tourism efforts can result in a win-win situation for all stakeholders. India is one of the last few homes to the charismatic tiger and history has shown that that tigers do respond brilliantly when left on their own and given adequate protection in the form of limited interface with man. It is binding upon a nation proud of its history and heritage to save this dying species. But in this case if the tiger becomes history, which it is waiting to be consigned to, it won’t repeate itself.

(The authors, who have clicked the photographs, are wildlife photographers and conduct nature & photography workshops across national parks of India.)