New Delhi, April 29 (IANS) A team of Indian experts will submit within three months a review of the weak links in the tiger conservation programme following reports of falling numbers of the big cat in the country.

“There is no doubt that a crisis exists in Sariska,” Sunita Narain, director of Centre for Science and Environment, said Friday, referring to one of the leading tiger sanctuaries in Rajasthan.

Media reports have said that not a single tiger had been spotted in the reserve since July last year.

Prime Minister Manmohan Singh this month named Narain as head of a task force to review the management of tiger reserves in India. The other members are Samar Singh, former chief of Project Tiger H.S. Pawar, Madhav Gadgil and conservationist Valmik Thapar.

As against 4,300 tigers a decade ago, India’s tiger population is currently estimated to be 3,600 with 35 percent of the animals in protected reserves and the remaining in other forests.

The tiger numbers have fallen in all the major wildlife parks in the country including at Ranthambhore in Rajasthan.

“Our aim would be to assess the conversation strategy, which even after 30 years has failed to protect the tigers and led to large-scale poaching. We will also probe why a Sariska happens,” said Narain after the first meeting here of the task force appointed by the National Board for Wildlife (NBW).

The task force will review the strategy after interaction with forest officials, experts, government agencies and visits to some sanctuaries.

The Central Bureau of Investigation’s (CBI) inputs would also be taken on how poachers operate.

“So far there has been no agency in the government to investigate crimes against wildlife. But one has to accept that such crimes have increased over the years,” Samar Singh said.

The preliminary feedback that the task force received after poaching in Sariska came to light was the “systematic alienation of the local people and the forest conservators”.

The task force would aim to put in place an early warning system so that there is no repeat of Sariska, where tigers are being killed by poachers allegedly in collusion with forest dwellers.

In addition to reviewing the conservation strategy, the task force would also devise a new census methodology for proper recording and keeping track of the dwindling tiger population.

It will suggest methods of a transparent professional audit of wildlife parks.

What You Can Do When the Circus Comes to Town

Kenneth Feld, chairman and CEO of Feld Entertain­ment, poses with his three daughters, from ... 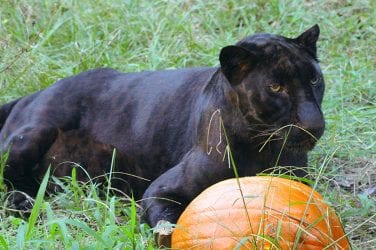 Jumanji Leopard Has Been Euthanized Find out more:  https://bigcatrescue.org/jumanji/ A necropsy is being ...

Sariska gets 2nd chance with tigers