India’s offer in this regard was accepted at a meeting held at the prestigious Smithsonian Institute, which was attended by other agencies including the World Bank.

“Today India made the offer for launching the Year of the Tiger internationally on February 14, 2010 at Corbett,” Ramesh said, adding the Year of Tiger would end in November 2010 with another tiger consultation in Ranthambore National Park.

“Both these events would showcase what India is doing in the field of tiger conservation,” Ramesh told reporters in an interaction after the meeting. The Russians are hosting the World Tiger Summit in Vladivostok in September 2010.

Small Is The New Big: The Best Tools For Micro-Giving 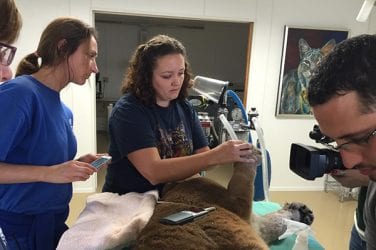 National Geographic November 2009 Conservation page  The image is of Vernon Yates with yet ...

Are YOU a Tiger Mom?

Amy Chua, author of Battle Hymn of the Tiger Mother and a Yale Law School ...