0
SHARES
2.4k
VIEWS
Share on FacebookShare on TwitterShare via Email

PRESIDENT, VOLUNTEER COMMITTEE, BOARD OF DIRECTORS Jamie Veronica is President of Big Cat Rescue, a member of the Board of Directors, and Chair of the Volunteer Committee.  She has served in these capacities for well over ten years. She spent many years developing a sponsorship program whose financial success continues to contribute largely toward meeting our annual budget.

Jamie runs everything involved with the administrative side of the volunteer program including processing promotion applications, running hour reports, follow up with volunteers regarding their hours or classes, keeping the coordinators up to date on volunteers in need of training, keeping our policies and training classes up to date so that our people and animals are safe, coordinates rescues, runs our online gift shop and eBay store, manages the foster kitten program, including scheduling veterinary care, manages enclosure maintenance, coordinates our fundraising events and special online efforts. 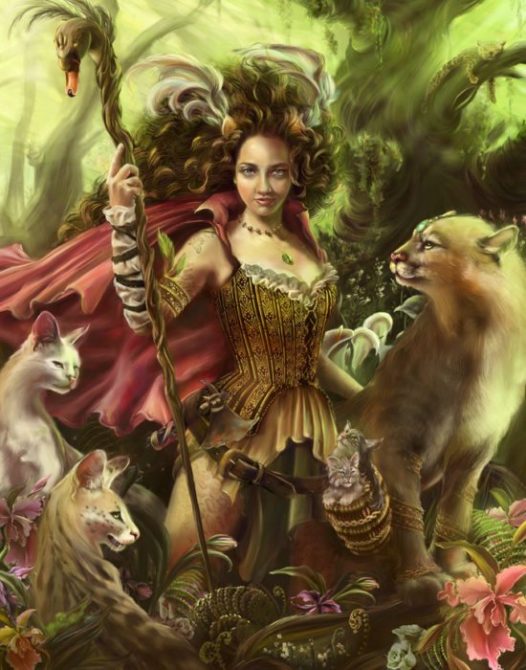 An award-winning photographer, Jamie is the staff photographer and publishes our quarterly Big Cat Times newspaper, distributed to over 60,000 readers.  She creates all of our print and web advertisements, billboards, brochures, books, donor plaques and signage.  She manages all of the discount offers and reciprocal agreements with other attractions. She designed and initially implemented the sanctuary’s worldwide Internship Program.

Jamie is also a licensed wildlife rehabilitator and manages the sanctuary’s bobcat rehab program.  She has successfully raised, rehabilitated and released many wild Florida bobcats and leads expeditions into the release sites to track and camera trap wild bobcat populations.  She oversees and handles all rescues, veterinary procedures, transfer of animals on the property, and regulatory compliance issues.  Jamie Carole’s daughter.

Bred for profit, the animals are often cruelly deformed by inbreeding.

July 28, 2010
by Ravi SomaiyaAlmost all of America’s 7,000 tigers are born and raised here. Reports from tiger farms suggest there are many unscrupulous breeders, and activists allege that the trade is cruel. What’s clear is that tigers are often kept in small pens, people die when safety is lax, and the cats are hideously inbred to produce valuable white cubs.The trade is not illegal, though a recent law bans the sale or trade of big cats across state lines for the pet trade. But breeders exploit a patchwork of state-by-state rules, and loopholes, to continue to sell cubs. People who rescue unwanted or mistreated tigers estimate that the number of breeders might be in the hundreds. Several alleged traders contacted by NEWSWEEK refused to be interviewed, perhaps because in recent years many operations have been shut down by authorities.

One of the biggest, Savage Kingdom, in Florida, was closed by the Department of Agriculture in 2006. Several accidents had occurred there. In 2001 a handyman named Vincent Lowe went into a cage to repair a dangerously worn-down gate. Colleagues had to watch as a 318-pound male tiger, Tijik, “ripped out [his] throat,” according to the USDA report. They could not rescue him for fear of being attacked themselves.

The tiger was eventually shot by Savage Kingdom’s octogenarian owner, Robert Baudy, who had been in the tiger trade for many decades—he’d even been on The Ed Sullivan Show promoting his animals. “He was from an era before animal welfare,” says Jamie Veronica, who is with the charity Big Cat Rescue and went into the farm after it was closed to try to remove and resettle dozens of tigers (all were eventually moved safely). “When he started out, people just saw animals as a commodity, a way to make money.” The USDA report blamed Baudy for safety failures that led to Lowe’s death. He could not be reached for comment at a number listed for him.Baudy specialized in white tigers, which sell for up to $20,000 per cub. But white tigers are rare genetic mutations, not a different species. According to the San Diego Zoo, every American white tiger is descended from a single father. New cubs must be inbred further. For every healthy, valuable cub, it is thought that many are born with ailments like shortened tendons, club foot, kidney problems, malformed backbones, contorted necks, and twisted faces.

Emily McCormack, a zoologist at Turpentine Creek, a refuge in Arkansas that rescues unwanted or abused big cats, has taken in several deformed cubs. “People don’t want these tigers because they don’t look perfect,” she says. “Who’s to say how many have been born with deformities that have been killed instead of rescued?” Activists also campaign against so-called white-tiger-conservation programs, whose very descriptions, says McCormack, are misleading: “They will never be returned to the wild. They don’t really exist in the wild.”

Siegfried & Roy, the illusionist duo, are famous for their white tigers. They claim on their Web site that they have 38. “For more than 20 years,” they say, “we have been entrusted with the care and preservation of the Royal White Tigers.” A spokesperson for the two did not return calls for comment about their breeding program. A statement from the Mirage Hotel and Casino in Las Vegas, which houses many of Siegfried & Roy’s white tigers in an attraction called the Secret Garden, did not directly address the possibility that the program may have bred deformed cubs. It did say that “breeding is done responsibly under strict genetic management.” The Mirage did not respond to NEWSWEEK’s request for more information.

In their role as a current board member this person is not independent and is a voting member in 2016.