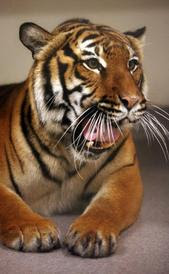 Berapi, who arrived at the zoo in November, is indeed pregnant and will likely deliver up to four cubs in May, zoo officials announced this morning.

She came to the zoo as a love match for Rimba, a long-time resident of the zoo, at 1301 Summit Boulevard in West Palm Beach.

Relentless poaching and loss of habitat has put the entire tiger population of Asia in massive decline, with several subspecies now extinct, according to the zoo’s website. 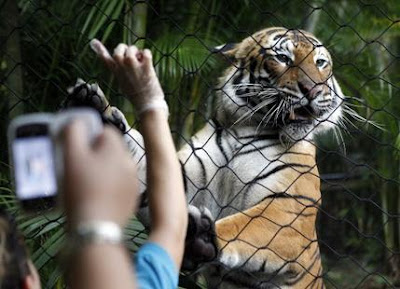 The Malayan tiger is found only around the Malayan Peninsula. Among the tiger family, it is the smallest of the species. Estimates of how many Malayan tigers remain vary, but there may be as few as 500 remaining in the wild, according to the Palm Beach Zoo.