MP govt forms panel to look into disappearance of tigers

Bhopal (PTI) The Madhya Pradesh government has formed a committee to look into the disappearance of the big cats in Panna tiger reserve in eastern part of the state, Madhya Pradesh Minister of State for Forests Rajendra Shukla said.

“We wan’t to know about the reasons which led to the disappearance of the tigers in Panna Reserve and ensure that the big cat population is protected in Madhya Pradesh,” Mr. Shukla added.

The state government move to form the committee has come following the pressure exerted on it by the different Non Government Organisations (NGOs), working for tiger protection, to probe into the disappearance of the tiger population from the Panna Reserve.

The committee will look into the disappearance of the big cats in Panna, moot ways to protect the tigers and submit its report in three months time, they added.

Survey of tiger population gets under way

Tiger Farms: A ticket to Extinction 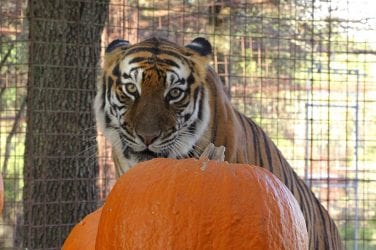