PANAJI: Animal lovers and tourists visiting Goa’s Bondla Zoo can now catch a glimpse of the Royal Bengal tiger, brought here in exchange for a pair of bisons.

“The tigers from Indira Gandhi Zoological Park, Visakhapatnam, were kept away from public viewing for almost a month now, to give them peace and quiet. They were quarantined and are now ready for public display,” Deputy conservator of forest Debendra Dalai said.

A new enclosure, which earlier housed a family of Lion comprising of father, mother and two females here till 2003, is assigned for the tigers–Rana (male) and Sandhya (female).

The Lion family that remained Zoo’s prime attraction perished and the last amongst them died in 2003 leaving the enclosure vacant.

“Lions always live in group and cannot face loneliness. May be that’s the reason they died one after another,” Dalai reasoned.

The tigers, procured in exchange of bisons, will be shifted to the new enclosure, which comprises two roofed shelters and a backup area for the beasts to hang around.

“Lion is docile while tiger is agile. Hence we have modified and strengthen the enclosure,” Dalai said.

The Bondla zoo, established in 1969, was recognised as a mini zoo and subsequently upgraded to the status of small zoo in 2006.

The facility is tucked in Bondla wildlife sanctuary, the smallest sanctuary spread across eight sq kilometers of deciduous forest, 60 kms from here. 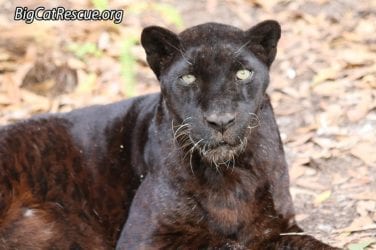