Following the bizarre theft of a Canadian lynx from an exotic animal breeder recently, many eyebrows were raised at the revelation that such wild animals can be purchased in the region.

This might add to the surprise: The bobcat-like feline is actually low on the food chain compared to other wild animals that can be sold in Pennsylvania, according to the Pennsylvania Game Commission.

But before a person can acquire one legally, the prospective owner has to jump through many hoops in order to get a permit. Exotic animal ownership, therefore, is quite rare, although a local veterinarian says at least two people in the area have cougars as pets.

State law requires a wild animal buyer to have two years of hands-on experience caring for the designated species at an approved facility, usually a zoo. Other hurdles include verifying a municipality won’t object, fulfilling caging requirements and proving the animal will be properly sheltered, fed, cared for and protected.

“Those are some precautionary measures we put into legislation so we could limit, or avoid, some of the purchases on a whim,” said Jerry Feaser, a spokesman for the state Game Commission.

Ronald Derr, who owns the Columbia County business from which the Canadian lynx was stolen last month, said he hasn’t sold a lynx in Pennsylvania in years because so few people can obtain a permit. Nearly all his sales are to people from out of state.

According to Derr’s Web site, Canadian Lynx kittens cost $1,500; an albino skunk can be had for $350. He won’t sell to anyone who doesn’t have a permit.

People are willing to pay large sums and go through the certification process because they like the novelty of having a rare animal, said Dr. Inayat Kathio, of the Pittston Animal Hospital. But buying an exotic pet on a whim can be dangerous, he said.

“People sometimes want to have these animals — they feel they are powerful. Sometimes ego. Sometimes novelty. Everybody wants to show off,” he said. “Once the novelty wears off, these animals often get abused. There’s a lot of work to take care of them.”

In the past few years, Kathio said he has only seen four animals the Game Commissioner lists as “exotic.”

He’s performed laser declawing on two cougars for two area residents, one from Dallas and one from Lackawanna County. Both owners had proper permits.

“Another guy came in with a bobcat. He didn’t have a license, and we reported him to the game commission. And he got a fine,” Kathio said.

Another time, a trucker who was passing through the area with a bobcat brought the animal to Kathio. The man had no license, and Kathio reported him, too.

“People have to have a knowledge to take care of these animals. We are harming the animals if we don’t know anything about them. We are hurting them. Even I’m still learning. The experience never ends,” he said.

Years ago, when he was working at a New Jersey zoo, Kathio said he’d often get calls from people wanting to buy lions, tigers and cheetahs.

“I talked to them to tell them what are the disadvantages. They could attack people,” he said.

Before an exotic animal can be purchased, there are strict standards of care set by the Game Commission that must be met.

The animal must never:

-be exhibited to the public, except for a private showing for personal friends

-be removed from its cage, which must meet requirements

-go without food or water for a day

-be forced to live in unsanitary conditions.

-be taken out of the cage, except for visits to the veterinarian

-be released into the wild

Game Commission officials often check to make sure the requirements are being met.

If it seems like a lot of work goes into the purchase, maintenance and monitoring of these animals, that’s because it does, Kathio said.

He’s not sure if it’s worth it.

“My opinion is they belong in the wild and should stay in the wild,” Kathio said.

Tiger who killed woman is killed 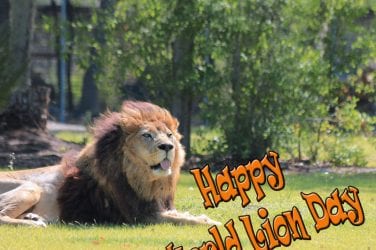 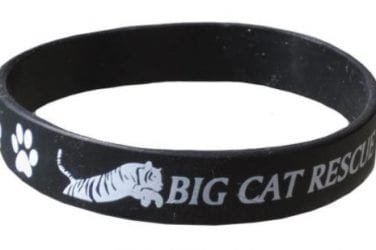 Big Cat Updates Easy Street is being Graded tomorrow by the construction company, so ...