An endangered tiger, turtles, lemurs and the remains of a chimpanzee were among an incredible haul of dead exotic animals found by police in the freezer of a suburban house.

Officers discovered a Goeldi’s monkey native to the Amazonian tropics when they raided the 1950s-style semi-detached home in Coventry.

Birds of prey such as sparrowhawks, buzzards and owls were being preserved in the freezer with the tiger, while skulls of a baby seal and penguin were also recovered from the garage of the property.

A solution used for stripping flesh from dead animals was said to have been discovered in the garden.

The house where the grim finds were made is in a tree-lined street. A silver BMW sat on the drive.

Alan Dudley, who is married with children, was arrested after the raid by West Midlands Police and Customs and Excise investigators.

He is alleged to have been illegally trading animal skulls, including those of some species threatened with extinction.

One skull is said to have been purchased on internet auction site eBay.

Mr Dudley’s computer has been confiscated by police.

The 52-year-old has been charged with 10 counts relating to trading in endangered animals and breaching customs regulations.

Tigers are among the most endangered animals, with fewer than 3,200 remaining in the wild.

The most dangerous of the big cats, they can grow to 11ft long and weigh up to 660lbs.

Because of their prominence in ancient mythology and folklore, and their associations with masculinity, the powerful creatures have been a constant target for poachers.

Almost every part of the tiger’s body is illegally traded for use in traditional Asian medicines. Among the most popular are the eyeballs, used to treat epilepsy, genitalia, for love potions, and even the whiskers, which are believed to cure toothaches.

As a result of poaching, numbers have almost halved in the past ten years despite efforts to protect them.

Lemurs are found only in Madagascar, an island off the coast of Africa.

The distinctive animals – recognised by their dark circled eyes and striped tails – are protected under international law.

Illegal logging and deforestation have meant that most of the 100 species of lemur are threatened or endangered, however.

The turtles found in the Coventry house were loggerheads.

They are the largest turtle and are also facing extinction.

Loggerheads live for around 67 years, weigh up to 440lbs and have shells up to 84 inches long.

But in Mexico, where many believe turtle eggs are a powerful aphrodisiac, the creatures are hunted for their meat.

Mr Dudley has been charged with four alleged breaches of the Customs and Excise Management Act, and six counts under endangered species regulations.

He has not yet entered a plea and is due to appear at Coventry Crown Court in July. He was unavailable for comment last night.

Tigers on verge of extinction in the wild, World Wildlife Fund warns

Tigers on verge of extinction in the wild, World Wildlife Fund warns February 10, ... 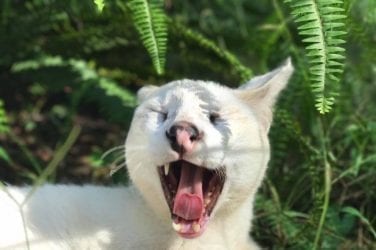