SAN JOSE– — One of the two San Jose brothers who survived last year’s Christmas Day tiger attack at the San Francisco Zoo has been sentenced to ten days in jail.

Kulbir Dhaliwal, 24, pleaded guilty on Tuesday to a public intoxication and resisting arrest during an incident in September 2007.

Kulbir’s younger brother Amritpaul “Paul” Dhaliwal, 20, is serving 16 months in prison for violating probation after leading police on a high speed chase through San Jose in April 2007. Both brothers were facing charges in those cases before the fateful visit to the zoo, during which a Siberian Tiger escaped its enclosure and killed their 17-year-old friend Carlos Souza Jr.

The brothers filed a federal civil rights lawsuit against the city and the zoo last month.

The Souza family is expected fo file a similar lawsuit before the end of the year.

Update: Feline that bit Santa wasn’t a bobcat after all 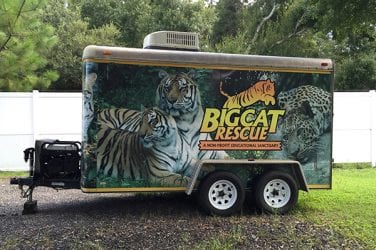