Lucknow : The tiger that had strayed into the Sitapur district last week has struck again. It killed a cow in Sidhauli range late on Wednesday night.
On Thursday evening, reports of the tiger killing an ox in the area was also reported, which turned out to be false.

According to senior Forest Department officials, the tiger is presently in the area around Pipra village. A team of policemen has already been deployed to tackle the situation, said R K Sachan, District Forest Officer, Sitapur.

“After tracing the pugmarks, we found that it is a male tiger. It refuses to settle in an area, making it difficult for us to catch it,” said Sachan.

“Since Wednesday, it is hiding in the sugarcane fields,” said N P Upadhyaya, Forest Officer, Sidhauli.

The carcass of a bear, meanwhile, was recovered from a canal in Lakhimpur Kheri forest area on Thursday morning. With no bear population in the area, senior forest officials believe that the animal had strayed in from the Pilibhit reserve forest area, which has a good bear habitation.

The cause of the death, however, is yet to be ascertained. The body has been sent to the Indian Veterinary Research Institute for postmortem.

The Dark Side of Tiger Conservation 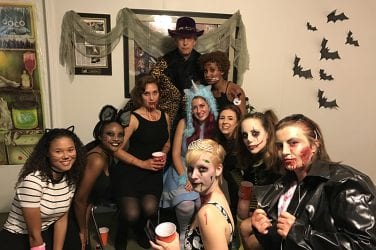 Wild Halloween Party The picture sort of says it all.  Video later.  I spent ...

Keep it Positive in the Face of Opposition

Dear Friends of Tony, Being that I sat at my computer for 14 hours ...