Tiger, tiger, burning brighter than ever

Tiger, tiger, burning brighter than ever

Vancouver’s John Vaillant on the largest of the big cats 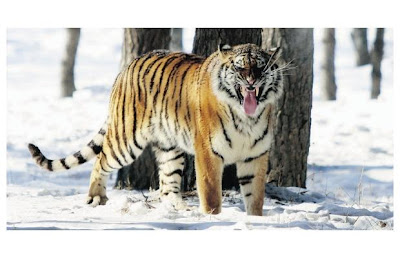 According to the Chinese calendar, 2010 is the Year of the Tiger. You might be surprised to learn, however, that the next time the tiger takes its turn in this 12-year cycle there may not be any wild tigers left in the world.

In his new book, The Tiger: A True Story of Vengeance and Survival, Vancouver’s John Vaillant presents a provocative and comprehensive examination of the plight of the wild tiger. Just as he did in his debut book, The Golden Spruce (published in 2005 to great acclaim, it won several major prizes, including the Governor-General’s Award for Non-Fiction), Vaillant builds his exhaustive study around a compelling story — only this time, instead of a sacred and unique tree that was cut down by a disturbed ex-logger, it’s the hunt for a man-eating tiger.

Currently, it is believed that fewer than 3,000 tigers survive in the wild, compared to more than 100,000 a century ago. Of nine subspecies that once roamed Asia from the Caspian Sea in the west to Siberia in the east, and south to India and Indonesia, three are now extinct and most of the others are endangered.

Loss of habitat, trophy hunting and poaching for the Chinese market’s demand for medicinal tiger products are the main reasons for this drastic decline. Unfortunately, most of the remaining pockets of wilderness where tigers live are in countries with little ability to protect them. Even where it’s illegal to hunt them, the authorities have little power to enforce laws or punish transgressors.

Tigers and humans have a long history of interaction, arguably sharing the top spot as our planet’s predators. While the lion may be the king of the jungle, tigers are actually the largest of the big cats. Highly adaptable and solitary hunters, they are comfortable in diverse environments, including tropical mangrove swamps, open grasslands and the taiga, a complex and vibrant ecosystem that Vaillant calls the “boreal jungle.”

In spite of frigid Siberian winters in which sub-zero temperatures prevail for months, tigers once thrived in the taiga, especially in Primorsky Krai (the Maritime Territory, in English). Informally known as Primorye and technically part of Manchuria, this is the southeasternmost region of Russia’s Far East, an isolated corner of heavily forested coastline just above the Korean Peninsula that was annexed from China by Czar Alexander II in 1858.

Framed by the Amur and Ussuri rivers, Primorye is almost an island unto itself. It’s as remote a spot as there is in Russia; to get there from Moscow, you have to traverse one-quarter of the globe.

Strategically important as home to Russia’s Pacific naval fleet (in Vladivostok), it is also a place of isolation where exiles ended up during the Soviet years, some by choice but most not. Many found work in its resource-based economy or became tayozhniks, expert woodsmen who could live off the taiga’s bounty.

Primorye has long been the home of the Amur (or Siberian) tiger, the largest subspecies of tiger. Thanks to its thick coat, the Amur tiger can survive the harshest winter conditions, even going several days without eating or drinking. It is an efficient and intelligent hunter that learns to anticipate its prey so it can ambush it, rather than waste energy chasing it.

Here, in a passage that serves as a fine example of his evocative writing style, is how Vaillant describes his subject:

To properly appreciate such an animal, it is most instructive to start at the beginning: picture the grotesquely muscled head of a pit bull and then imagine how it might look if the pit bull weighed a quarter of a ton. Add to this fangs the length of a finger backed up by rows of slicing teeth capable of cutting through the heaviest bone. Consider then the claws: a hybrid of meat hook and stiletto that can attain four inches along the outer curve, a length comparable to the talons on a velociraptor. Now, imagine the vehicle for all this: nine feet or more from nose to tail, and three and a half feet high at the shoulder. Finally, emblazon this beast with a primordial calligraphy: black brush strokes on a field of russet and cream, and wonder at our strange fortune to coexist with such a creature.

The tiger holds a prominent position in Primorye’s history and psyche. It was revered by the indigenous people and appears on the region’s flag and coat of arms. Longtime residents respect it as an equal of sorts, believing that if you stay out of its way and don’t hunt it, it will leave you alone.

History bears this out. Since such things have been recorded, there have been relatively few cases of humans being killed by tigers in Primorye.

The fall of the U.S.S.R. caused the economy to crash, pushing many locals into a subsistence lifestyle. With the ever-present demand for tigers so close (just across the border in China), the early 1990s saw a huge rise in tiger poaching. Many tigers were killed, but many more were maimed by hunters using barbaric snares or ancient rifles that weren’t effective enough to kill them outright.

In December 1997, an Amur tiger went on a systematic killing spree in Primorye, hunting humans in apparent vengeance for injuries caused by poachers — and not just killing them, but eating them. The first victim, Vladimir Markov, was a popular tayozhnik with a quick wit and ready smile. More victims soon followed, and the area’s residents felt terrorized by this man-eater in their midst.

The region’s tiger protection unit, Inspection Tiger, was called in to track and kill the beast, and this is the story Vaillant narrates, using it as a frame on which he hangs all manner of related research including: human-tiger interaction going back to prehistoric times, tiger biology and the geography they need to survive, the social history of Russia and the Manchurian region, and even the role of tigers in literature and myth.

As in The Golden Spruce, readers of The Tiger will learn a great deal about the subject without feeling they are being schooled. The sections describing the tiger hunt are breathtakingly exciting, and when Vaillant veers off that course to explain, say, the history of the Cossacks who settled in Primorye, it’s never boring or irrelevant. If anything, these chapter-long pauses in the action serve to build anticipation for the rest of the hunt.

(For a sense of how exciting the hunt is, note that a film based on the book is in the works with heavyweights such as Brad Pitt involved.)

If there is a criticism to make, it’s the simple fact that there are a lot of names to keep track of. Given that these are Russian names, they are complicated and difficult to remember. But the same can be said for Tolstoy, and the prominent characters here, such as Yuri Trush, Inspection Tiger’s lead trapper, are vividly and memorably realized.

Reader, if you’re still wondering why you’d want to read a book about tigers set in Russia, remember that the same could be said for the many thousands of people who never expected to find themselves reading, and loving, a book about a golden spruce on a remote island off the B.C. coast.

Joe Wiebe has always loved tigers — Tony, Tigger and Hobbes, especially — but after reading this book he hopes never to meet one. John Vaillant will appear Monday, Sept. 13 at The Improv Centre on Granville Island. See Writersfest. Writersfest.bc.ca.