While the court’s latest decision was meant to punish the government for failing to do enough to regulate tourism, it is resort owners, tour operators and their employees who are feeling the most pain. Tourist traffic has not just slowed in tiger areas; it has stopped, leaving resorts, guides and employees without even a slim financial lifeline until the problem is resolved. The only silver lining for them is that it is monsoon season in parts of India, when tourist numbers are generally low anyway.

On the other end of the argument is activist Ajay Dubey, who petitioned the Supreme Court. He says the issue isn’t complex and merely involves enforcing the Wildlife Act of 1972, which bans tourism in the “core” tiger breeding zones. The court has agreed with Dubey’s contention that the government and law enforcement have largely ignored the law; the court seems to be using the ban to pressure these groups into compliance. However, the states and Ministry of Forests and the Environment have been slow to react, and there are now rumblings that the ban might be made permanent, effectively killing the tiger tourism industry in India.

Whatever the court decides, its ruling will have implications for conservation efforts and eco-tourism around the world, although those effects may not be evident for years.

If the ban is upheld, will it help or hurt the endangered animals in the long run? If it is overturned, will conservationists find out if tourism is a viable tool for good — possibly saving an endangered species?

Environmental activists will be keeping an eye on whatever happens in India, and tiger advocates can only hope that the outcome will be positive and that the co

A mountain lion has been put down after injuring a family pet in Rapid ... 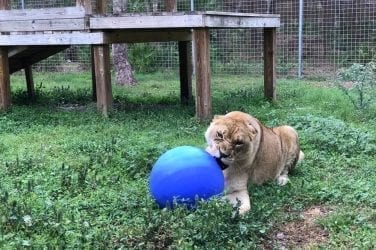 Big Cat Updates TJ is shut in his roofed section until we can get ...