A large cougar that was preying on sheep has been shot and killed in Chilliwack.
Photograph by: Matthias Breiter/iCLP, Vancouver Sun

CHILLIWACK — A “very large cougar” was tracked and shot by conservation officers Thursday morning a day after the animal killed 11 sheep on a Ryder Lake property.

Environment Minister and MLA for the area Barry Penner was on the scene just after the estimated 75-kilogram, five-year-old cougar was killed.

“I suspect the cougar didn’t even know what hit him,” Penner told the Times Thursday. “He died instantly. We examined the carcass of the cougar on the ground and the shot apparently went right into the heart and exited through the back.”

Penner said he was at home literally washing blood off his hands before he was scheduled to catch a flight.

“This was a large enough that it could kill a black bear,” he said. “It was a fine physical specimen but also a very lethal and efficient killing machine.”

The cougar was killed on the property of Marlene Letkeman and her husband Ron who have lived and raised animals in Ryder Lake for 22 years. Wild animal sightings and even the odd attack of their domestic animals are not unheard of, but what happened Wednesday week was like nothing the couple had seen before.

“We had a bear kill one of out goats one time,” Marlene told the Times. “We had some wild dogs get a sheep. . . . This was definitely the worst. It was a kill zone. All my sheep were dead.”

Marlene said she went out Wednesday morning and found the 11 dead sheep that were in a fenced paddock near the house. The animal had disemboweled and fed off two of the sheep but killed nine others as well.

Marlene said they currently have about 20 sheep altogether and the animals were valuable St. Croix hair sheep. They also keep emus on the property.

After the sheep killings, Marlene called the conservation officer service to report the animal, particularly because she was concerned about children on the roads with school starting up next week.

“Unfortunately, to protect public safety, the cougar had to be put down,” Penner said. “I’m not happy about that but I think our staff handled it very professionally.”

To track the cougar, one of the dead sheep was left at the base of a tree to bait it and Thursday morning Conservation officer Paul McFadden went up to the property with a houndsman to track the cougar, Penner said. Once there, the scent was picked up immediately, the cougar was spotted and after a brief chase it went up a tree where it was killed with a single shot.

Penner said that given this incident in addition to a recent sighting of a cougar on Promontory “people need to be mindful of where they live.” 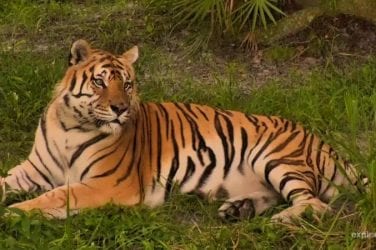 Big Cat Updates Gale’s Coordinator Report for July 6, 2017 Jasmine is back in ...