When People Go Near Big Cats

First came word Monday that a 22-year-old Norwegian had been clawed by a cheetah on the Harnas game farm in Namibia. A report on eTurboNews.com says Kristel Johanson left a tour vehicle to help a guide feed cheetahs. One pawed her, tearing her shorts and leaving her leg bloody. Luckily, her injuries were not serious. The guide told a reporter along on the tour that you should never turn your back on a cheetah.

Coincidentally, a Hyundai Super Bowl ad showed a caged cheetah preparing to race a vehicle and instead turning on its caretaker and chasing him. 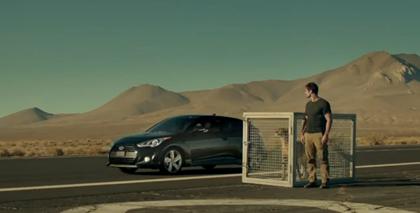 Said People for the Ethical Treatment of Animals: “Hyundai fumbled when it used a real cheetah in its ad. Wild animals used for ads often spend most of their lives confined to cages or chains and may be routinely beaten in order to ‘show them who’s boss.’ ”

Then came a report from the San Angelo Standard Times in Texas that a 6-year-old boy was injured Sunday while being attacked by a mountain lion Sunday in the Chisos Basin of Big Bend National Park.

Tuesday, Chinese media said tourists on a bus in a wildlife park in eastern China were rattled when Bengal tigers attacked the vehicle. An Agence France-Presse report says the tigers punctured tires and smashed the windshield, reports say, injuring the driver’s hand in the process. The tourists were not hurt.

AFP says last year, a bus driver in northeast China died after getting out to check on a mechanical malfunction and being set upon by a Siberian tiger.

What do you think about tours that put you close to uncaged wild animals?