Will South Dakota’s management plan wipe out the mountain lion? 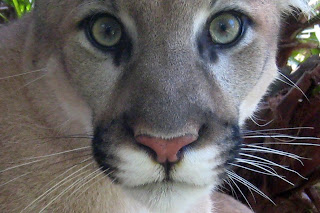 The South Dakota Department of Game, Fish & Parks is accepting public comment on their new mountain lion management plan through July 26th. ONLY ONE WEEK TO COMMENT!

Comments can be emailed to chad.switzer@state.sd.us

Florida’s panther population of 100 is so low, they’re a protected species. But for South Dakota’s estimated lion population of 61 adults & 75 kittens (38 of whom are orphaned & on their own) – it’s open hunting season!

Granted at first look the new plan appears to be based on scientific facts, with actions proposed for the good of the species, but on closer review the document is full of incorrect numbers, flawed mathematical equations, a series of bad scientific practices and assumptions, and a complete disregard of the basic biological and behavioral qualities of the species. If this new management plan had been forced to pass peer review its presenters would have been laughed out of the scientific community.

Setting aside their ever-changing numbers, and incorrect mathematic equations, SDGF&P’s basic premise is that there are too many mountain lions for the Black Hills region of the state to support, and hunting is needed to “thin out the herd” so to speak. They base this assumption on their belief that seventy percent of South Dakota’s lions are female and that they are breeding like rabbits. What’s more they seem to think that South Dakota’s mountain lion kittens are tougher than those in other states because the Department’s population calculations have almost all of them surviving despite being orphaned at an early age.

Let?s look at the facts:

* SDGF&P claims that the Black Hills region can only support a population of somewhere between 150 to 200 lions.

* In 2009, Department researchers claimed that there were 251 mountain lions in South Dakota’s Black Hills with a population breakdown of 138 adults and an unbelievable 113 kittens.

* Of course, SDGF&P counts those 113 kittens (statistically half of which would still be breast feeding) as if they are all adults, using the same resources and taking up the same territorial space as full grown mountain lions, to justify the need to increase the annual hunting quota.

* During the first 41 days of this year, 40 adult mountain lions (24 female, 16 males) were killed during the 2010 mountain lion hunting season. Thereby reducing the estimated adult lion population to 98.

* Despite the Department’s misinterpretation of the Logan and Sweanor’s research on the subject, the death of 24 female mountain lions would also cause the unnoticed deaths of at least six litters of kittens, for an additional 18 lion mortalities. Not to mention, this would also orphan 18 “teenage” lions ranging in age from 12 to 24 months — lions, which as they grow up are now most likely to prey on domestic animals because they didn’t have mothers to teach them what to hunt.

* That brings South Dakota’s estimated lion population down to 61 adults, and 75 kittens (38 of who are orphaned and on their own). Note: Florida has close to 100 adult mountain lions and that population size is considered so vulnerable to extinction and inbreeding that the animals are protected by the Federal Endangered Species Act.

* In South Dakota’s proposed 2010-2015 Mountain Lion Management Plan, SDGF&P proudly states that “With the use of science-based knowledge to make management decisions, this plan will ensure a healthy, self-sustaining population of mountain lions in the Black Hills of South Dakota.” If SDGF&P’s biologists truly believe that statement, then they have a really twisted idea of what a healthy, self-sustaining population of mountain lions truly is.

Back in 1889, the first time South Dakota had a mountain lion “management” plan they managed to eradicate the species from the entire state in 17 years. I wonder how long it will take to achieve the same results if this new management plan is approved unchanged.