A woman suspected in a hit and run Wednesday that killed two Connecticut librarians on Peña Boulevard is facing a jury trial in March on a charge of illegal possession of a Bengal tiger cub.

Sandra Lee Jacobson, 40, was issued a summons in December 2007 after authorities found a 4-month-old male tiger in a south Centennial home. It is unclear whether she lived at the house.

Police began investigating the home after someone gave the Colorado Department of Wildlife photos taken with a cellphone showing the tiger being driven around Centennial in an SUV.

On Wednesday, Jacobson was arrested after a pickup truck hit a taxi that was taking the two women to Denver International Airport. The pickup left the scene, and police found Jacobson and a passenger at the airport cargo area.

The pair had as many as six dogs in the cab with them. Jacobson, who faces charges of vehicular homicide and driving under the influence, remains in jail in lieu of $50,000 bail.

Arapahoe County authorities plan to take her to trial on the wildlife charge in early March.

“We are going forward with the case,” said Michael Knight, chief investigator with the Arapahoe County district attorney’s office.

Big cats meant for the wild, not homes 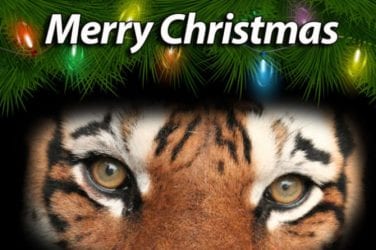