Statistics show that 26,000 people visited the Hengdaohezi Feline Breeding Center in the suburbs of Harbin, capital of Heilongjiang, this month, compared with 21,461 last December and 8,019 at the low season this year.

“The beautiful animal in the snow forms a spectacular scene. That’s why many visitors from home and abroad come here every December,” said Bian Shifeng, a staff member at the center.

The center is the largest breeding base for Siberian tigers in the world. It was established in 1986 with only eight tigers and there are now more than 750 tigers.

Chinese scientists plan to establish a gene bank for the endangered tigers within three years to ensure heredity diversity.

The breeding center plans to train and release 620 tigers into the wild over the coming years.

Tiger versus tiger in battle over den

Baby Bobcat Week 2 Episode 3. When we left off last time, the mother ...

What Your Pet is Thinking

The Wall Street Journal     What Your Pet is Thinking   By SHARON ... 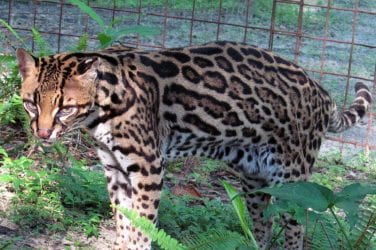 Big Cat Updates Chaos is back outside where she was.  She is still separated ...