The baby boom at Dublin Zoo is continuing this summer, with the birth of two endangered tiger cubs.

The as yet unnamed Sumatran tigers were born on May 29th to mother Sigra and are being officially introduced by the zoo today.

The nine-week-old cubs are the result of an international breeding programme among zoos. The species is classed as critically endangered, with as few as 400 surviving in the wild.

“You never know what is going to happen when you introduce two big cats, so we are delighted with this spectacular result,” said Zoo Director Leo Oosterweghel.

“The bigger picture is of course that these cubs will help us to introduce our visitors to the plight of this critically endangered cat as well as making a huge contribution to the global breeding programme.”

In the wild, male tigers traditonally live alone and only join females for mating. Contact with father Kepala has been closely monitored. However, the zoo said the family appeared to be bonding well and were already displaying a “natural connection”.

The zoo visitors is seeking help from the public in naming the pair, with a competition planned for August.

Dublin Zoo has had a number of new arrivals in recent months, with the birth of a new sea lion pup and five endangered birds – two Waldrapp Ibis and three Military Macaws – earlier in the summer.

Last summer another sea lion pup called Ella was born during one of the zoo’s biggest baby booms — which included the birth of Budi, the first ever bull elephant in Ireland, Zukiszwa, a white rhinoceros and Sandsteen the giraffe.

In January a female giraffe called Neema was also born.

Just as the San Francisco Zoo was closing on December 25, a 350-pound Siberian ... RIPPING THE HEART OUT OF CONSERVATION   On Thursday 25th October the Wildlife Forum ... 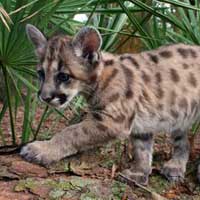