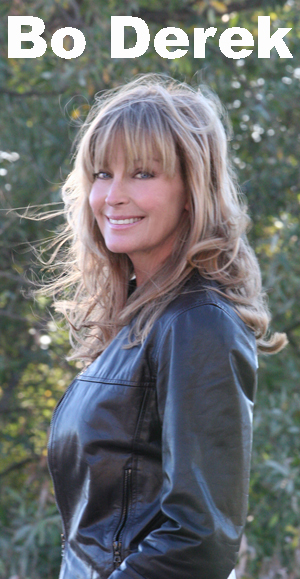 Running on the beach in the 1979 smash hit “10,” Bo Derek entered American pop culture and became the standard for the “perfect 10 beauty.” More than 25 years later, she has proven that beauty goes even deeper, devoting her time to caring for other people and animals alike.

Her concern for animals led Ms. Derek to create Bless the Beasts, a line of pet products sold in stores nationwide. A true humanitarian, she donates a portion of all sales to Canine Companions for Independence, a non-profit organization that enhances the lives of people with disabilities by providing them with highly trained assistance dogs and ongoing support.
Her strong compassion for people with disabilities goes even further. For six years, Ms. Derek has also served as the national honorary chairperson for the Department of Veterans Affairs’ National Rehabilitation Special Events. These four annual therapeutic and rehabilitative events are designed to help veterans overcome their disabilities through competition. They are the hallmark of rehabilitation programs in the nation.

Born Mary Cathleen Collins in Long Beach, Calif., Bo Derek is no stranger to veterans. Her father, Paul Collins, was a radio operator during the Korean War. Both her stepfather and her late husband, John Derek, were also veterans. It is this love for the armed forces that has inspired Ms. Derek to perform her duties as national honorary chairperson with passion and ease, taking the time to meet and encourage America’s veterans one by one. In 2002, Ms. Derek was bestowed by the Special Forces Association with the distinction of honorary Green Beret, joining only four other Americans who have been so honored. Ms. Derek was recognized for her efforts on behalf of America’s men and women in uniform and our military veterans. She participates in USO tours, entertaining U.S. military personnel serving abroad.

Recently, she was appointed as Special Envoy of the Secretary of State for Wildlife Trafficking, working to create awareness of the dangers of wildlife trafficking. Along with her love of animals and devotion to veterans, Ms. Derek is also a patron of the arts. In January 2002, President George W. Bush appointed her to the Kennedy Center Board of Trustees.

A published author, Ms. Derek poured into Riding Lessons: Everything That Matters in Life I Learned from Horses the essence of her beauty – a radiance that comes from her caring heart and bright mind. Despite the years that have passed since she first seared the American consciousness with her image, Bo Derek is as captivating and as ravishingly beautiful as ever – both inside and out. Currently, she is starring on My Network TV’s breakthrough drama Fashion House.