0
SHARES
2.3k
VIEWS
Share on FacebookShare on TwitterShare via Email

Kricket the serval was born in 2001 and had been kept as a pet, but when her owners divorced, the wife decided that she didn’t have time for Kricket and began looking for a home for her.

We agreed to rescue Kricket and began preparing an enclosure for her with lots of places to hide and fun things to explore, she’d just spent the last ten years living indoors so we wanted to make her adjustment to life outside as stress free and enjoyable as possible.

Her owner was willing to contract with us to never possess another exotic cat, Kricket was then shipped from Virginia to Florida via Delta Dash.

We were at the airport to pick her up and Joseph the lion gave Kricket a roaring welcome to the sanctuary when she arrived!

Exotic cats kept as pets are often fed improper diets resulting in serious health problems.  Her former owner, a vegan, insisted that Kricket chose a predominantly vegetarian diet, but we’ve never known a cat to do so.

The former owner said the deformities that Kricket suffers from were from injuries and not diet related.

She insisted that Kricket preferred broccoli to animals, but here Kricket loves the variety of raw meat.

Whatever Kricket’s diet was it’s obviously taken a toll on the little serval, her back and rear legs show signs of stunted development and her tail is unusually curled, which is most likely the result of her past injuries, inbreeding that is common in the pet trade and her insufficient diet.  Some of Kricket’s bone deformities have improved since she has been on an improved diet.

Watch more about Kricket and a few of her new serval friends who were rescued the same year.

Kricket enjoying a bloodsicle on a hot day in Tampa! 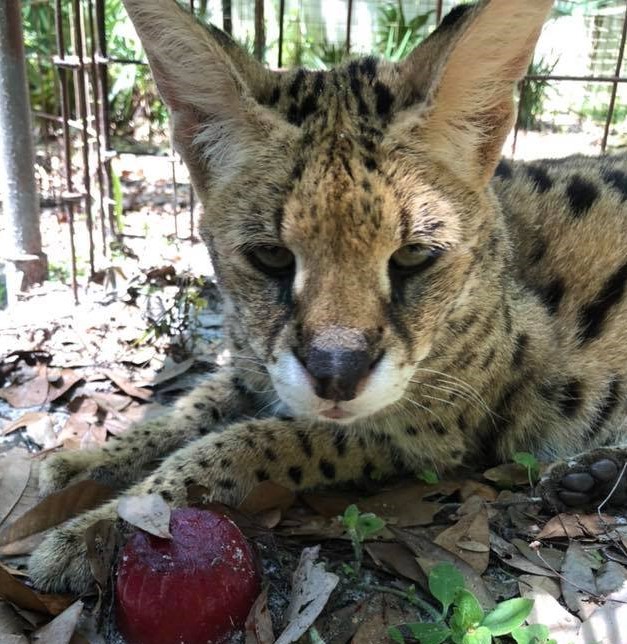 Kricket the serval loves lounging the sunny afternoons away amid her palmettos. 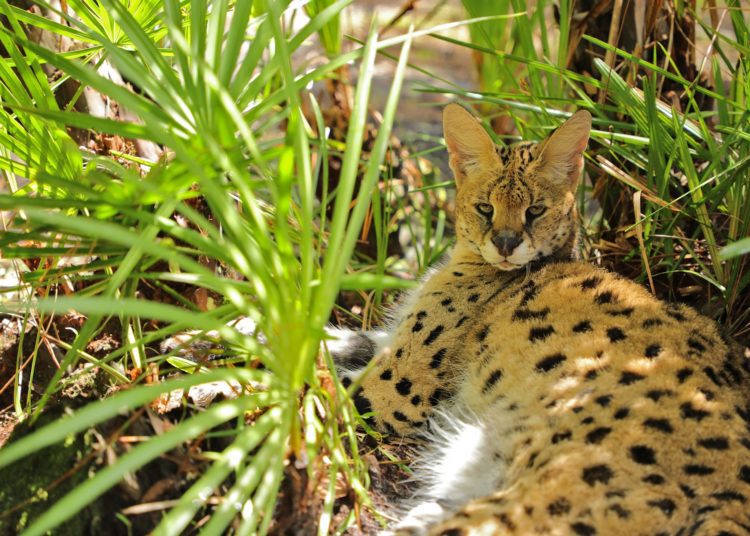 Kricket Serval and her curly tail! 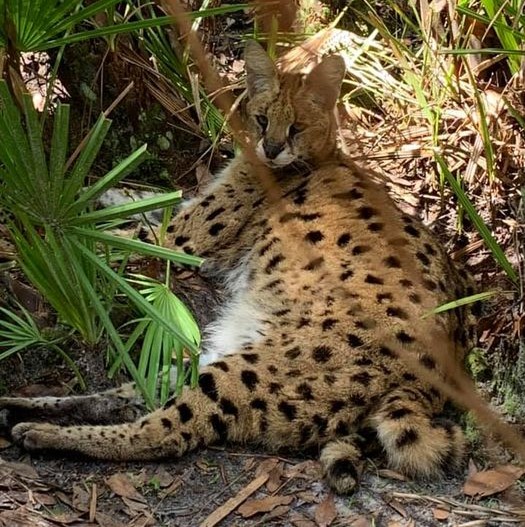 Kricket serval was noted as walking weird on her back left paw. Her nails were long and it was thought they may be the cause. Xrays showed significant arthritis in her paw and knee. She will continue her current pain management medications. Other than walking a little funny she does not appear to be bothered by it. 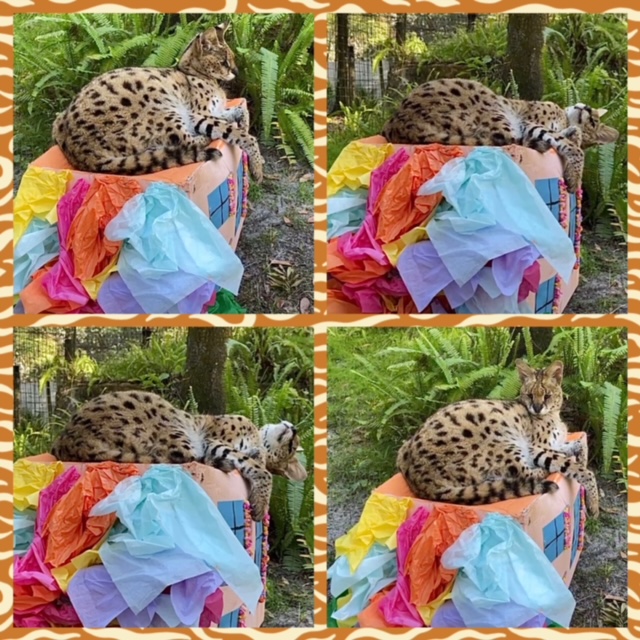 Kricket serval is 21 years old with significant kidney disease. We are trying sub-q fluids and bringing her into the AC to see if it is the heat or if she is telling us it is time. 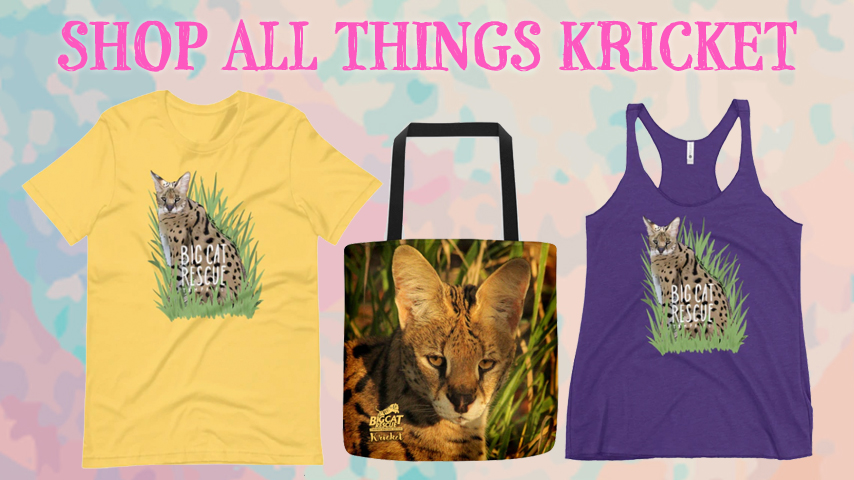