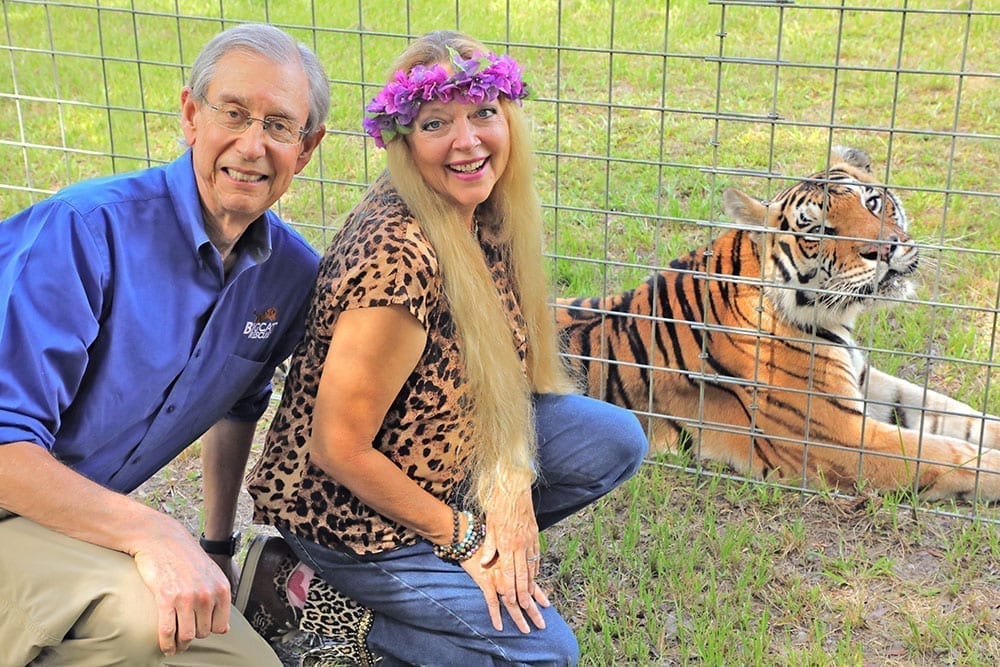 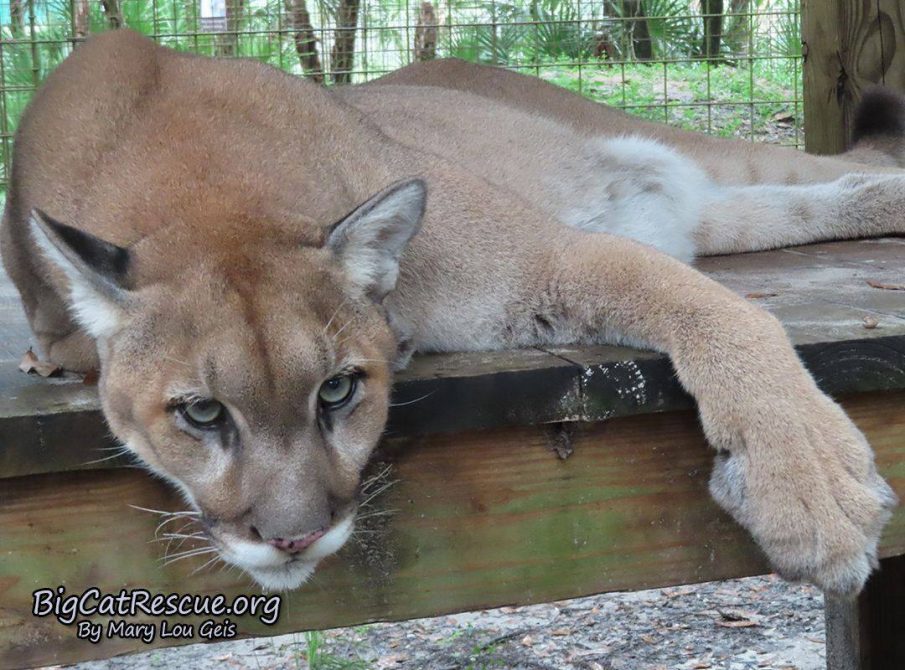 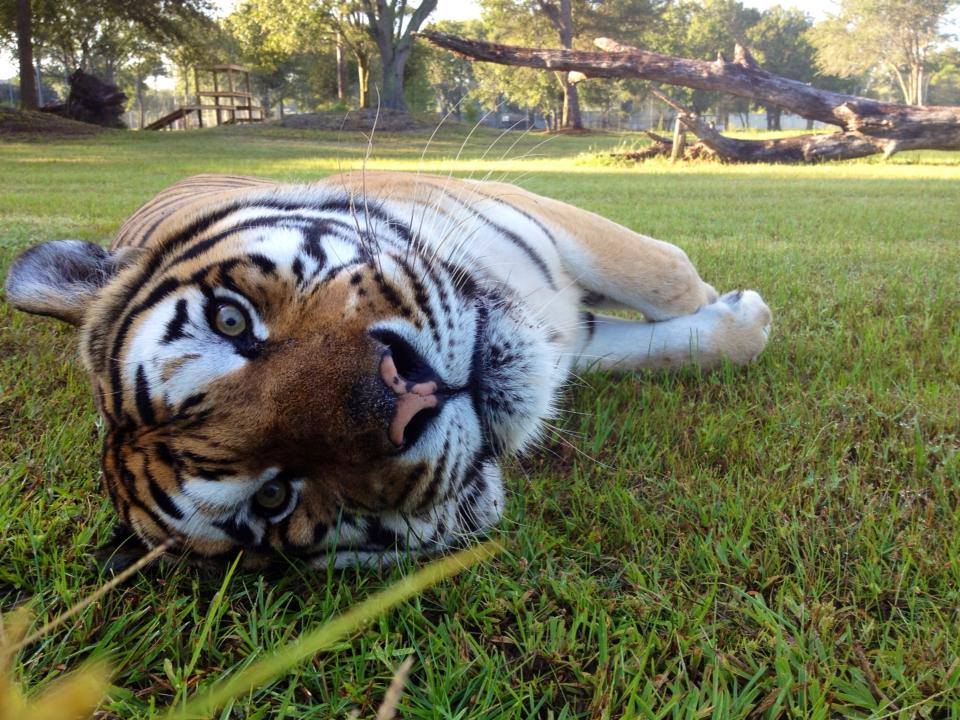 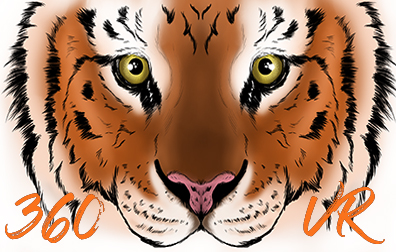 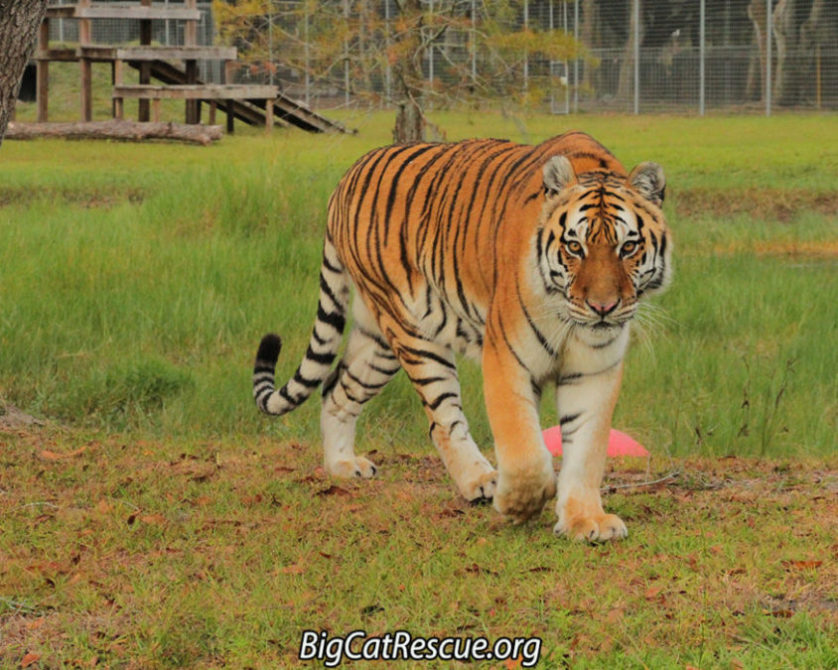 Max the tiger was rescued from the circus in Guatemala. We don’t know his exact birth date but believe he was born in 2010.  We first heard about the circus tigers in Guatemala in February 2018. There was a Daily Mail story telling everyone how a 55-year old man had both his arms ripped off by starving tigers. The tigers ate his arms as villagers threw rocks and beat the cats with sticks. Guatemala passed a law banning the circus thanks largely to the efforts made by Animal Defenders International. The tigers were supposed to have been turned over to authorities. Instead, Hermanos Ponce Circus and others went on the run. But over time ADI and the government managed to find them and negotiate the release of the cats. The tigers were transferred to a temporary rescue camp run by ADI that Big Cat Rescue helped fund. Then the laborious process of obtaining export and import permits from the US and Guatemalan governments began.

In all, ADI rescued 6 lions and 15 tigers from the rogue circuses. Big Cat Rescue funded the care for 3 tigers named Kimba, Max, and Simba during this lengthy ordeal.  It took 15 months and $85,000 dollars to bring the three tigers to Big Cat Rescue where they will live out their lives in dignity.

During his time at the temporary facility Max showed himself to be what we call social. He was comfortable with people present. But at the Guatemala airport, the authorities made no effort to keep people from crowding around him taking photos.  People were yelling and screaming, and there was loud construction noise. Max was traumatized. When he arrived here and his transport crate door was opened to let him into his new enclosure, he did not come out for two hours. However, in the weeks after his arrival in his new peaceful setting and large enclosure he relaxed and now frequently emits a happy chuff to visitors.

February 7, 2018, was the first time Big Cat Rescue heard about the circus tigers in Guatemala. It was a Daily Mail storytelling everyone how a 55-year old man had both his arms ripped off by starving tigers, who ate them as villagers threw rocks and beat the cats with sticks. The circus had been banned in Guatemala thanks to efforts made by Animal Defenders International. The tigers were supposed to have been turned over to authorities, but instead, Ponce Circus, and others all went on the run. On October 29, 2018, we heard that Ponce Circus tigers were still starving, and we asked ADI if they were able to find them. Can we now count on your support for the ongoing food and care for these precious boys? It costs our sanctuary $10,000 per year for food and vet care for each tiger. That’s a $400,000 commitment for these three tigers, assuming they live to age 20, which is very likely at Big Cat Rescue. You can make a secure donation for Kimba, Max and Simba on our Giving Tuesday donation page here. There is even a $25,000 dollar-for-dollar match from the SHARE Foundation.