To see photos, go to: http://latimesblogs.latimes.com/unleashed/2009/07/your-morning-adorable-endangered-iberian-lynxes-in-spain.html

These little guys are members of the world’s most endangered species of cat — the Iberian lynx. Fortunately for them a group of conservation biologists is working to save the species through a captive breeding program in the lynxes’ native Spain.

A century ago, about 100,000 Iberian lynxes lived in the wild in Spain and Portugal. But in the years since, they’ve been the victims of hunting, habitat loss due to human development and a disease outbreak that killed a huge number of wild rabbits, their main prey. By 2002, only about 150 Iberian lynxes remained in the wild.
One of the primary biologists working to save the lynxes is Astrid Vargas, an American who started a conservation breeding program in Spain in 2003. Vargas, who holds degrees in both veterinary medicine and conservation biology, started with five adult lynxes and now says the program has reached a goal of 30 adult males and 30 adult females. The next step: Preparing captive-born lynxes to be released into the wild.
More photos after the jump; for more information on the effort to bring Iberian lynxes back from the brink, check out this insightful Agence France-Presse interview with Vargas. 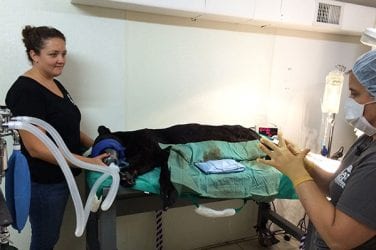 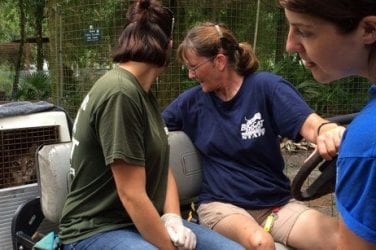