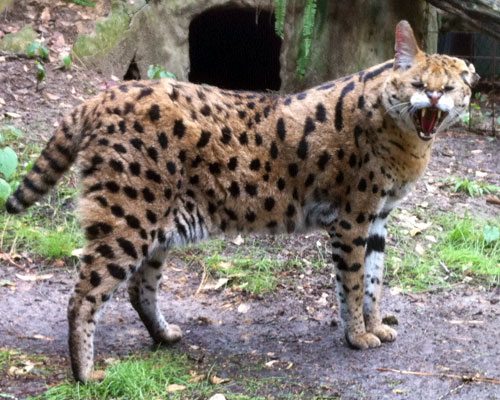 7/26/16 Today Santino was “down” in his den and surrounded by flies. We caught him and took him into the Windsong Memorial Hospital and Dr Wynn agreed to come by at noon. When we tried to fire up the generator, to run the X-ray machine, it wouldn’t start. We had a close lightning strike last week that took out the power and think it may have fried something. So, we drove Santino to Ehrlich Road Animal Hospital for X-rays, blood work and a sonogram.

During the ultrasound they expressed his bladder and found it to be bloody and full of crystals.

Back in 2013 we found masses in his liver but the blood work came back inconclusive on whether or not it was cancer. The X-rays and ultrasound showed the liver to be as bad or worse than before, but rather than open him up for exploratory surgery we opted to send out the urine, blood and a sample of the liver that was drawn today, to see if we can get a more conclusive report. He’s lived w/ the liver issue for many years, and I believe we have seen similar liver tissue in his cage mates who all came from the same pet store in NY and were probably all from the same backyard breeder.

Santino was 17 years old, and did not wake up from the anesthesia today. He’s gone on to join Doodles, Zoul and his former cage mate who died before we were able to rescue them from the basement in NY. I am sure that Zouletta will miss him, as we all will. Run in Paradise Santino.

A woman in NY was battling cancer, her sister had run off leaving her with her three children ages 6-17 and her home was in foreclosure…. She also had five servals living in her basement!

She would never be able to rent an apartment to keep her five servals and was left no choice but to try and find them a new home. After careful consideration  we decided that we were able to rescue the 5 servals  and immediately went into action. All the servals currently at the sanctuary live alone which they prefer as they’re solitary by nature, so in order to house 5 servals in one enclosure we had to get creative. We joined two existing enclosures together which made one huge 3000 sq ft space that the servals could roam around in and enjoy.

On top of joining the enclosures together, we added platforms, den boxes, hideaway areas and we were told they had a waterfall as kittens and loved it, so we also added a pool! We received the import permits, loaded the van with carriers and equipment then started on the long drive to New York while others finished preparing the enclosure.

We arrived in Cohoes New York, just north of Albany to a typical residential neighborhood, the 5 servals had been kept in the basement of the house which had been converted into a living room and except for a few escapes over the years including an incident where one of the owners was bit and in hospital for a week,  they’d never spent any time outside. There were 4 males, Santino, Doodles, Zoul and Zimba and 1 female Zouletta, all 5 had been declawed and were between the ages of 12 and 14 years.

All the servals except for Doodles are related and had been purchased from a pet store in Latham NY, Doodles was added to the serval pack at a later date and ironically belonged to a man in Florida who’s wife told him to choose between her and the cat!

It was a kind of a bizarre and an uneasy experience to walk into the basement area and see the 5 servals hanging out in front of the fire, by the TV and on top of the hot tub! It is hard to imagine that these cats spent much time out of their concrete floored cell because the furniture and hot tub cover were not chewed and these five love to chew!  But most of all it was just sad to see these 5 wild cats in such cramped unnatural conditions. The owners obviously loved the cats and had planned on them being a part of their life, they’d constructed a caged area with a drain in the floor so they could clean more easily and shut them off into the area when they had company or weren’t in the house. The cats weren’t living in filthy conditions, it was obvious they’d been fed as they all looked overweight, the owners recounted stories of them playing on pool tables and with their air hockey game, but it didn’t change the fact that their ignorance had led to the cats living on concrete in these dungeon like settings for over a decade….

So the rescue began…

With the help of the owners we managed to get four of the five servals into the carriers quite easily, but Doodles wasn’t impressed with these strangers invading his territory and wouldn’t go into the carrier even after we tried using food to lure him in, so he had to be netted.

Sedating cats is always the last resort, certain cats can react badly to the drugs, so we never do this unless it’s absolutely necessary…

With all 5 servals safely loaded into the BCR van and the last tearful goodbyes said, we began our long drive back to Tampa, we drove straight through the night and over 20 hours later arrived back at the sanctuary!

More staff members were waiting to help unload the cats, we weighed all the servals on the way to their new enclosure, they weighed between 31 and 42lbs, ideally they should have weighed between 20 and 30lbs.

We lined the carriers up and prepared them so we could simply unlatch the doors when we were out of the enclosure. Santino, easily recognizable with his old injury of a broken ear was the first to emerge from the carriers and explore. One by one the other servals  finally began to follow his lead and introduced themselves to the outside world and their new home.

Regina Rinaldi Jul 27, 2016
Tino weeno my NY italian serval. You were rescued from my hometown in NY. You were one of my favorite servals. You hid your illness well. Now you’re free. I’m crying, but if you were that ill, you are where you need to be. Run free Tino. Hope you’re there when I cross. You will be missed and always loved.

Sharon Henry Jul 27, 2016
So here we are, once again having to say goodbye to one of our beloved babies. No matter how often we find ourselves walking down this road, it never gets easier, nor does it harden our hearts. It only serves to deepen our hope that one day we will see you again, in a much better place. Until that day comes, run free and be happy Santino.

Karma Hurworth Jul 26, 2016
Dear, dear Santino. We had no idea you were so sick. You were that tough. I had a bad feeling when I heard you were down and needed the vet. I jumped at the chance to sit with you for awhile after your exam. When I came in, you moved your head, and just for a moment I had a spark of hope. But you weren’t waking up, you were saying goodbye. We tried to bring you back, but you were gone. RIP, my love. I’ll see you on the other side, but it won’t be in a cage. You’ll be free where you belong. I’ll never forget you Tino Bino…..always in my heart. 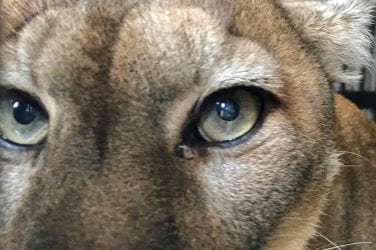 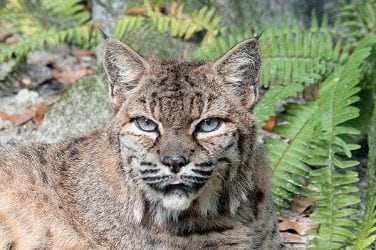