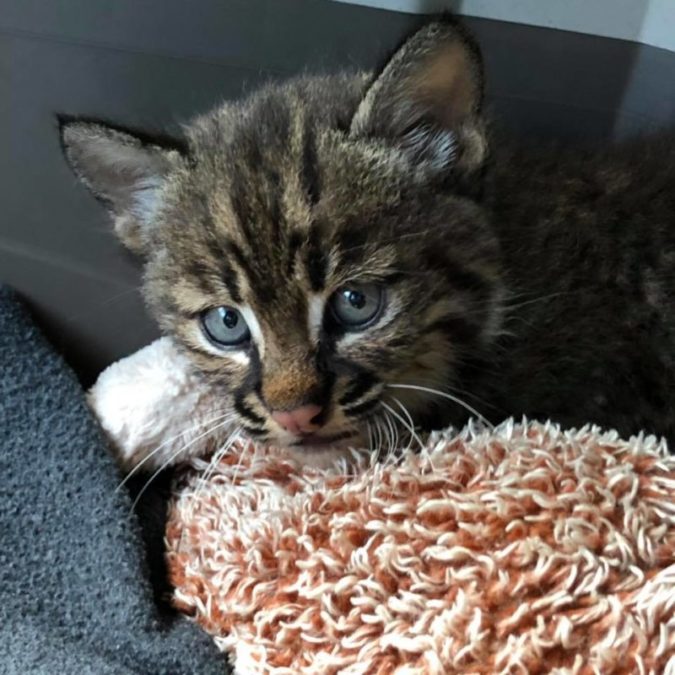 When a motorist saw a tiny kitten in the middle of the highway, she rescued her from being hit in traffic and dropped her off at the SPCA.

One of our volunteers, Bridget Sardone, was there dropping off and picking up foster kittens when she heard that the staff there had realized it was a bobcat kitten. There seems to have been two lines of conversation going on at the same time about the kitten because Bridget and her husband/volunteer Andy called Carole to ask if Big Cat Rescue could take the kitten, and simultaneously, someone from the SPCA called Carole to ask the same thing.

Of course, we were happy to help. We just weren’t sure what to do next. On the one hand, we had a mother bobcat with her own litter of three. All four kittens were the same age, so we pondered whether we should give the new kitten, who Jamie dubbed Cinder for the dark skies, to Sky to raise. To our knowledge, that has never been done with wild bobcats.

All our tricks for getting a domestic cat to raise a bobcat kitten probably wouldn’t work with Sky for several reasons:

1. She was already agitated and acting like she wanted to move her litter. We had been up all night the day before, to make sure she didn’t hurt herself or the kittens, carrying them frantically while seeking a way to escape.
2. For us to get her kittens’ smell all over Cinder we would have to freak her out further by separating Sky from her litter. Azul, Cobalt, and Indigo were already learning from Sky that people are bad news, so they were all fangs, claws, and fury, which meant no way we were going to rub them and rub the new baby.
3. Even if we did manage to exchange scents, we didn’t know if that would cause Sky to abandon her whole litter, if they smelled like someone else’s kitten.

As much as we hate to raise a single bobcat kitten, with no one to play with, we believe Sky and her three would have a better chance of survival if we didn’t take these risks.

We know a bobcat kitten the same age was recently dropped off at Fire Station 7 in Orlando and sent to Back to Nature Wildlife Refuge and Education Center.

We’ve contacted them asking for the kitten, as no one has the rehab facilities we do for bobcats. They haven’t responded, but we will reach out again. Hopefully, they will see the advantage of two kittens being raised together and let the baby come to Big Cat Rescue.

For now, Cinder is on quarantine for 2 weeks. Only vaccinated rehabbers can care for her during this time. She will be fed a mix of day-old chicks and our nutritionally complete ground carnivore diet twice daily. Each meal approximately 4 oz. She started Panacur (dewormer) today for 5 days. We need to make sure she isn’t carrying hookworms before we put her out into Bobcat Rehab.

Cinder now has a LIVE streaming Nest webcam on her in the bobcat rehab hospital.

We just got Cinder’s fecal reports back from IDEXX and she is positive for hookworm eggs, but not antigens. 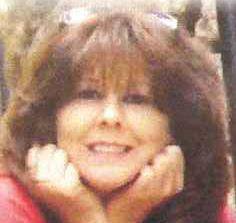 Summer Fair Season is NO FUN for big cats! If you are from NJ ... 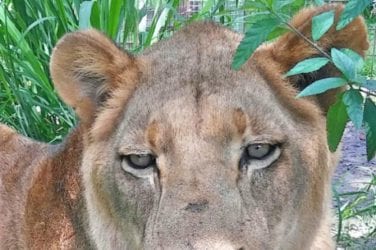 Big Cat Updates Cooper will be going outside, soon because he has now tested ...