by BCR
in Articles by BCR, Cat Laws
0 0
0
0
SHARES
5
VIEWS
Share on FacebookShare on TwitterShare via Email

In 1981, National Geographic ran a feature story on the illegal wildlife trade, including a photograph of a Thai animal dealer named Mr. Dang wearing a Burmese python, one of the most popular snakes in the US pet trade, one that usually retailed for about $80.

But Dang’s snake was an albino, a striking yellow and white, and it caught the attentions of many. His albino snakes were stolen, sold through a New York importer to a reptile smuggler in South Florida, who partnered with an Oklahoma snake breeder and made more of them, selling the offspring for $4,000 each. The breeder, Bob Clark, would later appear on the David Letterman show; Britney Spears would wear one of his creations on stage. That was the beginning.

Reptiles today are a huge industry – an ad for “investment grade pythons” is no joke. Later this month, the largest reptile show on earth, the National Reptile Breeders’ Expo, will take place in Daytona Beach, Florida. Companies supplying both your local pet shop and giant pet superstores, like PetSmart and Petco, will all be there, buying and selling. The old glass aquarium is out. Collectable snakes are kept in multi-drawer cage systems, like rare coins. The Internet has opened not only door-to-door delivery of reptiles but also of their food. Companies like Gourmet Rodent and Mice-on-Ice ship frozen mouse pinkies and rat jumbos across the country. Others mail fruit flies and crickets.

Boxes of live cobras are (legally) traveling in the back of that minivan next to you on your way to the beach. Endangered tortoises from Madagascar are (illegally) flying overhead via Federal Express labeled as books.

Yesterday, in a little town called Hamburg, in the middle of Pennsylvania Dutch Country, dealers gathered inside a field house behind the town fire hall to buy and sell reptiles. Hamburg’s event is what reptile people refer to as a “hot show,” hot being slang for venomous. It’s illegal to sell venomous snakes in many cities, including New York, so four or five times a year those with a hot bug travel to Hamburg to buy green mambas, spitting cobras, rattlesnakes. The alligators that turn up now and then in New York apartments are bought at shows like Hamburg.

Amazing as it may sound, you can learn how to care for your new venomous pet by picking up the August issue of the industry’s leading magazine, Reptiles. The feature story is, “Tackling the Taipan: Proper Care for One of the Deadliest Snakes.” One bite from an Australian taipan carries enough venom to lay cold 50 sober adults. Luckily, the hot trade is a tiny fraction of the multi-million dollar reptile industry.

Yes, there’s money in reptiles. After that National Geographic photograph, breeders discovered ways to genetically create new colors. In a skin-based version the 1950s hot-rod car era, designer reptile breeders genetically customize pythons, turning brown and black snakes orange and white, pulling spots sideways to form stripes. They name their concoctions Killer Bee, Spinner Blast and Dreamsicle, and they sell the rarest of these for $100,000 and more. Million-dollar homes have been built on snake money.

Which of course, has been blood in the water to smugglers. Emboldened by snake money, they’ve traveled the world, hunting rare tortoises, poaching unique frogs, bringing them home for collectors: $30,000 for a baby Komodo dragon; $20,000 for a Madagascan tortoise. Before this generation’s era of wealthy private collectors, the biggest money in smuggling came from America’s largest zoos. In the late 1970s, the National Zoo, the Philadelphia Zoo, the Dallas Zoo, the Bronx Zoo and others helped fund the exploits of Philadelphian Hank Molt, one of the country’s most ingenious reptile smugglers. Molt brought saltwater crocodiles home from Asia in his suitcase, and he paid off corrupt overseas zoo keepers to steal from their own collections. Molt’s smuggling was so outrageous (a member of his gang tried to bury evidence in the New Jersey Pine Barrens) that after he was caught President Jimmy Carter called for a brand new wildlife section to be created in the US Justice Department, the same office at the cutting edge of environmental crimes prosecutions today. 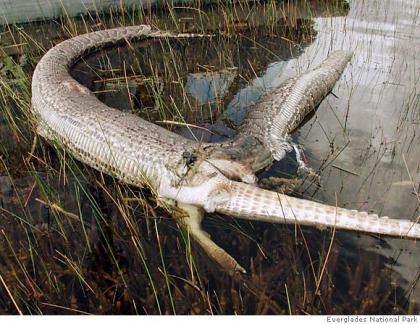 Post-9/11 airport security has cut down on hand-carrying smuggled reptiles. Today, smugglers doctor paperwork to bring in reptiles, usually as part of large shipments. The real trouble today is not illegal reptiles, it’s the legal ones. Many of the biggest wildlife traffickers in the world use legal reptile operations as fronts for criminal syndicates dealing the world’s most precious species. Cheap little frogs and lizards in your local pet shop have for years come to the US through the fingers of kingpins in Southeast Asia and Africa who trade snow leopards, rhinoceros horn and rare birds. The media often compares the illegal wildlife trade to the multi-billion-dollar trade in illegal drugs and guns, but the truth is nobody knows how big illegal wildlife trade is because we don’t have international law enforcement cooperation on wildlife smuggling the way we do on drugs and guns. Even worse, in the US, the elite undercover squad dedicated to stopping wildlife crime recently shut down.

Chances are you have dabbled in the illegal trade yourself. Cheap and disposable, baby turtles and green iguanas have long been considered the Bic lighters of the pet trade. A few weeks ago, one of the largest reptile import-export companies in the world, Strictly Reptiles of Hollywood, Florida, was convicted of selling baby turtles. The potato chip-sized reptiles that often are sold together with a plastic lagoon bowl and a shaker of dried food have been illegal to sell to the general public in the United States since 1975 because of a link between the mouth-sized pets and salmonella in children. But that hasn’t stopped their trade. You can find a baby turtle for sale at county fairs, Italian markets and most any beachside shopping strip in the country.

Bryan Christy is the author of “The Lizard King: The True Crimes and Passions of the World’s Greatest Reptile Smugglers,” published this month by Twelve.

To sign up for Daily Newsletter Alerts, please visit http://www.nypost.com/php/newsletter/classify_newsletter_clicks.php

Copies of The Lizard King and the 50 page report called Paper Tigers? were sent to the Florida Wildlife Conservation Commissioners and top level staff to illustrate the need for a ban on exotics in Florida but they sent them back.