0
SHARES
6k
VIEWS
Share on FacebookShare on TwitterShare via Email

Simba the tiger was rescued from the circus in Guatemala. We believe he was born in 2010. He came to us with two other male tigers, Max and Kimba. At the circus these tigers were fed chicken feet as their primary diet. This does not give them the nutrition they need. Many circus tigers are very closely related due to inbreeding and often suffer spinal deformities from the lack of nutrition, inadequate ability to move around, being forced into unnatural poses for circus acts, and being so inbred. These three tigers all have arches in their spines that we do not see in our other cats.

In the circus the full time living space for these circus tigers was only about the size of a queen size bed.  Because it is a cruel life 27 countries ban circus acts that use wild cats. In the U.S., there are seven states and 149 other localities in 39 states that have passed various restrictions or bans involving the use of wild animals in circuses. The circus was banned by law in Guatemala thanks to efforts made by Animal Defenders International. Hermanos Ponce Circus resisted turning over the animals, but ADI eventually managed to get them to relinquish their tigers and ADI cared for them in a temporary facility while Big Cat Rescue worked to obtain the import permit needed to bring three of them, Simba, Max and Kimba, to their permanent home here.  They finally arrived on November 25, 2019.

Of the three tigers, when they arrived at Big Cat Rescue Simba proved to be the extrovert in the group. When the door of his travel crate was opened, he exited enthusiastically and headed right for one of our large cylindrical toys and started playing with it.

February 7, 2018, was the first time Big Cat Rescue heard about the circus tigers in Guatemala. It was a Daily Mail story telling everyone how a 55-year old man had both his arms ripped off by starving tigers, who ate them as villagers threw rocks and beat the cats with sticks. The circus had been banned in Guatemala thanks to efforts made by Animal Defenders International. The tigers were supposed to have been turned over to authorities, but instead, Ponce Circus, and others all went on the run. On October 29, 2018, we heard that Ponce Circus tigers were still starving, and we asked ADI if they were able to find them. Can we now count on your support for the ongoing food and care for these precious boys? It costs our sanctuary $10,000 per year for food and vet care for each tiger. That’s a $400,000 commitment for these three tigers, assuming they live to age 20, which is very likely at Big Cat Rescue. 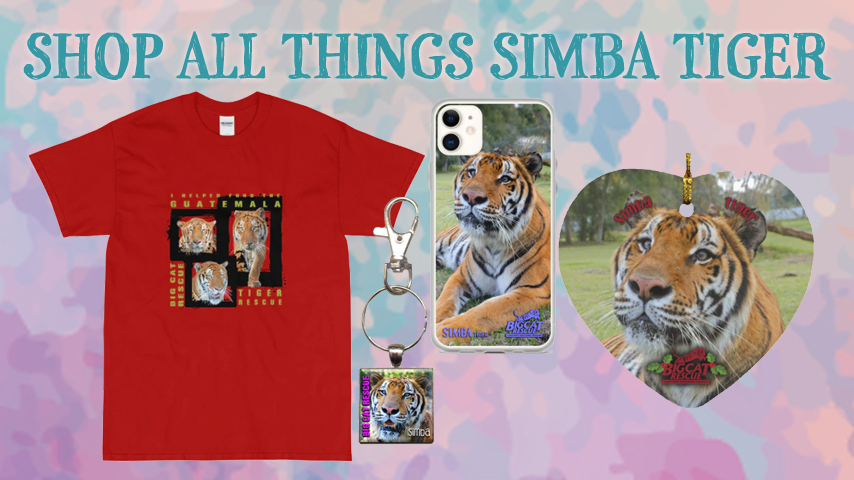