TAMPA – Rescuing stray cats is nothing new for Nici and Skip Haerter, but their latest rescue is no ordinary cat.

“I love animals and there was never a question in my mind. I’d do whatever it took,” Nici said.

While driving down Highway 46 in Sorrento, Nici saw a wild bobcat in the grass. Except, the wild bobcat wasn’t acting very wild.

He wasn’t really moving at all, likely hit by a car.

Nici called Skip for help. He brought his truck and loaded the bobcat in, which was the easy part because the cat was still suffering from
shock.

When they arrived home, the scene was different.

“Growling real bad. Hissing, fighting at the blanket, his claws were going like crazy,” Skip recounted.

The couple had a friend bring a large dog crate over. They carefully handled the wild animal, feisty despite massive injuries.

“I just don’t have a fear when it comes to hurt animals,” Skip said.

The Haerter’s secured the bobcat, now named after Skip, a spot at Tampa’s Big Cat Rescue.

“We weren’t even sure he was going to live,” founder Carole Baskin said. “His spleen looked like it was totally annihilated. He had a lot
of internal bleeding.”

His pelvis was completely shattered as well, but he pulled through the first critical days and hours worth of surgery.

Dr. Callum Hay and his team with Veterinary Surgical Services donated $3,000 worth of labor on New Year’s Eve to rebuild the bobcat’s hips.

“People are just addicted to watching this cat and making sure he’s going to have the best possible life,” Baskin said.

Live streaming video of “Skip” has gotten more than 36,000 hits in just a couple weeks.

The Haerter’s think it’s because people are looking for something to believe in, and hope for, right now.

Though Nici wasn’t looking for anything.

She found skip because she took a wrong turn down Highway 46 that day, but looking back, maybe it was the right turn.

“I don’t believe in coincidence. I was sent there for a reason.”

To donate to the Big Cat Rescue, go to Donate at top right. 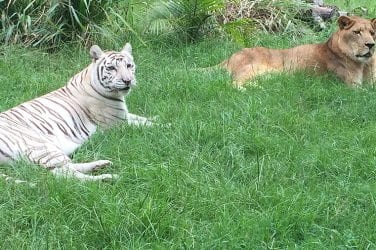 Big Cat Walkabout Video This is a compilation of videos between June 30 and ... 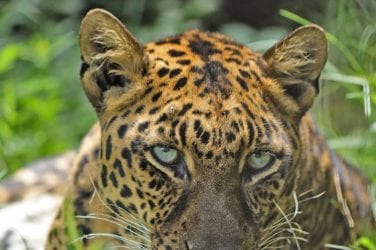