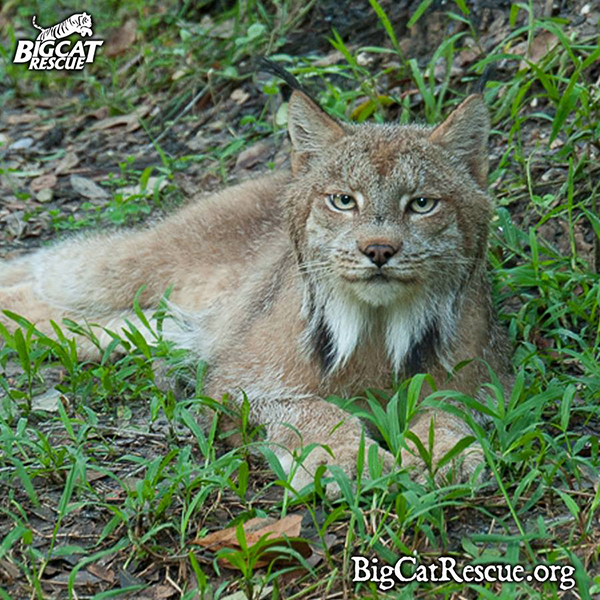 Skipper’s age is unknown. He had been purchased along with Gilligan at an auction before being rescued years later by Big Cat Rescue.

Skipper had the largest cage measuring about 5′ x 30′. He had a small plastic dog house and a plastic shelf precariously attached to the side of his cage. A large rabbit carcass lay rotting in the corner of his cage and the entire cage was just as dirty as the others, feces lying everywhere and urine soaked straw.

Big Cat Rescuers entered Skipper’s cage with nets in hand and a large transport crate. Because of his size and the fact that he was fully clawed the plan was to just corral Skipper into the crate using the nets. Well Skipper had another idea and ran straight into the net.

He was netted and then shifted into the crate.

Skipper was the first of the Kansas cats to exit his crate and begin exploring his new enclosure at Big Cat Rescue. He cautiously stepped into his enclosure while looking all around at all of the new sights. After a few steps he turned and looked at the Big Cat Rescuers who had just released him from his crate and then took a few big stretches before moving on and investigating every last nook and cranny of his new home.

Read more about the rescue and see photos and videos https://bigcatrescue.org/most-daring-rescue-ever/

Dr Justin performed a necropsy on Skipper and found that his liver was hard and covered with white blisters that will most likely come back as cancer. His lungs had a blackish red tint indicating that he could have thrown a clot that resulted in his quick passing.

On 9/27 he was acting weird but ate pretty well. On 9/28 he left a baseball of mush. On 9/29 he didn’t eat breakfast and buried his food instead. Later in the day he ate half a meal. On 9/30 he didn’t want to eat, so keepers tried through out the day to get him to eat or take a ‘cicle. He had flies around his rear end so we were concerned that he was constipated again and they were trying to get lactulose in him. He was reported to be panting, so Kathryn went out to check on him and sent me a video. We decided to bring him in the A/C (even though his A/C was working). Kathryn gathered nets and a crew and Carole got there just ahead of them to find he had just died. His tongue was still pink, but he had stopped breathing and his heart had stopped.

Thank you everyone who gave this beautiful cat a second chance at life and all of the love any cat could ask for. 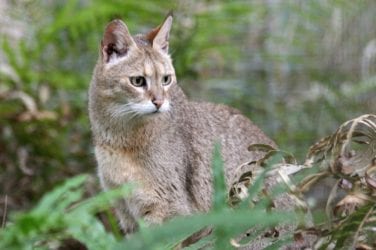 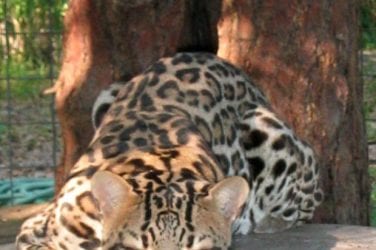 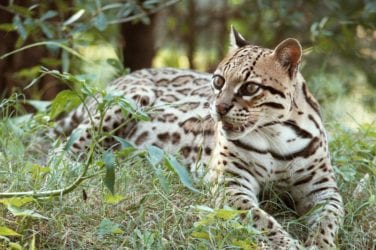