0
SHARES
451
VIEWS
Share on FacebookShare on TwitterShare via Email

Tickets are $4.99 and will get you access to the secret agenda.  There will be VIP add ons available later for some of the Zoom meetings.

This year’s Wildcat Walkabout will be an online virtual event but it’s going to be as much fun as ever and proceeds from the ticket sales will go to conservation projects in the wild.

We are pulling out all the stops to give everyone access to an amazing day of LIVE events on Facebook, YouTube, Instagram and TikTok.  There will be some Ask Me Anything Zoom events with your favorite staff and volunteers.  Your ticket purr-chase will result in us sending you an email with all of the day’s LIVE events, special discount codes for our big cat gear and access to the silent and maybe even live auctions.

Part of the fun is all of the Wildcat Walkabout themed gear.  Check out 16 NEW products you are sure to love! https://big-cat-rescue.myshopify.com/search?q=2020+Virtual+Wildcat+Walkabout&type=product

The best part of Wildcat Walkabout has always been meeting YOU so this year we are working on guest participation ideas that could include having you post pictures of yourself in big cat gear, or with a “flat Stanley” of your favorite cat at Big Cat Rescue, or coloring contests and more.  For the “more” give us your ideas in the comments below because we want you to be involved!

This will be a day of making and sharing memories and it’s all fur a good cause!

The beneficiaries this year will be protecting tigers from being used in Asian circuses and protection of wild populations of Pallas Cats! 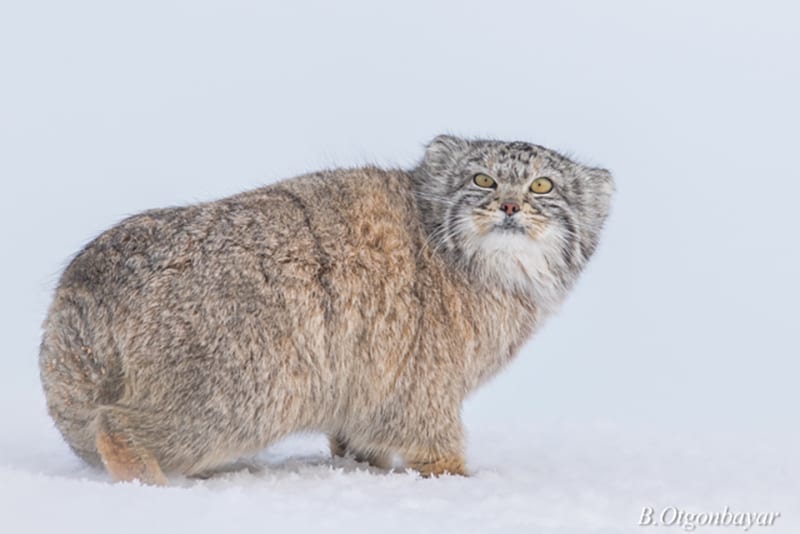 Steppe Wildlife Conservation & Research is a Non-Government Organization, established in 2018, dedicated to the conservation of local wildlife, especially Pallas’s Cats in Eastern Mongolia. Their focus is on building local awareness and knowledge through community based tourism, education and Research. 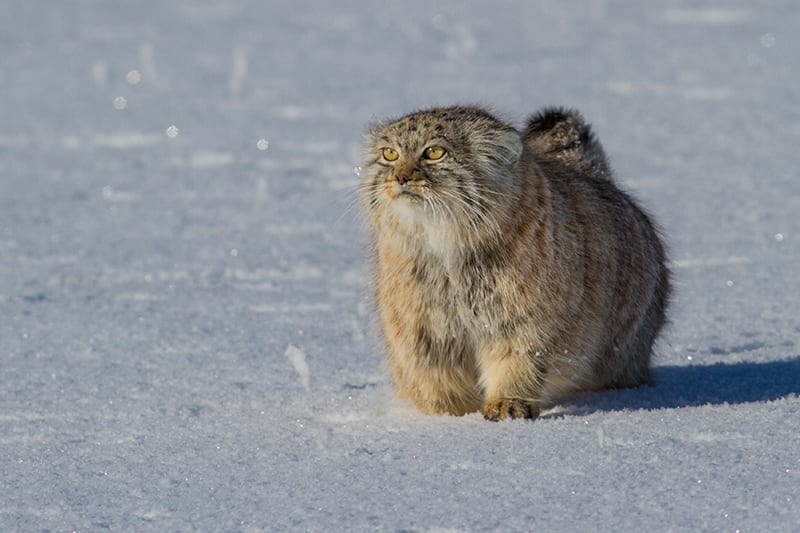 The Pallas’s cat is listed as ‘Near Threatened’ on The IUCN Red List of Threatened Species and is thought to be at risk from habitat fragmentation, a declining prey base, and consumptive hunting. Current status of Pallas’s cat highlights its need for protection but Its ecology remains poorly understood, impairing the development of conservation strategies. Most recorded sightings are in mountainous areas, steppes and rocky outcrops, suggesting these are the preferred habitats. Pallas’s Cats are distributed throughout Southern Turkmenistan, Iran, Afghanistan, Balochistan, Ladakh, Western & Central China, Mongolia and Siberia, however the scarcity of records suggest the species is rare and has very patchy distribution. 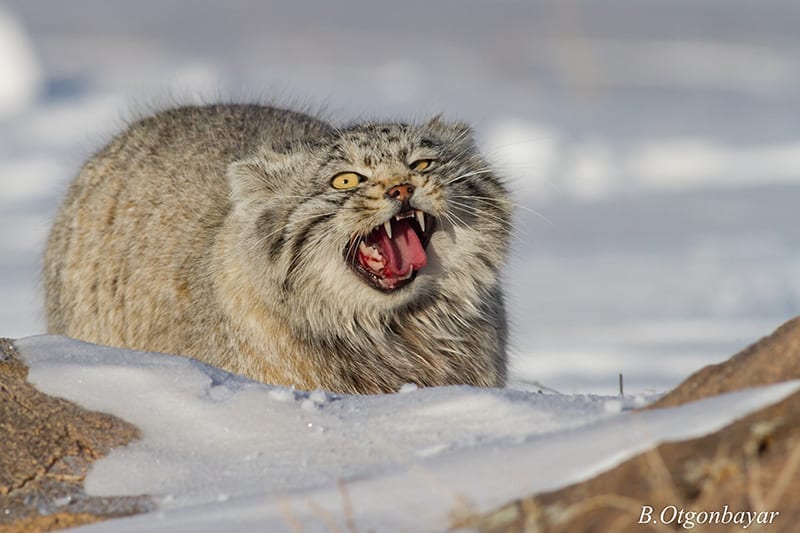 The Eastern Steppe is one of the world’s last great grassland wildernesses,  providing a vast ecosystem and acting as a stronghold for the elusive Pallas Cat, with large numbers of individuals noted here. Approximately 12% of the species’ range in Mongolia occurs within protected areas. 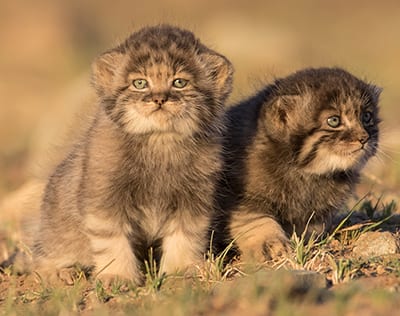 But the steppe zone in which most of their distribution is, is out of protection of the species. The cats primarily depend on rock and earth dens dug by other mammals ; marmot dens are preferred by Pallas Cats, as they are underground and most likely provide insulation and thermoregulation, however massive marmot declines in Eastern Mongolia have resulted in reduced burrow availability and problems for Pallas Cats.  Thank you to B. Otgonbayar for this fascinating look into the lives of wild Pallas Cats and Pallas Cat kittens! 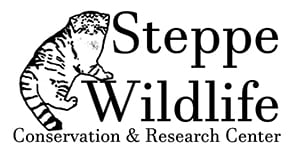 Steppe Wildlife is working to better understand the region and biological needs of the Pallas Cat to successfully develop future conservation management programs.

You can read more about their work here: https://www.steppewildlife.org/ 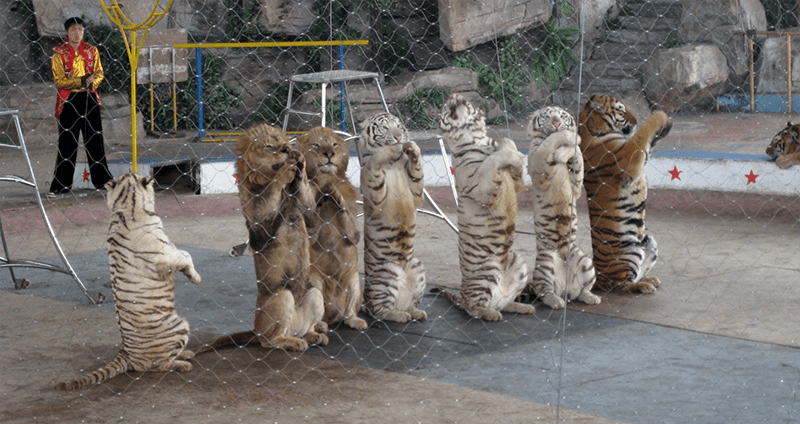 The circus industry in China continues to cause immense suffering for many thousands of tigers, lions, bears, macaques and other wild animals. The Small Chinese NGO Freedom for Animal Actors (FAA) has been working since 2015 to expose this practice via a nationwide campaign, raising awareness of this immense cruelty and directly opposing the activities of the circus operators. FAA activities have led to some severe disruption to circus operators in China and to many facilities ending their association with circuses that use animals altogether. Whilst they do not underestimate the task ahead they are hopeful that through this direct action and public dissemination campaign, public opinion will continue to change within China with less support for the use of animals in entertainment. 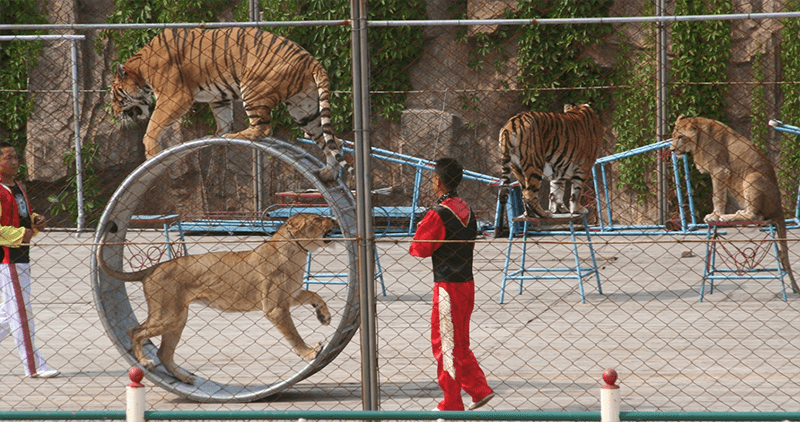 Through their work Freedom for Animal Actors aims to raise awareness of the welfare issues associated with not only the use of animals in circuses but the transport, traveling, housing, training and wild capture of these animals for circuses and zoo exhibits. To date FAA activities have achieved several successes: 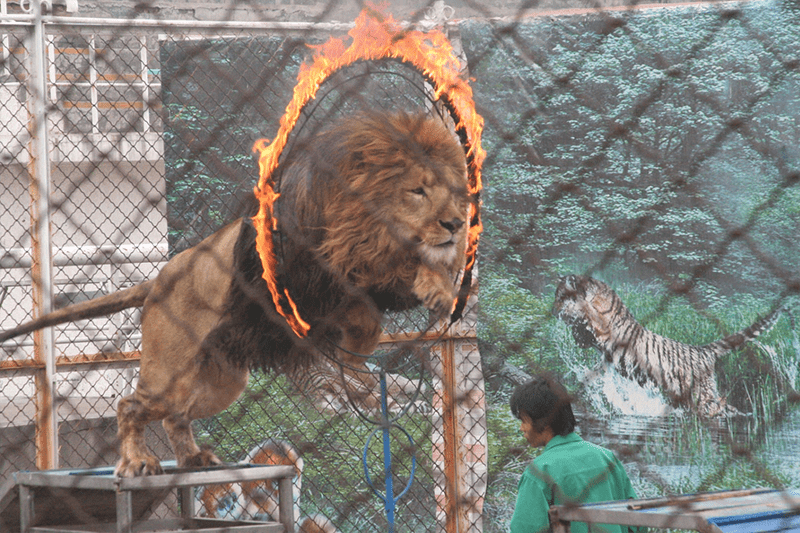 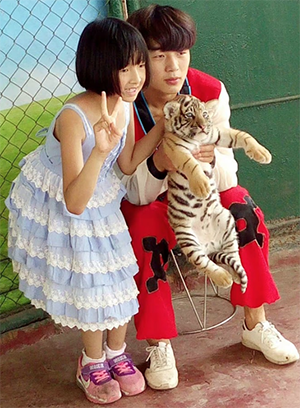 1. The closure of many traveling circuses by local government departments due to their inability to meet the legal requirements to operate a circus with animals.

3. High profile TV networks and shows including the ‘wonderful friends tv show’ adapting their formats to end the exploitation of wild animals for entertainment.

4. Widespread public support for an end to the use of wild animals in circuses 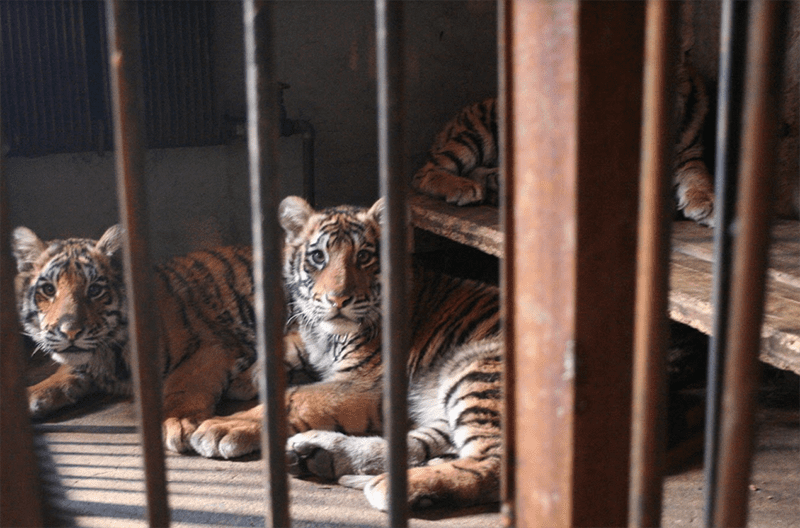 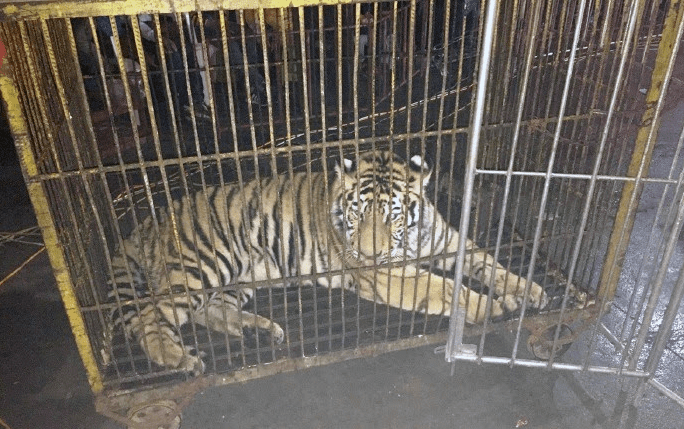 The FAA is only a small organization, facing a large industry, so the more awareness and support their work receives, the more ability they will have to help the thousands of animals affected daily by this cruel exploitation.

Circus to Sanctuary in 3D 180VR