Asking how that can be? Here is how.

The private ownership of tigers in the U.S. negatively impacts conservation in a number of ways:

Negative conservation  message. The primary driver of breeding tigers in the U.S. is the need for a constant supply of tiger cubs in order to charge the public to take photos with them, pet them and swim with them. The exhibitors falsely claim that this causes people to be more interested in conservation.  The opposite is true for two reasons.

1) Exhibitors argue that close contact with the animals creates awareness of conservation. Studies with primates have shown the opposite to be true. (Citations).

2) Exhibitors tell people that the tiger is inevitably going extinct in the wild so the only way to “conserve” them is to breed them in captivity.

First, “conservation” is preserving the balance of nature in the wild. Having tigers in a cage to gawk at is not conservation. The only time breeding in captivity has a positive conservation impact is when animals (1) are of pure genetic heritage, (2) are either inherently capable of surviving in the wild or can be taught to survive in the wild (like BCR’s rehab program for orphaned bobcat kittens we teach to hunt and then release) and (3) there is habitat into which the animals can be released. NONE of these criteria are met by the generic tigers that are used for cub petting and display. Impairing U.S. credibility in influencing other nations. There are estimated to be 5,000 to 10,000 tigers in private hands in the U.S. Those who have USDA licenses are supposed to keep a census showing acquisitions, dispositions and those they possess at a given time. But the exhibitors only need to keep records for a year and only keep them on hand for inspection. USDA does not collect this data and track it. There is no tracking of private owners of tigers who do not have a USDA license.

An organization called TRAFFIC commissioned a study a few years ago to determine if parts from U.S. tigers might be entering the illegal trade.  The study concluded that there was no way to know how many U.S. tigers end up in the trade for their parts because of the lack of tracking. For instance, two of the most notorious prolific breeders of tiger cubs, one in Wynnewood, OK and one in Myrtle Beach, SC each breed dozens of tigers each year for petting and there is no tracking of where these cubs end up.

There is an international treaty called the Convention on International Trade in Endangered Species of Wild Fauna and Flora (CITES). Without going into details, the nations meet every few years to report on progress, discuss issues and vote on recommendations. Again to keep it short, China and a few other nations want to change the CITES rules to allow them to breed tigers like we breed cattle or chickens on “tiger farms” and slaughter them to sell their parts and products made from their parts (called derivatives) like tiger bone wine. Those countries falsely argue that if they “supply the market” for these products from the farms then there will be no incentive to poach tigers from the wild. This is absolutely not true for two reasons. First, the wild tiger will always be considered the premium product, particularly when it comes to derivatives that are alleged to have aphrodisiac qualities. So expanding the market by making supply more readily available will create even more demand for the premium wild tiger product. Second, it is simply much cheaper to poach a tiger than to feed and house one for years until it is large enough to slaughter.

The U.S. fortunately opposes tiger farming and sale of tiger parts and derivative, as do many other nations.

So what does this have to do with breeding captive tigers in the U.S. for cub petting and having them end up in back yards and no one knows where?

Recently we were participants in a meeting of NGOs (non governmental organizations) from around the world that are involved in tiger conservation. They universally bemoaned the fact that while the U.S. was an ally in trying to resist efforts by some nations to farm tigers and legalize the sale of parts and derivatives, the U.S. credibility and effectiveness is severely impaired because the nations favoring the legal sale of tiger parts point to our widespread untracked captive population and ask how can the U.S. credibly ask those nations to stop captive breeding when we set such a bad example of rampant breeding in our country with no idea how many tigers here may be killed for their parts and end up in the international trade. The nations with tiger farms point out that at least they know where their tigers are.

Is there something YOU can do to stop tigers from being killed in the wild? YES! 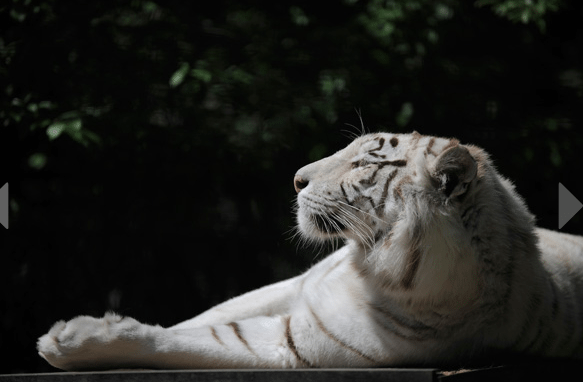 We can hugely increase the ability of the United States to influence the international community to prevent the tiger farming and sale of tiger parts and products that will increase the poaching of wild tigers. How? By passing the Big Cat Public Safety Act HR263 / S1210. This law would end most of the private breeding and possession of big cats in this country. Passing this bill into law would show that the U.S. was ending the private breeding here and restore our credibility with the international community.

How can you help? It is easy and takes only a few minutes. Just visit BigCatAct.com and learn how to email or call your Representative and Senators and urge them to support the Big Cat Public Safety Act.

One response to “Breeding Kills”