0
SHARES
136.1k
VIEWS
Share on FacebookShare on TwitterShare via Email

CEO AND BOARD OF DIRECTORS

Find me on all the social channels at https://sociatap.com/CaroleBaskin

Carole Baskin is the founder and CEO of Big Cat Rescue. She runs a real estate business and manages 100+ volunteers and interns from around the world and 10 staff and contractors. She has run this Tampa based non profit since 1992 and has garnered international attention to the plight of captive big cats on CNN, Animal Planet, Discovery, U.S. News & World Report, People Magazine, The Today Show, Sports Illustrated, Netflix, Wondery, all of the local media outlets and many more national and international programs. She is the host of the Cat Chat Show, a live interview with cat experts from around the world.

Want  a customized message from her? Find Carole Baskin on BitClout or Memmo or Get Close and Personal

Book Carole on GATHR for 30 minutes to an hour!

Carole is so outspoken that her enemies, the people who breed big cats and exploit the cubs in pay to play schemes, have repeatedly threatened her life and one of them is in jail serving a 22 year sentence after being convicted on two counts of murder for hire.  You don’t become that hated by the industry unless you are having an impact.  In November 2019 Wondery announced that Kate McKinnon would play Carole Baskin in the television mini series based on Robert Moor’s podcast, Over My Dead Body.

Longreads did an excellent podcast and article detailing Carole Baskin and her crew’s battle to save big cats at https://longreads.com/2020/03/16/tiger-trafficking-in-america/

Feel free to use these photos in news stories about Carole Baskin, Howard Baskin and Big Cat Rescue.  Photo credits to Jamie Veronica Murdock.  Click on each to load a larger file.

Carole has lectured in Costa Rica, Panama, Mexico and many cities across the U.S. on legislative affairs, and sanctuary standards in Universities, Law Colleges (including Stetson, Texas Lutheran University and University of Miami), and in numerous animal association conferences. Her efforts, combined with many others of like mind, have resulted in the 2003 passage of the Captive Wild Animal Safety Act which made it illegal to sell a big cat across state lines as a pet, the 2009 requirement that those in Florida who possess Class I animals must post a $10,000 bond and the reclassification of a cougar to Class I, making it illegal to own as a pet in FL.

2021 February Interview with Spencer Lodge is fun and illuminating.

2020 Dec. 34 Better Together with Anne Hecht and Heather Duffy Boylston on Apple podcast. 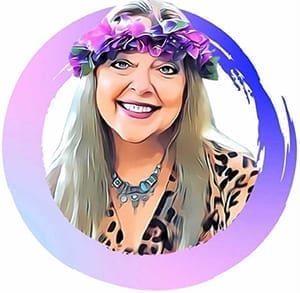 Find Carole & Big Cat Rescue on Rarible https://rarible.com/bcr for one of a kind NFTs

The coalition formed in 2011 and decided on a three prong approach to ending the abuse of tigers including; Closing the generic tiger loophole at the USFWS, Asking USDA to close the 4 week window of cub petting and a federal bill that ends the breeding and trade in big cats outside of AZA zoos. By 2013 the USFWS and the USDA had put the group’s suggestions on the Federal Register for public comment and had received nearly 30,000 comments in support. The Big Cat Public Safety Act, a federal bill to stop public handling of big cats and their cubs and ending the private possession of big cats is gaining momentum and is poised for passage.

Because of her extensive experience with big cat issues she was selected as a one of the judges for the prestigious International Big Cat Film Festival where winners were selected from over 200 entries and the awards were made at the United Nations Building by the Secretariat of the Convention on International Trade in Endangered Species of Wild Fauna and Flora (CITES) and the Jackson Hole Wildlife Film Festival.

Washington, DC, October 24, 2019 – The 2019 Carole Noon Award for Sanctuary Excellence recipient was announced by the Global Federation of Animal Sanctuaries (GFAS). This year Carole Baskin of GFAS-accredited Big Cat Rescue, one of the largest accredited sanctuaries in the world dedicated to abused and abandoned big cats, was singled out for her visionary leadership and advocacy efforts to end the private possession and trade in exotic cats through legislation and education.

My superpower is: I can see the future

When confronted with an issue, I don’t just see the problem; I see it in sort of a split screen in my head. On the left is what I have. On the right is what I want. That clarity makes it possible for me to make quick decisions about what needs to be done right now and I can see the steps needed to get to what I want. They fan out across that split screen image so that I can move on through the steps, and delegate tasks along the way, to engage others in the path to that ultimate outcome. An example of this was how the sanctuary started.

When I saw that a taxidermist was going to purchase a 6 month old bobcat, who was an unwanted pet, to turn her into a den decoration, I knew I could fix that problem. He said he was going to club her in the head in the parking lot. I was able to see that outcome AND one where she had a long, healthy life. Windsong spent the next 18 years as the beloved founder of Big Cat Rescue. The next year when confronted with 56 bobcats and lynx at a fur farm, I could see their imminent doom as skins for the fur trade AND I could see them enjoying long, healthy lives with people who would see them for the amazing individuals they all were.  – Carole Baskin

The future for zoos is augmented and virtual reality, rather than holding wild cats hostage and Carole created and launched the world’s first AR Zoos in 2019.  Carole’s audacious goal is to create a network of LIVE, 360 Internet streaming webcams in places where wild cats live free.  Access to these cameras would be only for crypto token holders and the income from the sale of tokens would go into the local communities so that they are incentivised to protect wildlife and wild spaces.  Read more at BigCatRescue.org/earth

See a typical day at the sanctuary.

Carole Baskin Speaks Out for the Florida Panther

Some Articles About Carole Baskin

2020 Oxygen’s Gina Tron did an article called Where Is Carole Baskin, The Woman Joe Exotic Tried To Have Killed, Now? https://www.oxygen.com/true-crime-buzz/where-is-carole-baskin-from-netflixs-tiger-king-now

2020 Rachel Nuwer wrote for Longreads and did an excellent podcast and article detailing Carole Baskin and her crew’s battle to save big cats at https://longreads.com/2020/03/16/tiger-trafficking-in-america/

2020 Vox did an article saying, https://www.vox.com/culture/2020/3/20/21187519/tiger-king-netflix-review “For all the exploration of the world of big-cat lovers that Tiger King attempts, it never succeeds in giving us a sense of why things are the way they are. What draws people so strongly to these huge cats, and to the men who collect them? Why should it matter to the audience who wins the fight between conservationists and owners? And all of that’s a shame, because Tiger King doesn’t quite manage to achieve any of its possible aims — to convince audiences to care about the fate of big cats, to say something about ego or labor or America, to make its audience think twice about what props up charismatic personalities.”

2020 The Native Influence did an in depth interview here: https://thenativeinfluence.com/contributor/carolebaskin/view/ 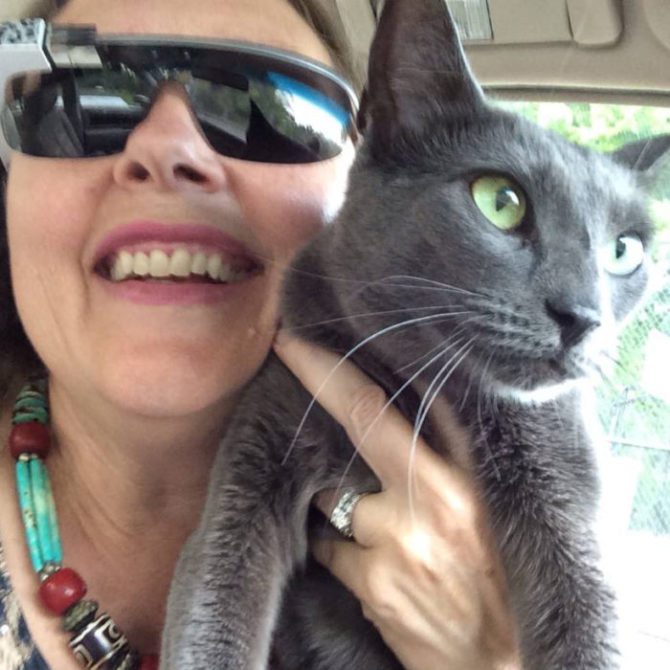 2019 Common Good from Newman’s Own Foundation did an article about Carole Baskin.

2015  From Exotic Pet Breeder to Big Cat Rescuer: My Journey Towards Understanding One Green Planet

2006 My Wife is Not a Don’t Glamour Magazine 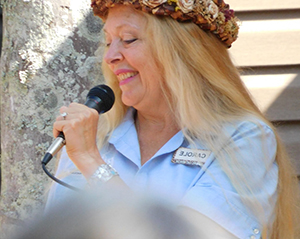 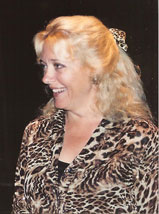 Carole Baskin is the founder and CEO of Big Cat Rescue, the world’s most influential, accredited rescue facility for exotic cats. She and her family volunteer for Big Cat Rescue as unpaid staff and have 100+ volunteers and a dozen interns from around the world. She has run this Tampa based non profit since 1992 and you may have seen Big Cat Rescue on CNN, Animal Planet, Discovery, People Magazine, The Today Show, Sports Illustrated, all of the local media outlets and many more national and international programs. She has been asked to provide lectures in Costa Rica, Mexico, Panama, Brazil, and Australia, as well as countless cities across the U.S. She has lectured on cage construction, legislative affairs, and sanctuary standards in Universities, Law Colleges, and in numerous animal association conferences.

She has successfully rehabbed and released a number of bobcats and other native animals. Big Cat Rescue is accredited by The Global Federation of Animal Sanctuaries, and Carole Baskin served as a past President of, The Association of Sanctuaries (a national accrediting body that later folded into GFAS and is to sanctuaries what the American Zoological Association is to zoos.

She previously served on the board of the Humane USA PAC and had been the legislative liaison to the Captive Wild Animal Protection Coalition, and was responsible for representing The Association of Sanctuaries at their meetings. She supplies CWAPC with all of the current data on exotic cat issues, including the numbers being displaced, the maulings, escapes and killings of both the public and the cats involved. She scans the media daily for news regarding exotic cats and reports to some 300 people of three different groups with the daily headlines.

In 2005 she was appointed by Hillsborough County Commissioner Brian Blair as a member of the Animal Advisory Committee to assist Animal Services in their service to the Hillsborough County Board of County Commissioners and was unanimously elected as Chairperson the following year. Big Cat Rescue is a member of the International Tiger Coalition, Florida Association of the Restoration of Ethics, a member of the Tampa Chamber of Commerce, the Upper Tampa Bay Chamber of Commerce, The Tampabay Visitors and Convention Bureau, and many other animal welfare groups.

Big Cat Rescue assists other accredited sanctuaries by helping them build cages, train their volunteers and they lend their people and resources to help them recover from natural and man made disasters. Big Cat Rescue is licensed by and in good standing with FWC, USFWS, USDA and is registered with the state of Florida as a charity.

Big Cat Rescue’s founder, Carole Baskin, with members of the  Humane USA’s staff and board of directors.

The CEO’s pay is determined based upon others in the industry and her performance, which is reviewed by the board annually. 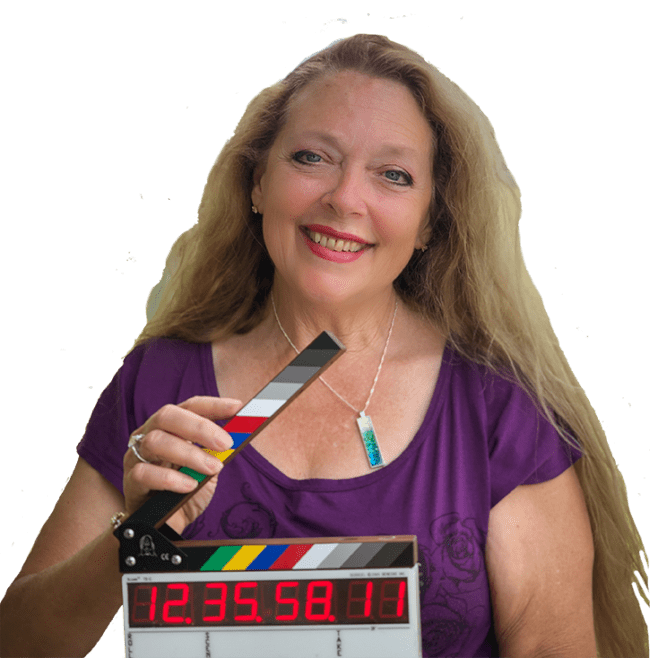