When the Busch Wildlife Sanctuary in Jupiter, Florida asked Big Cat Rescue to rehab Lucky and Clover in February 2018, and give a permanent home to Hutch the serval, I (Carole Baskin) noticed an old bobcat in the cage next to Hutch.  I asked if I could take him too.  Keepers said he was much too old to make the trip to Tampa and estimated he was 18-20 years old.  I did my best to talk them into letting him go with me, but they stood firm.

On the way down to pick up Echo, another rehab bobcat kitten, on June 14, 2018, I asked again if I could bring the old bobcat home to Big Cat Rescue.  Timing was on our side this time because they had tried putting him out in their display area, but all he did was pace.  They said he really wanted to get at another male cat they had on display and he just couldn’t settle down.  Apparently he’d managed to get into it with a neighbor, and I don’t know the details, but this time I guess they figured if he was that feisty, he’d survive the trip to Tampa.

His name is Frankie and they said he was only about 12 and had a similar story to Hutch, in that he’d been a relinquished pet, who had just ended up staying at the sanctuary, even though he was off mission for a place that is dedicated primarily to rehab and release. 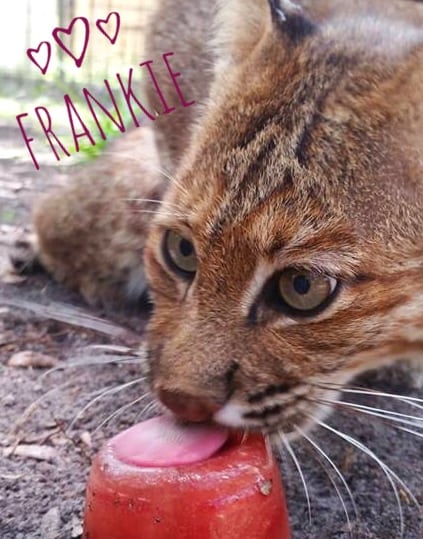 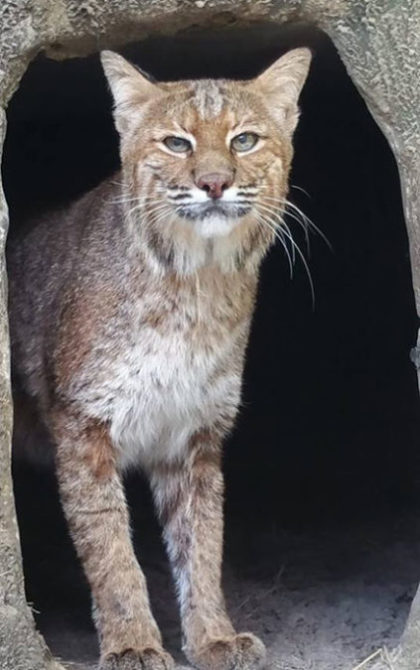 Frankie the bobcat, one of our newer residents, got a routine exam and was neutered yesterday. He is in good health and was vaccinated and microchipped. Bad news is he has some dental work in his near future. 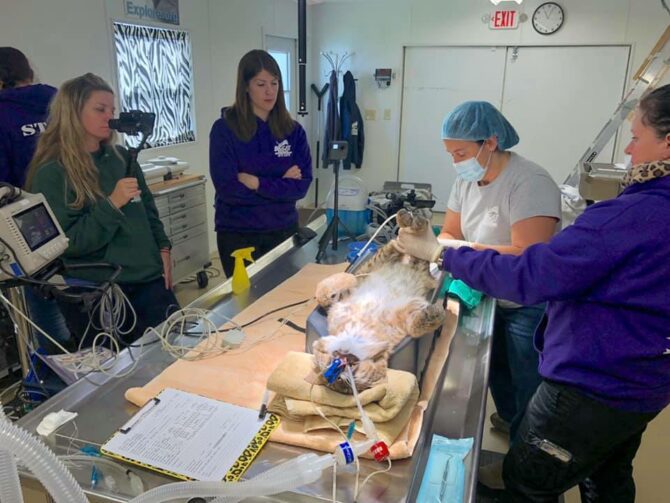 The many faces of Frankie bobcat 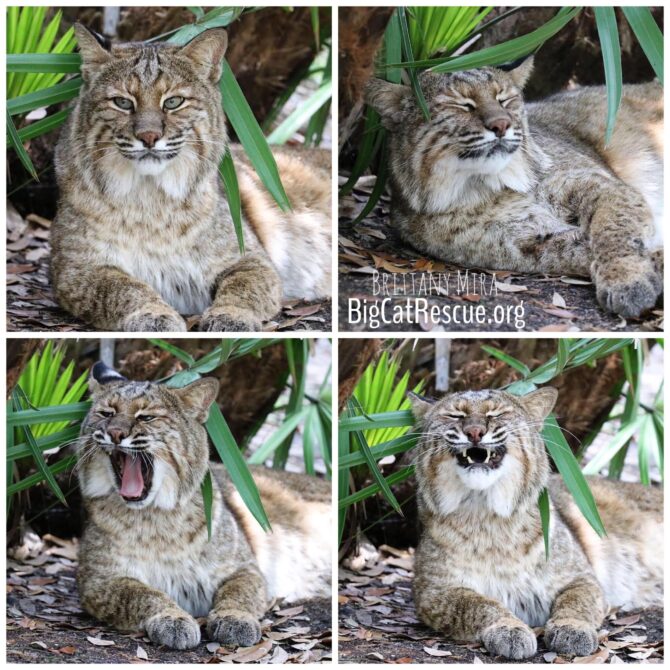 Sweet little Frankie bobcat was noticed to be limping and had a cut on his foot so he will spend some time on cage rest in the recovery hospital. 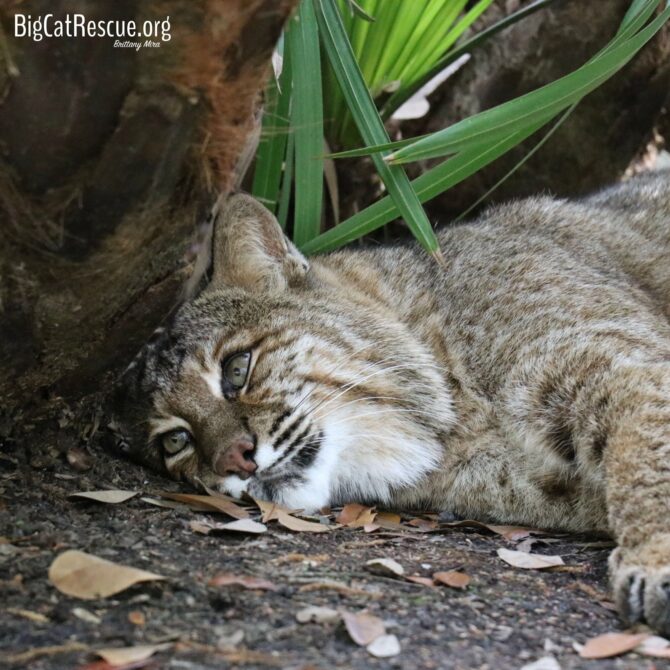 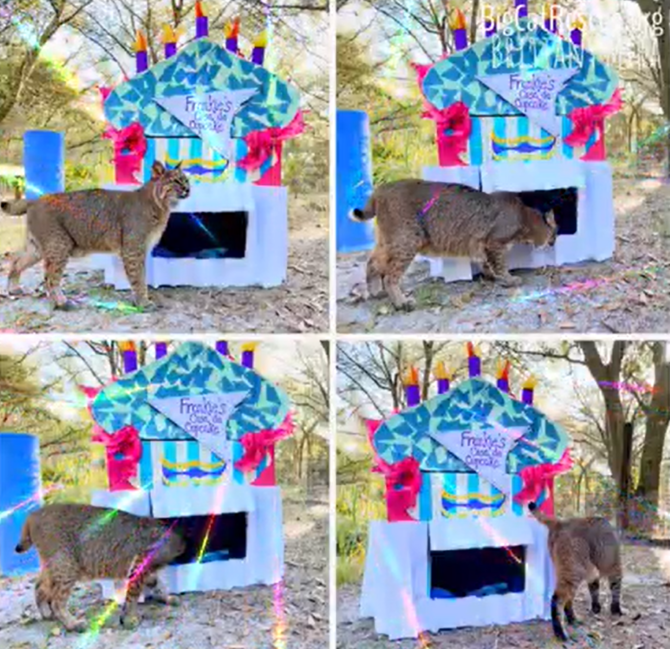 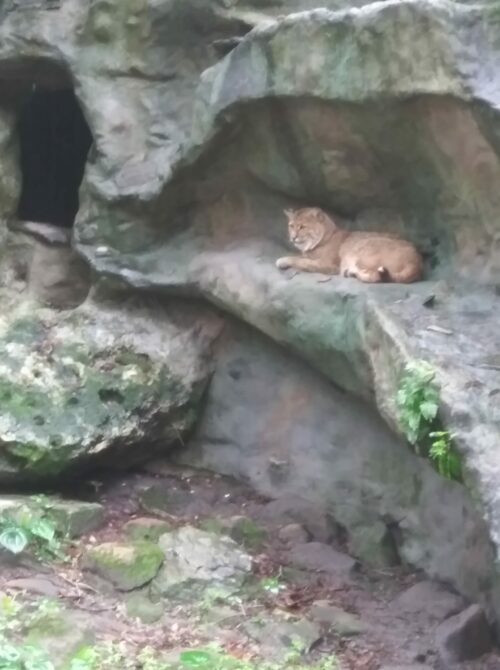 ( It was a beautiful sight that day to walk upon Frankie laying right in the Sun Ray’s coming down in his enclosure). I’ll take a golden Bobcat over a pot of gold any day! 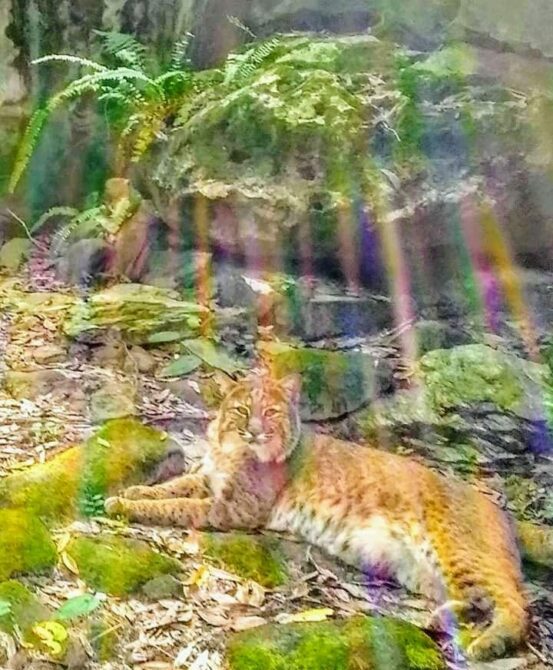 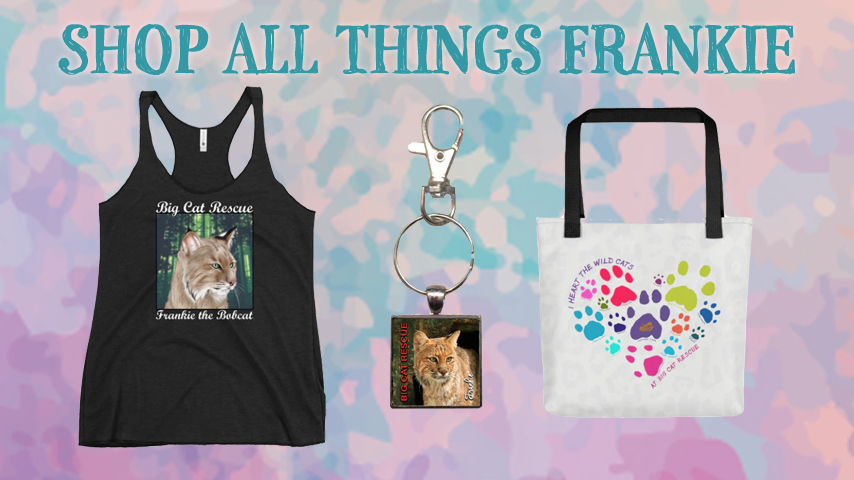