0
SHARES
3.1k
VIEWS
Share on FacebookShare on TwitterShare via Email Cyrus is a caracal who was born in 2010 in an Okeechobee, FL breeding cattery that sells more servals and other small exotic cats into the pet trade than any other we know.  The owner claims to be a wildlife rehabber and is lauded as such by the community.  But the primary source of revenue for this misguided operation appears to be from breeding wild cats for a miserable life in cages.  Cyrus was sold as a kitten to another hybrid breeding cattery in Ohio.

In Ohio Cyrus shared a room in the basement with Chaos, a female caracal who was a year older than him. They were used to breed caracals and hybrid cats for the illegal pet trade.  We say “illegal” because it was illegal to breed them in Ohio.  But in states like Florida it is not.  Because there is virtually no tracking of these animals they are frequently sold across state lines, irrespective of the laws.

When the Ohio Department of Agriculture learned of the illegal possession and breeding they seized Cyrus, Chaos and a serval named Zucari and asked Big Cat Rescue to come pick them up and give them a permanent home.  The Agency told us that the only way Cyrus and Chaos got any time out side in the sun was in a small outdoor cage attached to the basement.  All of the cats had been declawed, which was also illegal, but some veterinarians don’t know the laws about exotic cats or just break the law knowing they will not get caught.

Cyrus arrived with a virus that can be life threatening if it mutates.  The virus is common in breeding catteries due to the over-crowded conditions and lack of fresh air and sunshine.  The owner said she knew about it but had not come up with a way to deal with it, other than giving away the infected cats.  Hopefully the virus will stay dormant and Cyrus will have years with lots of room to run, chase bugs, and be a cat.

Cyrus and Chaos the Caracals, along with Zucari the Serval have arrived. Come along as they are released into their forever homes. Wear their gear to show your love and support for them https://big-cat-rescue.myshopify.com/search?q=cyrus the profits go to caring for the cats!

The two Caracals were housed in a cage in the basement and had access to a small enclosures outside via a door, they were house together and are both intact.

The serval was housed in an out door dog kennel type cage with approximately two dozen hybrids and domestic cats.

All three cats were sedated on Monday morning for a basic exam to have blood drawn to be microchips and to get vaccinated.

If you want to be an integral, important part of rescuing Cyrus, Chaos and Zucari, we would be very grateful to receive your donations toward the cost of their transport, surgeries and lifetime care at our sanctuary. It is your donations that allow us to continue to be able to immediately say YES when we are asked to save exotic cats in need! THANK YOU!

Cyrus Caracal is being seen by Dr. Justin in the Windsong Memorial Hospital for possible dental issues. 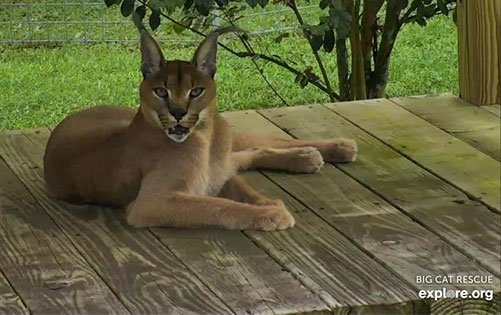 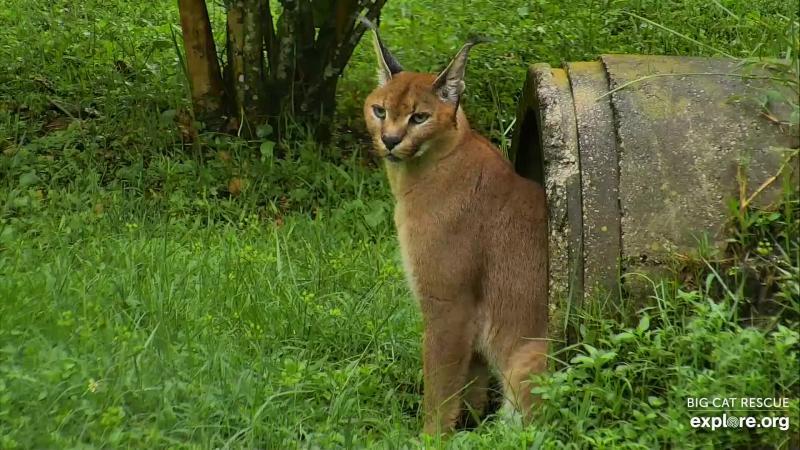 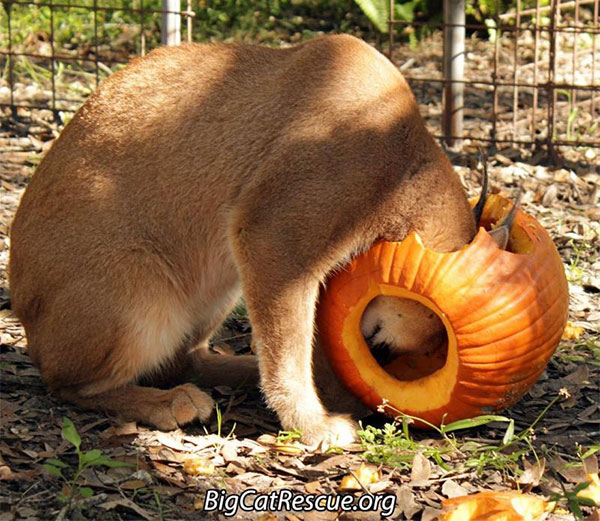 Did you know you can sponsor/adopt Cyrus Caracal for as little as $25.00?

A four-page color fact sheet about your chosen species

Registration Card you use to select the cat of your choice. The card has the link to our website to see the cats and their bios

If this interests you go to https://big-cat-rescue.myshopify.com/collections/sponsor-a-cat/products/download-caracal-sponsorship

You can find shirts, tote bags, mugs, necklaces, mousepads and so many more fun items featuring Cyrus Caracal in our online gift shops.  Go to reach gift shop linked below and search “Cyrus Caracal.”  Your PURRchases of Cyrus Caracal Gear helps us provide for all the cats at Big Cat Rescue and work toward ending the abuse and exploitation of big cats. 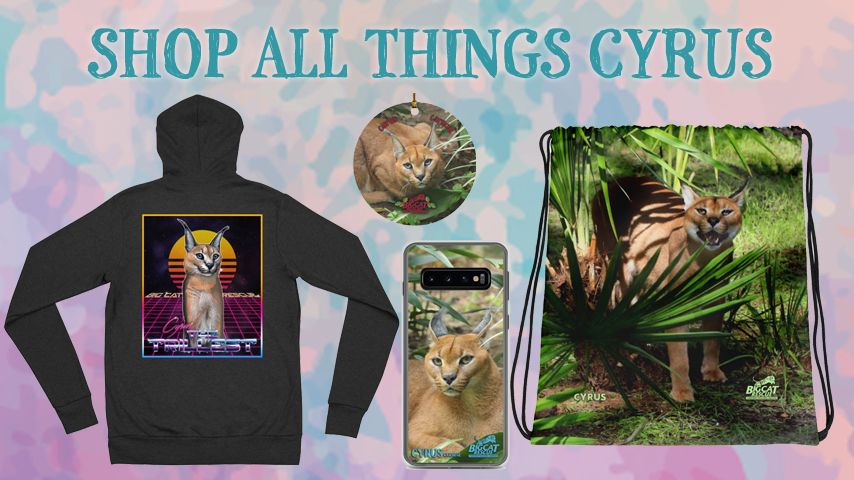